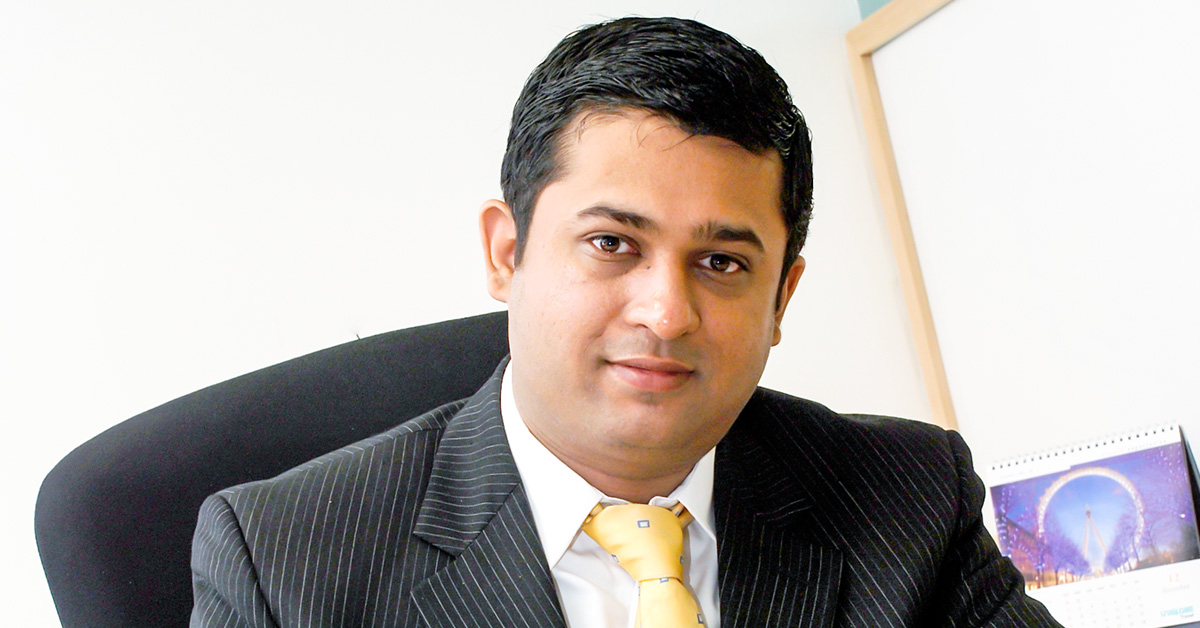 “There is a lot more confidence in the Indian ecosystem today”

‘Out to challenge the status quo,’ reads the company tagline for Bengaluru-based Eka Software, a commodity trading software company, founded in 2004 by Manav Garg, a commodity trader-turned-entrepreneur.

Garg, who started his entrepreneurial journey in the early 2000s, has seen many seasons of entrepreneurs, the rise of Indian startup ecosystem and, along the way, has grown his company to a leading provider of commodity management solutions all over the world.

Eka has, till date, raised $65 Mn in total funding with the last round, which was closed in 2014, seeing $40 Mn accrued in its kitty. Since then, the company has neither raised any funds not felt the need to do so.

Eka Software counts big companies such as UK-based mining giant Rio Tinto, U.S- based grains trader Cargill,  a Canada-based  global trading house of feed and food products BroadGrain,, and Australia’s largest exporter of grain, the CBH Group as its clients. Quite the list.

Flipkart’s acquisition by Walmart in May this year marked a moment for many of us to sit back and monetarily reflect on the journey of Indian startups. Considering the increasing importance and dynamism of the Indian startup ecosystem, Inc42 has set out to speak with some key stakeholders and pick their brains on some important topics to help decode the vast ecosystem for our readers.

With the startup ecosystem booming, most of the investors and startups Inc42 has spoken to are unified in the view that it is the best time to be an entrepreneur in India.

Garg, on the other hand, believes there is no “best time” or “right time” to be an entrepreneur. He does feel that the number of opportunities is far more at present than it has been in the past. And these increasing opportunities for entrepreneurs are being created because the Indian market is opening up, online penetration is higher, and the global market has far better acceptance of Indian software than ever before.

“There is a lot more capital across each stage of investment and the talent is now better compared to what you got 6-10 years ago,” says Garg.

During research on Garg in the lead up to the meeting with him, a interview of his from around four-five years ago popped up, in which he talked about the “thought process” of Indian entrepreneurs being a step behind that of their western peers. Naturally, we thought it apt to question him about this.

But Garg feels a bit differently about the topic now as things have changed a lot and are “much better” than how they were five years ago. “What I meant by ‘thought process’ was the ability of an Indian entrepreneur, especially a software entrepreneur in the product space, to take larger risks and think of scale,” Garg explains, as an update to his comment in the interview in question.

He cites the the example of Reliance, which invested $10.8 Bn (INR 80K Cr) before it got even a “single rupee” from Reliance Jio, as an example of the “scale of thinking” he is talking about.

“As more capital is available and there are more success stories in the ecosystem, Indian entrepreneurs can take bigger risks and think in a bigger way,” he adds.

We also asked Garg his views on new technologies such as artificial intelligence (AI) and machine learning and their future in India. “Every few years, new technologies keep popping up, there are two things that are happening right now: 1) The technology cycles are shorter now and 2) A lot of new technology is helping productivity increase — like AI is helping automate monotonous tasks and keep error levels low,” says Garg.

He cites another example of an AI use case: If your business is generating a lot of invoices, you can put in an AI algorithm in place to help manage it. Automating mundane tasks is the lowest hanging fruit for AI because people understand it, it is simple mathematics, and the ROI is simple and easy to understand, says Garg.

“If you use AI to to up farm productivity… that’s a more complex algorithm. In healthcare, a predisposition to a particular disease based on your lab tests and on your genetics is a complex task. All this takes more time to prove because the data has to be there and the algorithm has to be proven in the field over a longer period of time. So, the monetisation and the use case will be proven over a longer period of time. Your AI applications need to have a very focused use case,” explains Garg.

So, what’s in for the Indian startup ecosystem going forward?

“A lot has happened over the past 10 years. The Flipkart exit happened, there is a lot more confidence in the Indian ecosystem in the sense that investors can make money and entrepreneurs can make sustainable companies,” says Garg.

Going forward, we’re are going to see startups focussed on the India market as well as setting their sights on global markets and thinking about achieving huge scale, he wraps up.

Looks like the “thought process” of Indian entrepreneurs is catching up with that of their western peers.