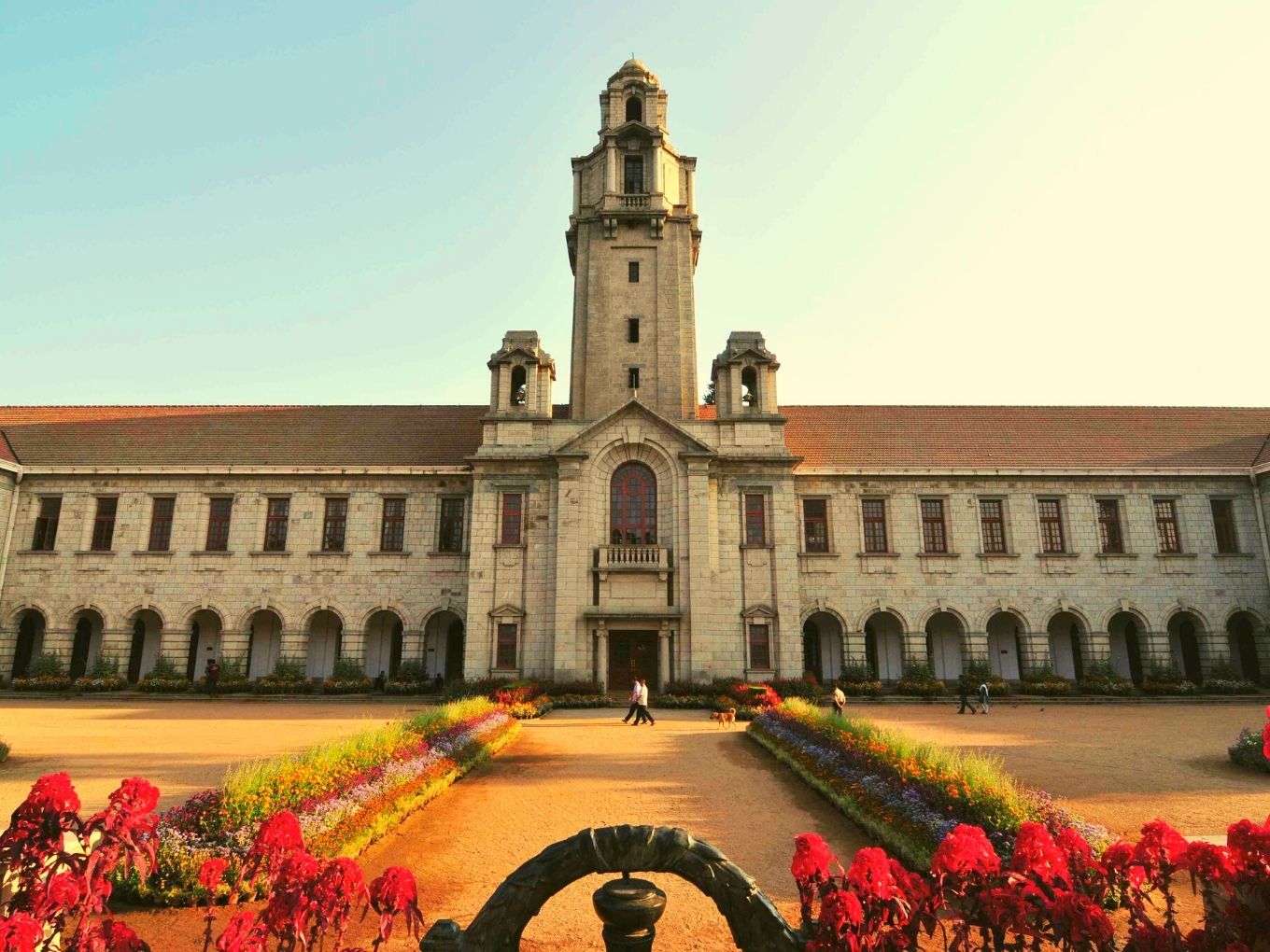 With the recent buzz around vaccine, drones and connected devices in healthcare, India’s deeptech startups and the deep science segment within the deeptech ecosystem have risen in prominence

In the last six to seven months, about eight to 10 startups have been working towards providing solutions for Covid-19, said CS Murali, pointing at how some of these startups leveraged underlying technology to solve the pandemic crisis

SID has incubated close to 40 startups till date, and in the last six months, it has added three new startups, with another six in the pipeline. These include startups such as Mynvax, Azooka Life Sciences, Deepika Padukone-backed Bellatrix Aerospace and others

It took a pandemic for Indian scientific research and development to come to the fore. For decades, India’s scientists have quietly toiling away and grinding out research that has helped improve the ground reality, with limited backing, a revolving talent pool and no real capital to fall back on. But with the Covid-19 pandemic, years of research and development has been reimagined for the problem at hand, with a touch of new-age deeptech building blocks.

With the recent buzz around vaccine, drones and connected devices in healthcare, India’s deeptech startups and the deep science segment within the deeptech ecosystem have risen in prominence, combining artificial intelligence (AI), internet of things (IoT), drones, robotics, biotech innovation and more. This revolution is being driven by a renewed focus of VCs on the deeptech sector, incubators and institutions such as the Indian Institute of Science (IISc), Indian Institute Of Technology (IIT) and others, along with niche accelerators and incubators.

“In fact, in the last six to seven months, about eight to 10 startups have been working towards providing solutions for Covid-19. This is not a pivot in the true sense of the world. Since these are deep science startups, their underlying technology provided an extension to solve for Covid-19 and our startups looked as an opportunity,” stated CS Murali, chairman of SID (Society of Innovation and Development), a startup incubation wing at IISc, Bengaluru.

Among the startups being incubated at SID is Mynvax, which has been working on a vaccine for local influenza and has extended their work to Covid-19. IISc-backed SID has been helping the company attract funding, including an INR 15 Cr from biotech incubator Biotechnology Industry Research Assistance Council (BIRAC) to further scale the process.

Similarly, another SID-incubated startup General Aeronautics, which was building drones for agritech and healthcare, extended its scope for sanitisation and crowd control. The IISc incubator has helped the startup work with the Karnataka state government for spraying disinfectant and moral policing.

An industry vetran, and once a venture capitalist, Murali, who leads the efforts at SID, understands the mindset of the industry stakeholders, and believes that the incubator provides that platform for young scientists to fuel deep science innovations in the country, which is sorely lacking.

Founded in 1991, SID is a society registered under the Karnataka Societies Act, with a symbiotic relationship with IISc. Over the years, the incubator has refined its model into three categories, including CORE (engages with large corporations in collaborative research), TIME (works with mid-sized enterprises to put them on a disruptive growth path via innovation) and STEM (incubates startups that have deep science and societal impact at their core).

Till date SID has incubated close to 40 startups, and in the last six months it has added three new startups, with another six in the pipeline. These includes startups such as Mynvax (currently developing Covid-19 vaccine), Azooka Life Sciences, Deepika Padukone-backed Bellatrix Aerospace, General Aeronautics, Direct Electric, PathShodh Healthcare among others

Murali told Inc42 that one of the biggest challenges in science R&D is that many of these scientists are not business savvy and pitching ideas to investors ain’t their cup of tea. “So, we help them completely in terms of funding, to mentoring, research and development (R&D) lab facility and developing a business plan, along with the go to market strategy. Besides this, we also educate them in terms of how they should present it to the investors as well.”

Changing The Trajectory Of Deeptech Startups

Deeptech as a sector with deep science as a segment has never been an investor favourite, and that’s largely because original work in this regard is still nascent in India. According to Inc42 Plus, over the years, deeptech has struggled to sustain the momentum in attracting high-value investments. For instance, in the first quarter of 2019, the deeptech sector recorded a total investment of $9.58 Mn, a mere 1% compared to ecommerce ($958). But things are changing as many have realised that deeptech applications and products will be the bedrock that will secure the future of the digital economy.

“Incubating a deeptech or deep science startup is considered as a high risk activity and the percentage of ‘yet-to-be-proven’ ideas of startups that successfully exit incubation and move to the next level is miniscule. But when it happens, it is highly rewarding” Murali added, pointing at the time, capital and effort that it takes to commercialise deeptech and deep science innovations in the country.

Also, SID told Inc42 that some of its startups have managed to receive support ranging from INR 10 Lakhs to INR 5 Cr from various corporations like Citibank, Honeywell and SBI among others.

Meanwhile, eliminating the risk associated with deeptech, private incubators have now emerged in the space, to provide required handholding and scale their business faster into the market. In March 2020, Bengaluru-based venture capital firm Chiratae Ventures launched its Innovators Programme aimed at deeptech startups in India, where it looks to support seed and early-stage high-impact startups.

At the same time, the Indian government’s decision to push deeptech and deep science among other sectors as part of Aatmanirbhar Bharat scheme to further boost localisation and exports in the country looks promising for deeptech startups as investment often follows policy.

According to Murali, 85% of IISc-backed SID’s startups are into deeptech and deep science space, and the rest are into software and app development. SID said that typically, the incubation period for these startups ranges anywhere between three to five years, as most of its startups life cycle involves in designing, prototyping, multiple iterations, testing, registration and approvals etc. This is why many deeptech products and solutions take longer to get it into the market.

With the IISc tag, SID has an added advantage where its startups can utilise the state-of-the-art facility and infrastructure that support niche innovations in the area of spacetech, agriculture, medical simulation, nanotechnology, biotechnology and mobility among others.

“Being associated with IISc allows our startups to leverage the deep technical knowledge within the university, be it access to professors, researchers, labs etc. We couple this with business mentorship from a large pool of industry mentors that provides a pathway of success to startups.”

The selected startups at SID get an initial grant of INR 10-30 Lakhs at 4% to 10% stake in the company, which depends on the solutions offered by startups (idea, lab prototype, the initial version of the product ready, etc). Besides these, there are a set of common things that all startups get, which includes rental free space, high-speed internet connectivity, medical insurance among others.

With this, SID looks to reduce incubation risk, where it evaluates the solutions developed by IISc scientists. The incubator carefully checks the proven laboratory and product ideas, along with its commercialisation ability, including manufacturing, cost feasibility, market sensitivity and pricing among others. It’s looking to expand its incubation capacity in the coming months by adding more facilities, which has taken a slight backseat with Covid-19.

“At present we are doing about ten startups a year, a new research park is in the process of being commissioned at IISc, once ready, we will be able to scale up our operations,” Murali added.