How To Scale Up Your Startup Fast But Not Break Things

How To Scale Up Your Startup Fast But Not Break Things 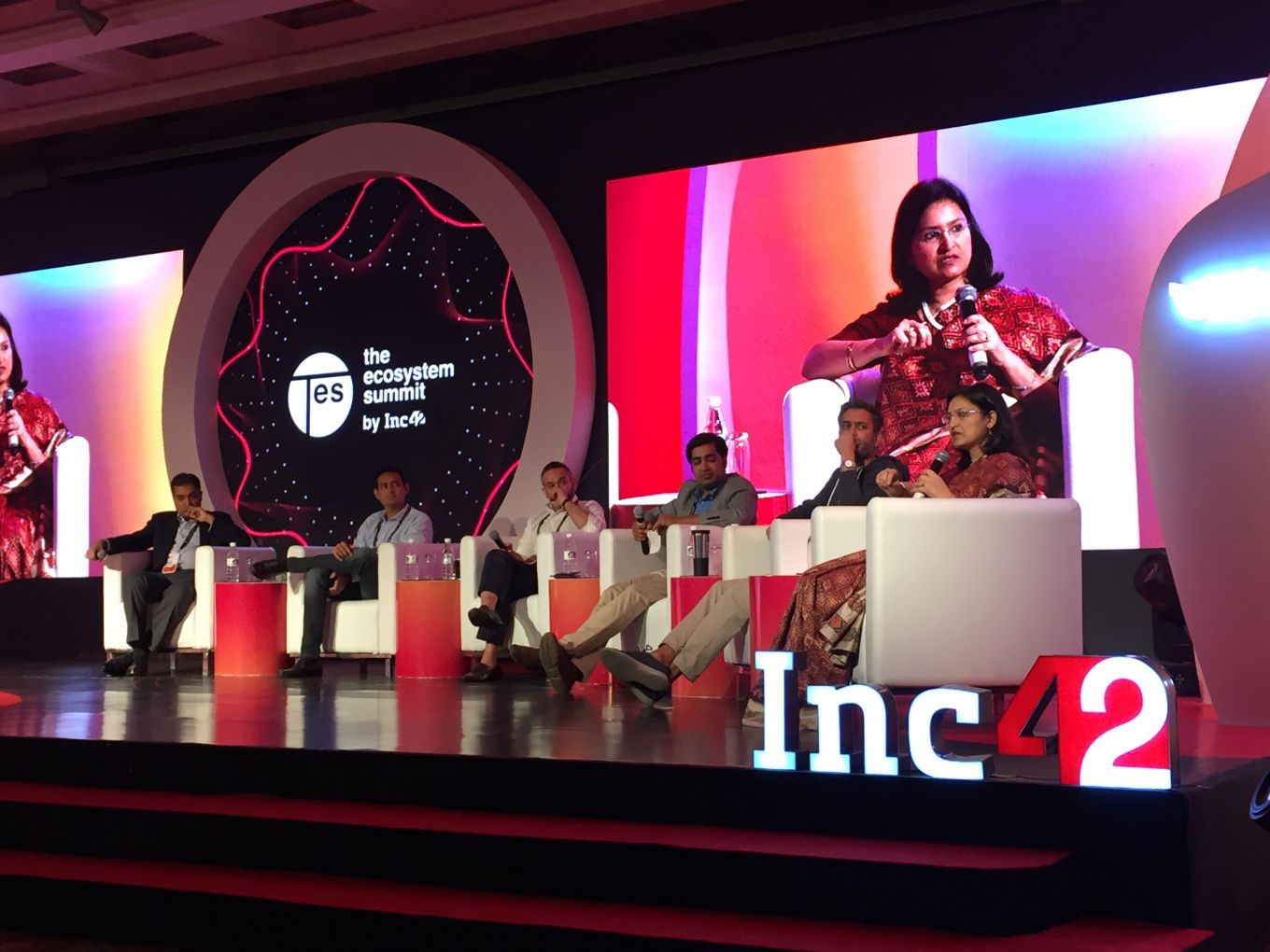 Contemplating scale? A lot depends on the product you’re building and the stage you’re at

How do you move fast while going slow so you don’t get blindsided? Well, it’s an oxymoron — one that all entrepreneurs must grapple with as they get ahead in their startup journey and seek to scale.

“Entrepreneurs have to make constant tradeoffs — sometimes you trade off for speed and sometimes you do it for control. It’s about people more than the process. People make companies, so the decision you have to make is whether you want to hire for attitude or for competence — hustle or skill,” said Bejul Somaia, partner, LightSpeed Venture Partners.

Somaia was speaking during a panel discussion entitled ‘The Bulls and Bears of India’s VC Industry’ at Inc42’s The Ecosystem Summit, held in New Delhi on November 16.

According to Inc42’s The State of The Indian Startup Ecosystem 2018 report, India has 39,000 operational startups at present who have created $130 Bn worth of value. The intention of bringing the panel together was to bring expert insights to those among these 39,000 who have aspirations of scaling their business but are unsure of what lies ahead.

The discussion hovered around topics such as the importance of people in creating long-lasting companies and how entrepreneurs need to be equally adept at managing people as finance. What also emerged was that while contemplating scale, a lot depends upon what kind of product you are buildings and at what stage you are.

“At a certain stage, you have the service level agreement (SLA) that you have to deliver. One must have the ability to bring the lowermost employee in the hierarchy to feel the pressure and the same desire to meet the SLA as much as the CEO. To build the culture as you are scaling is difficult and then, at that point, the processes which include culture and practices become even more important,” said Singhal.

The timing of building these processes also plays a crucial role in a company’s scalability plans. Singhal explained this with an example: “If a startup is working on a network app where they are learning from what consumers are doing with the app and gaining insights…then it’ll be difficult for them to succeed because they will end up focusing more on the process than what the market is telling them.”

Ideally, as one gets further into the startup journey, surprises should be replaced by the expectation of outcomes that one has planned for and a plan of action that lays out the vision for the company.

Scalability Is Not Accidental

Entrepreneurs must remember that scalability is not accidental and one doesn’t just chance upon it, pointed out Bansal. Rather, it is a meticulously designed plan that is built brick by brick, which takes a lot of hard work and requires efficient managing of the business and of people.

When you start up, decision-making can be decentralised and informal. But as the company grows and you bring in external people, you need to put systems in place to accommodate diverse ideas, thoughts, and synchronise them into the startup vision. “Even if it feels like the boring stuff, at the end of the day it is the boring stuff that helps companies grow sustainably,” Bansal added.

You have to go from a risk-taking visionary entrepreneur to a visionary manager, said Anjali Bansal, Founder, Avaana Capital

Patni has his criteria in order when it comes to scaling. Typically at the stage at which Ideaspring Capital comes in, they are: working to establish a product-market fit; getting validation through proofs of concept (POCs); and figuring out the next steps the startup needs to take to get to scalability and Series A.

It is very important for entrepreneurs (and especially true for enterprise startups) to always be selling, said Arihant Patni, Managing Director, Ideaspring Capital

“A lot of entrepreneurs are focussed on the product and the tech while not focussing too much on the ecosystem around them, like making the right contacts. As of this year, we have seen three examples of companies which impressed their potential customer enough that the customer considered buying them out,” said Patni.

The Entrepreneur Of Today: Taking Lessons From The Funding Winter Of 2015-16

The entrepreneurs of today have become faster and smarter at adapting to changing times and technologies. The reason for that is the bitter lesson of 2016, when private equity investments in India fell after a steroid-filled 2015.

According to Singhal, the investment lull of 2015-16 was a great learning experience for the Indian ecosystem, which led to the consolidation of a lot of businesses. “People in 2014 had never seen a downturn and everyone wanted growth and more growth. In some ways, this generation of entrepreneurs, who began their journey post-2016 are more insightful from the experiences of the downturn,” said Singhal.

According to the Randstad Workmonitor survey, 83% of the Indian workforce would like to get into entrepreneurship — much higher than the global average of 53%.

But it has also been reported that 90% of startups in India fail within the first five years of inception. This despite the fact that the country has the third-largest startup ecosystem in the world and, thus, a lot rides on startups that are looking to scale as their success or failure will have a huge bearing on the Indian startup ecosystem.

Scaling, in the end, is all about trying to find the right “chi” that encompasses a balance between aggressive growth and long-term stability to pounce on the right opportunity.