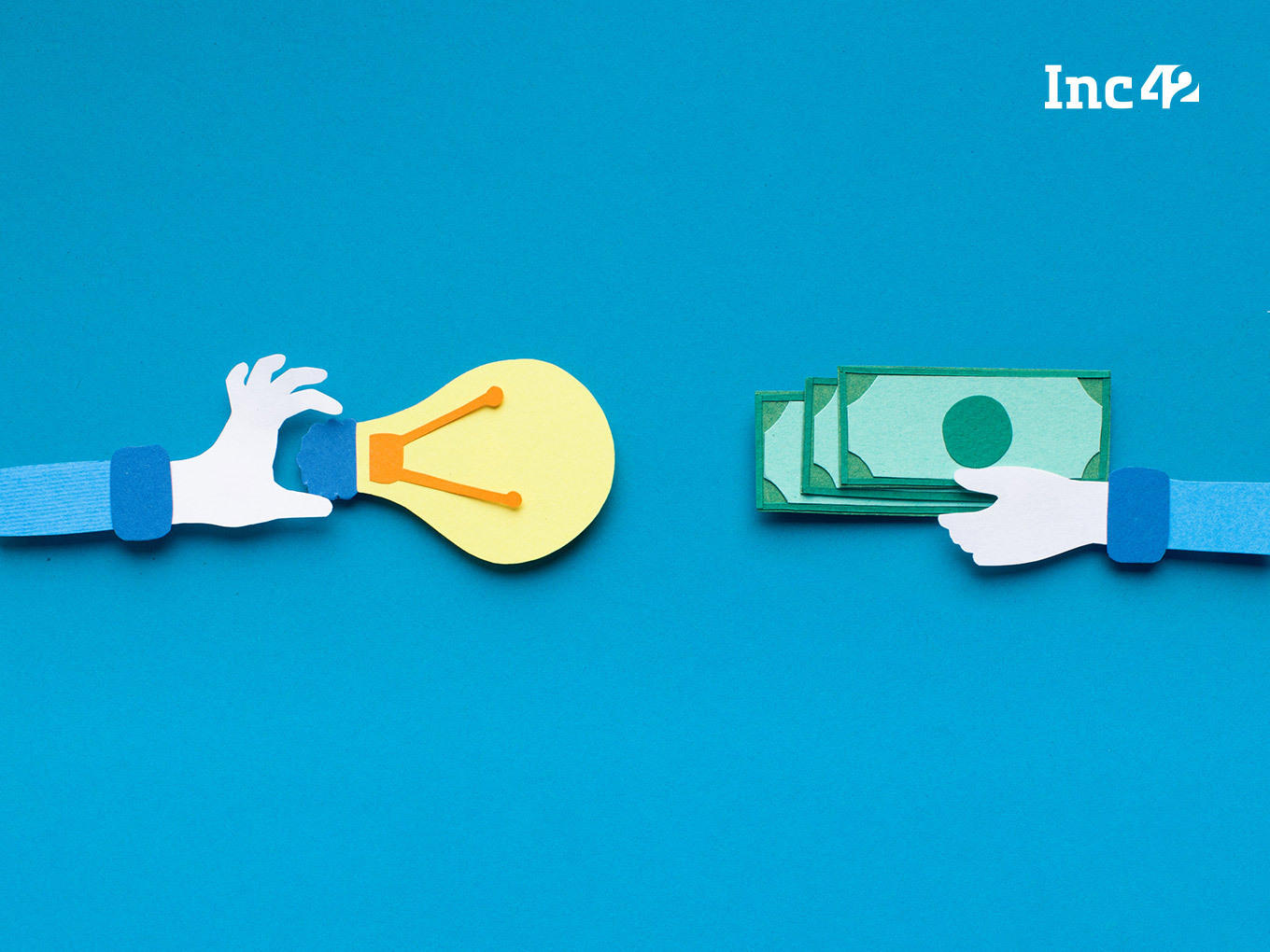 As the year 2021 witnesses the highest number of unicorns across the Indian startup ecosystem due to massive and concentrated funding, a large chunk of startups are left with short runaways and are struggling to raise capital

Pre-Series A and Series A startups are left in the lurch as the pandemic continues surge across the country, say experts

As India is passing through an unprecedented economic recession, there are further apprehensions that the Covid-19 pandemic may trigger depression. The Reserve Bank of India observed in its bulletin that the biggest toll of the second wave is in terms of a demand shock — a loss of mobility, discretionary spending and employment, besides inventory accumulation, while the aggregate supply is less impacted. Even then, the resurgence of the pandemic has dented but not debilitated economic activity in the first half of Q1: 2021-22. Although extremely tentative at this stage, the central tendency of available diagnosis is that the loss of momentum is not as severe as it was a year ago.

The pandemic-induced remote working has also changed companies’ work culture and operations. The massive changes in the white-collar job segment across cities have also impacted consumer behaviour and consumption habits, forcing startups to tweak their products, services and revenue models. In contrast, startups catering to the great swathes of semi-urban and rural areas have been able to up their game as new users continue to leverage digital inclusion.

Understandably, the digital quotient (a digital-first approach) has become one of the essential parameters when it comes to a startup’s valuation and eligibility for fundraising. In addition, investors are also focusing on a few fundamentals such as founders’ experience, exposure, and capability to adapt and thrive during a black swan event. In brief, the pandemic has changed the world of business, especially the startup ecosystem, its success criteria and the basic rules of funding/investment.

Unlike 2020, both deal count and the funding raised by startups till the first quarter of 2021 show better promise. But the onslaught of Covid-19 will continue to impact funding and valuation. It may also push some startups to down rounds, which occur if a startup raises funding at a lower pre-money valuation than its immediately preceding funding round. Such a scenario will also impact upcoming mergers and acquisitions as distress sales may happen more frequently, believe experts.

“Unlike last year, when it was estimated that at least 70% of the startups might witness a 25-40% reduction in valuations, this year, the overall impact could be limited to 10% due to the uncertainty of the second (Covid) wave or the third wave,” — Santosh N, MD, D&P Advisory

As we reported last year, not only did the valuations go down for many startups, but they also witnessed a sharp decline in their valuation-dependent market indicators. A year on, we are again looking at the impact of the Covid-19 pandemic on startups’ funding and valuation and deciphering the changes in their term sheets/offer documents.

As part of its WTF: Startup Equity event, Inc42 recently hosted a Masterclass titled How To Protect Your Startup From Downround by Santosh N, MD, D&P Advisory. The Masterclass delved into the down-round protection clauses in shareholding agreements, alternatives to down rounds, how one can avoid them and whether there are legal provisions to help startups.

To understand the current scenario, Inc42 has spoken to several valuation experts, legal advisors and fund managers and identified a few unique trends.

Speaking about how startup funding has become a different ballgame in India and worldwide, Siddarth Pai, founding partner of 3One4 Capital, says, “It is not just about startups. There is a regular valuation downtrend across all technology entities whether they are startups, listed enterprises or the largest companies in the world Apple Google, basically everyone. The cycles are becoming stronger and the largest companies attract the largest amount of capital”

Pai has a point. Be it Lightspeed, Sequoia, Tiger Global or Falcon Edge, marquee investors have successfully raised insane funding while smaller venture capital funds struggle to raise money from limited partners and invest in good startups. Similarly, Indian startup giants like BYJU’s and Unacademy continue to raise massive amounts and grow bigger as the rest struggles to survive.

Besides edtech giants like BYJU’s and Unacademy, fintech startups like Cred, Groww and a few others have also raised back-to-back funding. It makes them hideously overvalued and further underlines how VC money (read a few investors) is targeting only a few companies. In essence, funding is getting concentrated, a trend already noticed by capital markets regulator SEBI that has mandated certain restraints in its latest amendment..

But there is more. With too much VC money targeting and investing in too few startups, unicorn minting in India has become easier than ever in recent times. For instance, the average time taken by startups founded in the early 2000s to turn into unicorns was 10 years. However, companies set up post-2010 take around five years to become billion-dollar entities. Between 2014 and 2017, 10 startups achieved the much-coveted unicorn status, and the number rose to 37 between 2018 and 2021 (till May). Interestingly, the year 2021 is not even halfway through, but the startup ecosystem has already clocked a 4x growth rate in the number of unicorns.

However, this funding concentration is not likely to help most Indian startups, say experts, raising serious questions regarding distribution, overall startup valuations, down rounds and their impact.

Most of the founders, as well as investors, keep getting squeezed because of bigger players. And the pandemic has taken this to another level, thinks Pai of 3One4 Capital.

Pandemic Puts Pre-Series A, Series A Startups In Jeopardy

Pre-Series A and Series A startups looking to raise large funding are witnessing a massive crunch, given the trend of funding concentration. Most of these companies raised their last round of funding in 2018-2019 but currently find it hard to raise fresh rounds at better valuations. Many of them have been advised to take the M&A route or asked to adopt the wait-and-watch strategy, say experts. But as these startups have already raised money from institutional investors and have HNIs on the cap table, they are revisiting their funding strategy to go ahead with their growth plans. This is why startups may consider accepting the anti-dilution agreements offered by existing investors.

“Anti-dilution and large valuations actually go hand in hand – the higher the upside, the stronger the downside protection ” — Siddarth Pai, 3One4 Capital

According to Santosh N. of financial consultancy firm D&P India Advisory Services, early pre-Series A and Series A startups will suffer more than the companies slightly later in the lifecycle as late-stage companies have a better pool of investors to help protect the company’s interest.

The gap between the top startups and those in the next phases are now so wide that several investors doubt whether the latter can ever compete against the Goliaths. Worse still, they may not get an opportunity to raise the much-needed funding in the near future. Take, for instance, the Bengaluru-based health management startup Kuvera. Although it is much appreciated for its simple interface and value-added features, the company may find it difficult to convince investors until it provides out-of-the-box solutions that its competitors are not currently offering, says an investor who does not want to be named. Kuvera had last raised $4.5 Mn in Series A in 2019.

Similarly, “Delhi-NCR-based healthtech startup MyUpchar raised its Series A funding in 2018 and is looking to raise more. In fact, dozens of startups, which raised Series A funding in 2018 and 2019 with the promise that they would meet their targets by 2020, missed the milestones they agreed upon and now find it difficult to close the next round as investors look into their performances,” says the investor.

Comparing the pre- and post-pandemic market changes, Pai of 3One4 Capital explains the key difference between the two. “Earlier, if you developed an innovative product, you could attract capital and grow. Now, if you have capital, you can start attracting talent and innovation. This is a fundamental difference that we are seeing right now. It is due to large amounts of capital chasing very few assets.”

This ‘preferential’ approach does not bode well for early-stage startups looking to raise capital at high valuations, as they may have to opt for anti-dilution agreements.

Manu Varghese, partner at Mumbai-based legal firm White & Brief, says that some of the startups running short on money face a dilemma. At one end of the spectrum, their existing investors may not be willing to participate in the next round, while the startups may not be able to raise funds without diluting their shareholding. Consequently, existing investors may seek to invoke anti-dilution measures to safeguard themselves against new investors.

In such cases, investors leverage anti-dilution mechanisms such as full ratchet or weighted average. Full ratchet does not consider the number of shares that are going to be issued. Even if one share is issued at a lower price, the preferred shares (held by investors) are automatically converted to the lower price band, which drastically impacts the founders’ stake. On the other hand, weighted average invokes anti-dilution based on the value and the number of shares being issued and adjusts the average price accordingly.

As full ratchet is considered one-sided and hampers startups’ and founders’ interest, most investors have now moved to weighted average instead of full ratchet, with full ratchet emerging selectively in much larger rounds with higher valuations, says Pai.

Early-stage investors offer lower valuations, so the anti-dilution ends up being broadband. Whereas some late-stage investors who offer eye-watering valuations may insist on full-ratchet to protect any down-side risk to prevent a squeeze out in future funding rounds.

“Thus, in the case of large fundraising at huge valuations, anti-dilution measures safeguard the incoming investors’ interests. They need to ensure that their downside is also protected due to the large valuations offered . Otherwise, their money is effectively subsidising the next investor who comes in at a lower valuation” says Pai.

Overall, down rounds have negative implications, but these may be essential at a time when the pandemic has impacted the national economy and the funding scenario is not favourable. But the most pertinent question here is: Can founders tweak their term sheets in advance to safeguard their startups?

Most of the experts who spoke to Inc42 think that it mostly depends on the negotiations between startup founders and investors, and it varies from case to case. Varghese of White & Brief says that some inclusions like a pay-to-play provision may help founders safeguard their company. A pay-to-play provision in a term sheet requires existing investors to participate, at the company’s request, in subsequent financing rounds on a pro-rata basis or stand to lose some or all of their rights.

There should be a clause that says if the existing investors do not wish to participate in subsequent financing rounds, they should not be allowed to exercise their anti-dilution right and/or the right to block subsequent rounds, says Varghese.

In essence, valuations and businesses must be perceived separately by startups. Founders should focus on the business side as their key priority instead of how their startups are valued. According to Santosh N of D&P Advisory, valuation is just one aspect of the startup business. Founders must concentrate on their targets and make sure that they achieved them regardless of down rounds. They also need to ensure that employees should not suffer in such cases and may utilise their ESOPs options.