The State Of Startups In Punjab: Can The Land Of Green Revolution Nurture Tech Innovation?

The State Of Startups In Punjab: Can The Land Of Green Revolution Nurture Tech Innovation? 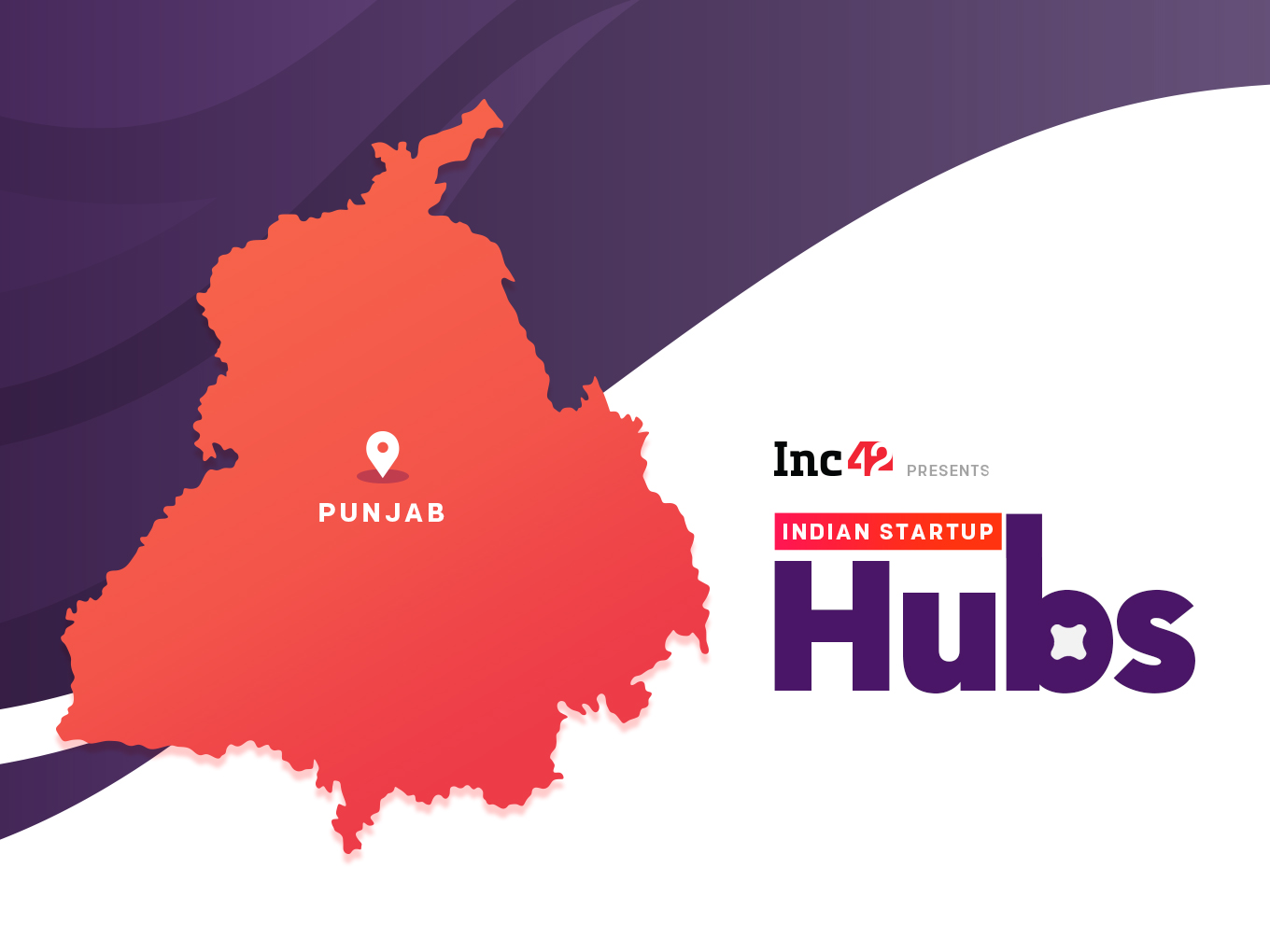 Despite great potential, the growth of the Punjab startup ecosystem has been gradual in comparison to other states

In 2019, a mere four startups that were funded in Punjab, including startups in Chandigarh

The state of Punjab has long held a significant place in India, thanks to its central role in the green revolution, which catalysed Indian agriculture tremendously. In the past decade, it has earned notoriety for a number of unsavoury reasons. Having overcome these, it’s also growing a reputation for being the land of entrepreneurs. A testament to this is the DPIIT’s state-wise startup rankings for 2018, which called Punjab an emerging state for startups.

That’s thanks to the entrepreneurial spirit among people in Punjab who are always on the hunt for a new business idea. Even so, the growth of the state’s startup ecosystem has been slow and gradual. According to the secondary research by Inc42 DataLabs, in 2019 there were a mere four startups that were funded in Punjab (including Chandigarh) with the total amount of over $8 Mn.

So what’s plaguing the Punjab startup ecosystem, and how have the state and central government’s policies and efforts helped boost innovation at the ground level? While answering these questions, we will also look to answer the question of how Punjab’s startups are earning recognition despite the slow investment and development.

The role of startups and technology in the modern-day economy cannot be understated. Not only is it crucial for jobs and wealth creation, but it also helps broaden India’s footprint on the global tech industry, which is the fastest-growing economic contributor. It’s no wonder then that state governments have taken such a keen interest in promoting and encouraging tech startups.

Among the initiatives and efforts in Punjab, the state’s Startup And Entrepreneurship Development Policy of 2017 has been a major step. Applicable for five years from its implementation (2017), the policy works with the mission of creating a conducive environment for the growth of startups. The goals set within the policy include:

Additionally, the state government has also provided seed funding and incentives for startups, as well as events and opportunities for entrepreneurs and investors to network and connect.

With the enabling organisations in Chandigarh and the major cities of Punjab such as Ludhiana and Amritsar, the state’s startup ecosystem is preparing to compete with other emerging startup hubs. Organisations such as TiE have brought startups the opportunity to meet other entrepreneurs, investors from across the country.

Besides TiE, incubators and coworking spaces are also doing their bit to help the state’s startup get the right exposure and platform for growth. However, the state lacks when it comes to accelerators, which can be explained by the fact that it’s still growing and accelerators usually come up when a city has at least a few growth-stage startups.

Punjab’s educational institutions play a vital role in promoting its startup ecosystem and this cannot be overlooked. Most of the state’s incubators are run by those who have come through its colleges and universities. These incubators not only support the startups in the seed stage but also young innovators who have the right idea but need help in firming up a vision.

The most prominent names among these include the Technology Business Incubator (TBI) at IISER (Indian Institute of Science Education and Research) Mohali, the TBI at IIT Ropar, the TBI CEED at Chitkara University, ISB Mohali, LPU (Lovely Professional University) Startup School and more.

Apart from the educational institutions running incubators, there are other prominent names that are not only acting as incubators but also offer coworking spaces, helping startups in the state find the right work environment to succeed. Some of the prominent incubators and coworking spaces are:

When talking about the investing organisations in the state, the most prominent name is Chandigarh Angels Network (CAN). CAN is a community that comprises of successful entrepreneurs, who have turned into angel investors, committed to supporting and helping promising startups from the state in their scale-up journey. The website of the organisation claims it has more than 45 members creating 1,500 jobs through the CAN portfolio.

Thanks to CAN, the state boasts of many angel investors, with some of the prominent names being:

Over the course of the past few years, there has been a rise in the number of promising startups in Punjab. Spread across sectors such as agritech, fintech and more, the startups have attracted the keen eye of the stalwarts from the ecosystem.

A few prominent names among those are:

Punjab’s Startup Hubs: Where Is The Innovation Coming From?

The Punjab startup ecosystem has produced some great ideas, but due to the lack of any major growth-stage startup, the state does not get enough attention.

Cities such as Mohali, Chandigarh and Panchkula (the Tricity) are emerging as the regional startup hubs in the country. Being part of this Tricity area gives startups the attention of many investors in the state, as well as other entrepreneurs and incubators.

Thanks to the presence of many prominent research institutions, Mohali, in particular, has easy access to massive talent pool from the state. And as a part of the few planned cities in India, Chandigarh and Mohali have great infrastructure and offer terrific living standards of top tech talent. The conditions are ideal, and it serves as an inspiration to innovation in other smaller cities.

Other upcoming startup hubs from Punjab include the cities of Patiala, Ludhiana, Jalandhar and Amritsar. Here too, educational institutions, colleges and universities are driving various initiatives to create a thriving startup ecosystem that Punjab can be truly proud of.