From Seed To Success: How Accelerators Make A Difference In A Startup’s Journey

From Seed To Success: How Accelerators Make A Difference In A Startup’s Journey 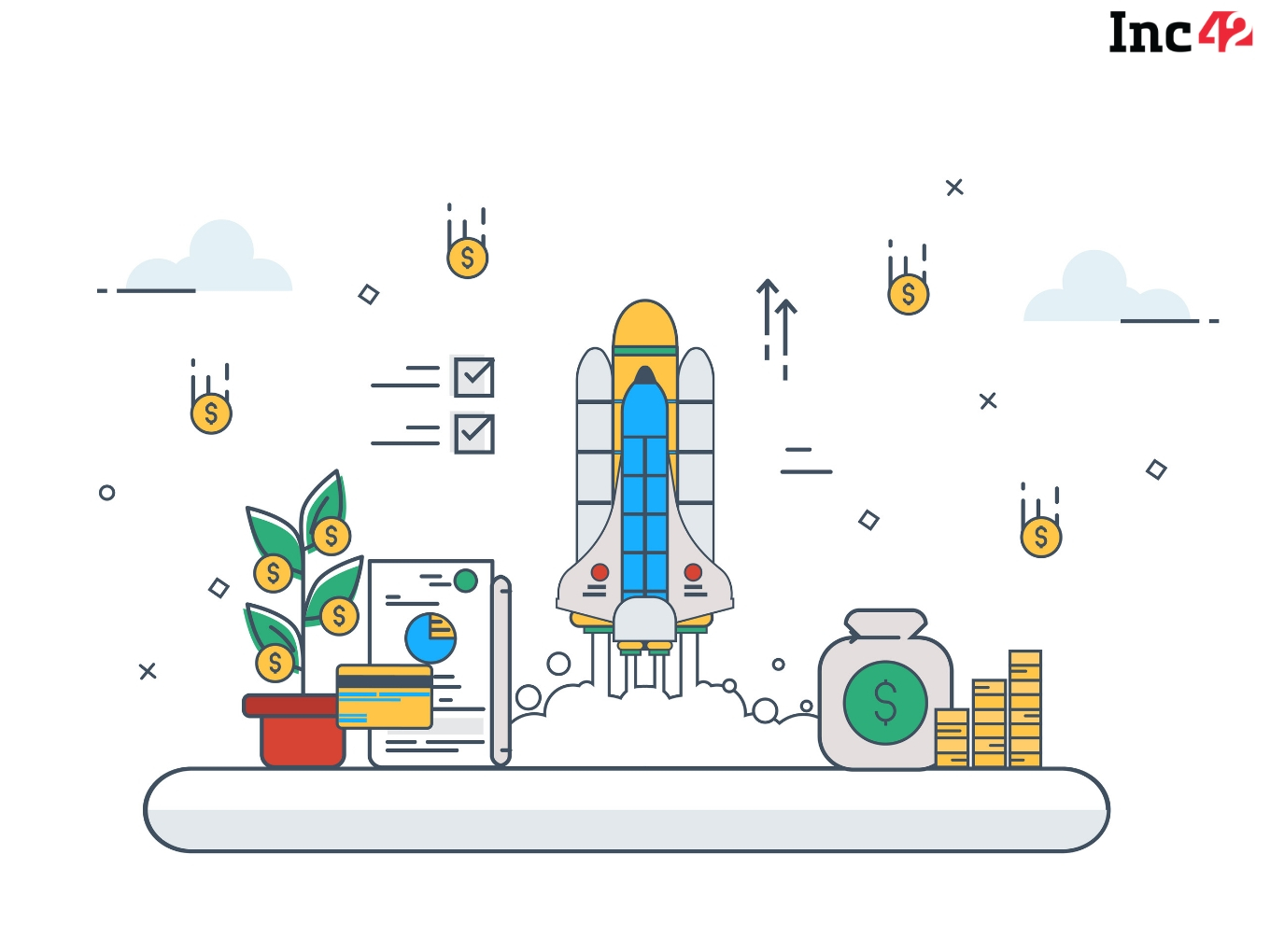 With the first accelerator in 2008, India now has more than 70 startup accelerators

Unique ideas can solve a problem, target a certain market segment or even create a successful and profitable business. However execution is as important as the idea. The journey between an idea and it coming true often poses shortcomings only visible in the long run. While funding, investors help startups sail through the challenges, but there is always a constant need for institutions which help startups with a structured approach in their early phases of existence. This very need has led to the demand for incubators and accelerators in India.

In the Society for Innovation and Entrepreneurship (SINE), IIT Bombay, India got its first startup incubator in 2004, and its first accelerator, Morpheus, in 2008. The change that the two would bring in to the Indian startup ecosystem over the next 11-15 years would be is enormous.

Though the Indian startup ecosystem has since been through numerous ups and downs, never has it turned back. Today, there are more than 70 startup accelerators in India. Clearly, from only a small number then, the count of operational startups in the country has growth to 39K today.

With a view to supporting the ecosystem further in India, and taking the startups to global heights, foreign companies such as Microsoft Accelerator, Techstars and Y Combinator have launched accelerators.

As part of  the ongoing series, Hidden Ecosystem Champions, by Inc42 and Amazon Web Services (AWS), which focuses on the stakeholders responsible for creating an impact in the Indian startup ecosystem, Revvx Accelerator, India Accelerator and BLS Accelerator, among many others, share their views on how accelerators are enabling early-stage startups to build sustainable business models.

Based on the ownership models, analysts have diversified accelerators in the following manner:

Even though India has emerged as the third largest startup hub in the world, its ecosystem is still characterised with a high failure rate.

Giving an insight into this aspect of the many challenges facing the Indian startup ecosystem, Avinash Kaushik of Revvx Accelerator, a startup accelerator, tells Inc42 that more than 90% of startups are bound to fail no matter which part of the world they are located, and accelerators can only mitigate early-stage risks. Bengaluru-based Revvx Accelerator is focused on hardware startups.

Elaborating on the core areas served by startup accelerators, Ashish Bhatia, founder and managing director of India Accelerator, adds, “Accelerators play the role of an aggregator and bring all the components together to provide support to startups to grow at an accelerated pace and increase their overall chances of survival.”

The industry veterans say that startups fail for a variety of reasons, with the biggest factor being issues related to funding and cash crunch. Startups today face severe challenges from domestic as well as international competitors across many factors, such as positioning, pricing, quality and functionality of products and even market acquisition strategy by rivals.

Many startups do not gauge market demand and fail to enhance just the product categories that are in vogue. Other factors like stagnancy in delivery, leniency in developing a distribution network that is both robust and scalable, and poor networking skills have also been known to lead to startup failures.

“Though entrepreneurs are primarily blamed for their failures, it is an equal responsibility of the accelerator to gauge its own potential in supporting a startup that requires a strong go-to-market (GTM) strategy to sustain the business,” says Riya Aggarwal, CEO of BLS Accelerator, a startup accelerator based out of Delhi.

This realisation alone, she tells Inc42, made her come up with an acceleration model, which focuses on the long-term goal of building sustainable businesses, discounting any short-term benefits.

Noting another key obstacle common to many startups, Mona Singh, co-founder and partner at India Accelerator, tells Inc42 that though the count of startups is rising, competition remains the most inevitable challenge for startups. Based in Gurugram, Haryana, India Accelerator is focused on seed-stage startups.

In fact, she explains, startups have to bear the brunt of a two-pronged challenge:

She also says  that the fear of being held culpable for pitfalls, or blamed for failures, often acts as a  major roadblock for startups to achieving their goals.

Recalling his stint as the IFC’s ICT Incubation Centre at Addis Ababa, Ethiopia, Kaushik of Revvx Accelerator says it was then that he realised the importance of  information and communication technologies-driven  models in India. That is why, he remarks, after understanding the situation well through research, he launched Revvx Accelerator in 2014, with the goal of enabling startups to overcome the challenges. Kaushik worked an executive advisor with the Washington, DC-headquartered IFC, a member of the World Bank group, from 2008 to 2010.

Why Are Corporates Launching Accelerators To Help Startups Succeed?

Acknowledging the rising potential of the Indian startup ecosystem, many large companies such as Microsoft and Reliance Jio Infocomm are launching their accelerator programmes. But how does a corporate accelerator help a startup grow?

Aggarwal of BLS Accelerator says, “Corporates bring a wealth of experience and strong market knowledge to understand segment nuances and are more capable to sustain the startup through its growth challenges.”

Large corporates bring with them the ability to make bold decisions and essential market insight far beyond the scope of a newly-established business.

Calling the corporate-startup partnership programmes “a two-way street”, Kaushik says  such tie-ups need to be backed by a strong exchange of value and outcome. While the startups can leverage the strong distribution channels shared by corporate-backed accelerators, in return they can generate the solutions to be deployed within their partners’ operations or be bundled as a co-branded product, he emphasises.

Why Should A Startup Choose A Sector-Specific Accelerator Over A Sector-Agnostic One?

According to the founders of several accelerators in India, a sector-specific approach is believed to have a higher success ratio compared to one which does not specialise in a particular space.

A single domain-focused accelerator provides the startup with an opportunity to learn rapidly through regular interactions and, in the process, address any gaps by innovaring and providing the required solutions to support growth, explains BLS Accelerator’s Aggarwal.

But should that be the only reason for choosing a specialist accelerator?

India Accelerator responds, “Choosing an industry-specific accelerator increases the likelihood that your mission will align with the larger mission of the accelerator.”

“Your success could benefit the accelerator financially, but the fact that it could also drive the organisation closer to its larger goal makes a synergistic relationship all the more worthwhile for both you and the accelerator,” Mr Bhatia tells startups.

The Real Picture Of India’s Startup Ecosystem: “An Exciting Future”

Although the ecosystem is supported by investors, venture capital funds, angel networks, incubators, venture studios, accelerators and sector-focussed catalysts, the experts say that the ecosystem has an enormous scope for development to be a global startup hub. This can be achieved by increasing focus on capacity building in order to help entrepreneurs learn and train themselves through structured programmes, they add.

Developed nations are now looking towards rapidly-growing and emerging nations such as India to tap the huge potential in these markets.

“With the likes of Foxconn and Wistron setting up plants in India, and Xiaomi and Apple setting up manufacturing units in India… we are poised for an exciting future to build solutions for India, and successful businesses in India and abroad.”

Indian startups are proving to be a major tool for attracting a significant chunk of foreign wealth into the economy.

Quoting data from a survey of 75 founders and investors, Bhatia of India Accelerator says entrepreneurs more optimistic about their prospects. More than half of the founders expect their revenue or gross sales to double in the next 12 months, and about 90% of the investors intend to increase their investments over the next 12 months, he says citing the findings of the survey.

Exuding confidence on the India startup story, Bhatia adds — “With the developments in the ecosystem, indigenous startups will not only make the lives of people easier through their affordable and convenient services but will also act as a major boost for the development, and the progress of the Indian economy.”