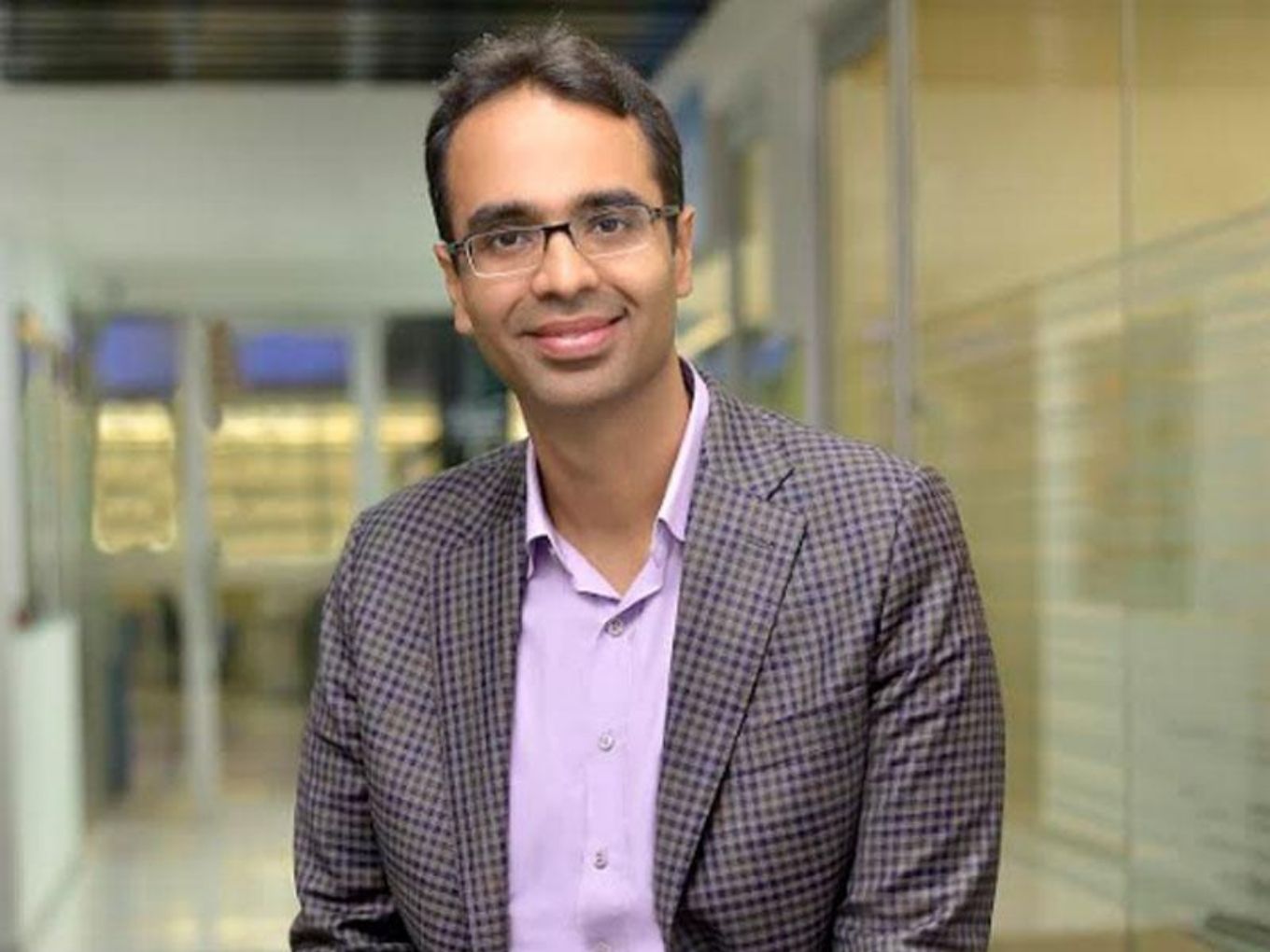 It’s the tried-and-tested way to make inroads into hinterland India and venture into Tier 2 and beyond — introduce products at lower price points and build an offline presence to acquire users. For years, this has been the way to reach ‘Bharat’, according to founders and VCs.

Speaking to Inc42 earlier about building Bharat-first products, Lightspeed India Partners’ Harsha Kumar, noted that companies do not necessarily need to change their user experience (UX) for Tier 2 and beyond, but there have to be customisations in terms of ticket sizes, onboarding, and go-to-market strategies.

Aman Sharma, a resident of Hathras, Uttar Pradesh, who was a prospective franchise partner, told us based on a conversation with a WhiteHat Jr representative that the company has come up with the low-cost franchise model in order to reach the masses in India, who might not be able to afford the higher fees for the direct 1:1 courses from WhiteHat’s website.

Under the digital franchise model, WhiteHat Jr is offering a teacher for every six students instead of the 1:1 coding classes under its own platform. This new model allows the company to offer the program for a lower price range as compared to 1:1 classes. The two packages offered under the franchise model are priced at INR 10K for 24 classes and INR 16K-INR 20K for 36 classes respectively. In comparison, on WhiteHat Jr’s website, the 36-class course with 1:1 sessions is available for around INR 34K.

While WhiteHat Jr did not directly respond to Inc42’s queries about the franchise model, the company has been running multiple social media ads about franchises. It has also posted a job opening for the head of the franchisee in February 2020.

When we posed as a potential franchise partner to understand more details about the franchise model, we were informed by a WhiteHat Jr sales executive that franchise partnerships are yet to go live, but the processing of adding partners have started. The first batch at franchises is still undergoing training.

It is unclear whether WhiteHat Jr intends to take the franchise model forward in a more significant way and a lot could depend on how the initial franchises perform. We were told by the sales executive that the company is seeing a tremendous response from the market.

The story of WhiteHat Jr so far is very similar to how BYJU’S grew and became revenue positive — only one in nine unicorns in India had a positive EBITDA in the past financial year. WhiteHat Jr grew from 0 to $150 Mn ARR (annual revenue rate) in under two years and bagged a valuation of $300 Mn. At the time of WhiteHat Jr’s acquisition in August 2020, the company claimed to have introduced 3 Mn kids to coding, and was conducting 20K live classes per day taught by 5,000 teachers.

At that time, WhiteHat Jr founder Karan Bajaj, noted its growth in the US market as a significant piece in the company’s growth story. Bajaj attributed this growth to the huge addressable market opportunity in the US ($26 Bn) and the higher average revenue per user because of the higher spending capacity in the region.

But WhiteHat Jr was only targeting urban households in India with kids in the 6-18 age bracket and an income over INR 10 Lakh then. With the new digital franchise model, the company seems to be expanding its target base. It should be noted that WhiteHat Jr is part of the BYJU’S universe, which is a venture capital-backed juggernaut and WhiteHat Jr would be subject to the same high-pressure environment that BYJU’S is known for.

“Any VC invested company, which has demonstrated a rapid growth of 0 to $300 Mn valuation would be under tremendous pressure to show numbers and reach business milestones. So, a key objective of this franchise model is actually to cater to that dynamic — increase their growth numbers and enrollments as fast and as much as possible,” said Jayanth Kolla, cofounder at research and advisory firm Convergence Catalysts.

Edtech startup Testbook also went down the path of creating a similar local partner network in Tier 2 and beyond cities. Cofounder Ashutosh Kumar noted that the test prep startup noticed a significant growth in their conversion rates after 1.5 years of launching the local partners’ program. With such models, in addition to offline growth, there is also online growth that starts setting in once users are acquainted with the platform.

“We saw significant growth in our direct and indirect sales after launching the local partner network. Our traffic and digital conversion percentage from places like Bihar was 1% before the network was launched, it increased to 14%-15% after the local partners’ network was established,” said Kumar about Testbook’s local network model.

He attributed the growth in sales to the lower price points and trust factor built by the local partners. In smaller towns, people tend to trust things they see more than perceived benefits and local partners become brand representatives in these towns. Parents that are not as digital savvy, find it much easier to contact these local representatives in case of queries and grievances. Access to a local representative also increases the company’s visibility and brand value, which also adds to the trust in the product.

Local representatives also come with the benefit of local language and context which helps them to market the product much better than an online ad.

“In Tier 3 towns, teenagers might be spending a considerable amount of time on the internet but parents are hardly spending an hour or so. In Tier 1 and Tier 2, you will still find parents spending a good amount of time on Facebook and WhatsApp. But beyond these cities, it is impossible to reach parents through social media ads or digital marketing. So in those markets, such local networks work really well,” added Kumar.

Talking about why the franchise model makes sense in a rapidly-growing segment, Kolla noted it can be used as a strategy to block the competition’s growth and capture the market before any other player. But all said and done, this is a number’s game, as far as WhiteHat Jr is concerned, he added.

Under WhiteHat Jr’s franchise model, partnerships can only be availed by business owners and their initial investment depends on the population of the city or town. For Thirumoorthy, who is based in Chennai, the WhiteHat Jr salesperson had quoted INR 5 Lakh investment for an exclusive zone franchise limited to two pin codes in the city. With this investment, the franchise partner stands to earn a profit of 15% for each enrollment with certain terms and conditions attached.

Under the agreement, which Inc42 has reviewed, WhiteHat Jr will provide the franchise partner with marketing collaterals for the promotion of the courses, onboarding students and getting login credentials. The trainers for these batches will also be provided by WhiteHat Jr while the franchise has to manage the enrollment of students from the designated region through offline and online promotions. They are also tasked with assisting students in payments, and ensuring that the students have access to laptops or PCs and a high-speed internet connection.

While the franchise model is currently run completely online, our sources said that WhiteHat Jr might consider launching offline classroom centres in each city once the situation around the pandemic stabilises.

Interestingly, WhiteHat Jr uses an open-source platform built by Code.org for its coding classes. The non-profit organisation allows companies to build derivatives of its platform for both non-commercial and commercial purposes depending on certain guidelines. This means the value addition by WhiteHat is largely in the way it has enabled anyone to provide these lessons and earn income through the association as well as its marketing for coding for kids as a category.

On the latter, WhiteHat Jr has recently been facing a lot of heat for its fear marketing tactics and was recently asked by the Advertising Standards Council of India to pull down at least five of its advertisements, which were in violation of the advertising code for making dubious and unsubstantiated claims.

And when it comes to its model too, there are plenty of startups these days using the same Code.org base and enabling anyone to teach coding. Besides these, there are startups such as Tekie, Toppr Codr, Coding Ninja Junior, Vedantu for Kids, Uable and others offering differentiated courses that go beyond basic block-based coding lessons, which are finding traction among users too.

So as the market matures, WhiteHat Jr will also have to evolve its product lineup to tackle rising competition. While the franchise model would ease some of the burdens on WhiteHat Jr in terms of customer acquisition and banks on local networks of teachers and entrepreneurs, it remains to be seen whether the company can avoid the common pitfalls associated with franchise plays, not limited to brand impersonation, fake franchises and pyramid schemes that have emerged out of such models in the past.