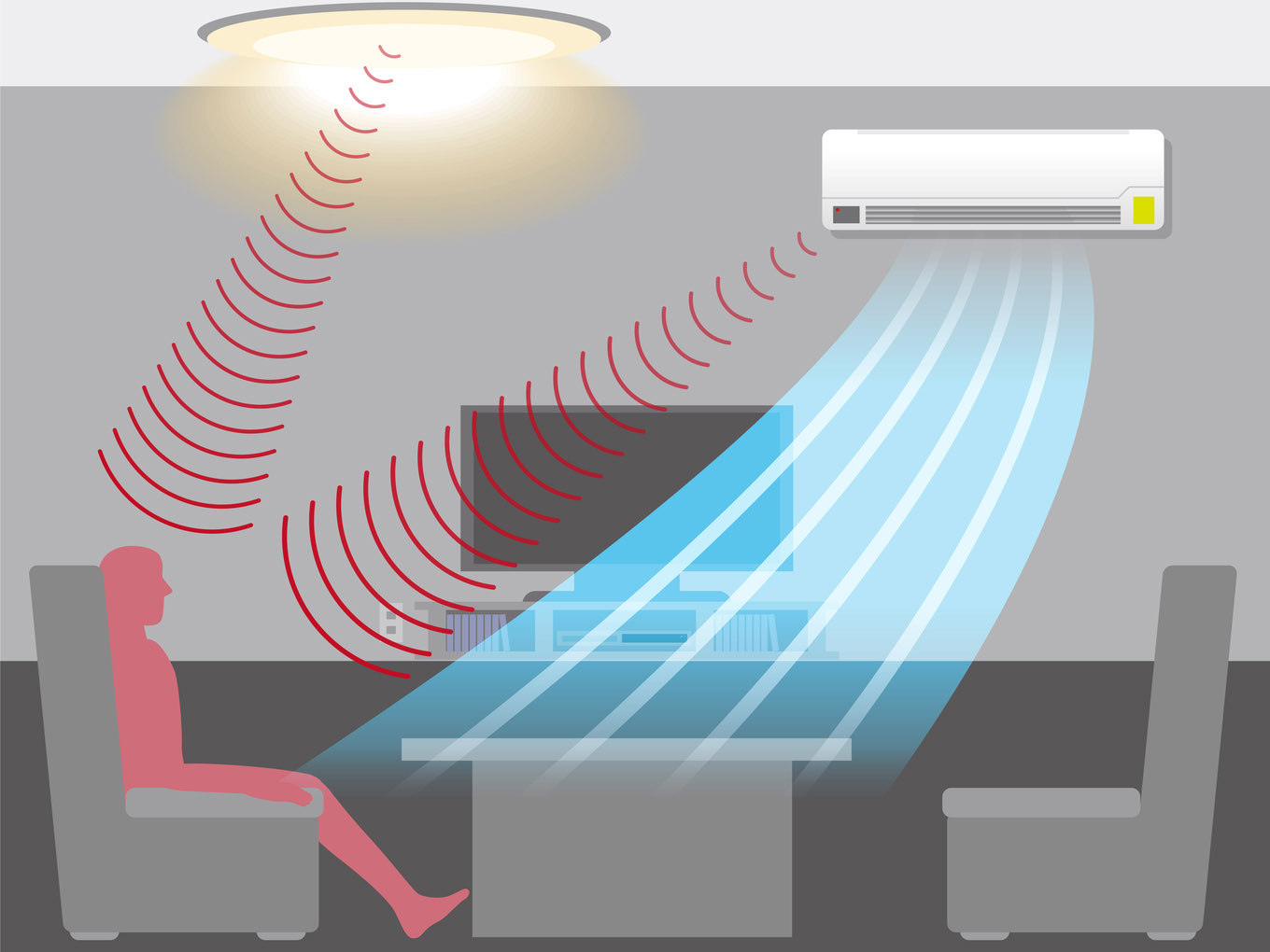 Some of its customers include Flipkart, The Times of India and L&T Infotech

Ever wonder why some places in the office are colder than others? Have you had to complain in the office about the AC temperature being too low and have had to carry a jacket even though it may be scorching outside?

It boils down to inefficient air-conditioning and ventilation, according to Gaurav Burman of 75F, a company that provides commercial properties with tools and hardware to monitor CO2 levels, adjust lighting and cooling based on weather predictions.

Burman is the VP & APAC President of the US-based company that is focussing on bringing IoT-based sensors to commercial buildings to enhance operational efficiency and cut energy costs by up to 75%.

75F’s smart solution predicts, monitors and controls the building’s hot and cold spots before it becomes a problem. The company claims that by continually monitoring a room’s needs, analysing incoming data, and controlling what goes in and out, the system effectively manages energy loads, and helps save money on air conditioning, heating and lighting bills.

With a boom in commercial real estate in India, especially in coworking spaces, the Indian market is ripe for such innovation. As a result, 75F is using India as a launchpad for ramping up its international presence in similar developing economies.

75F was launched in 2012 by Deepinder Singh and Pankaj Chawla, and focusses exclusively on the commercial real estate market. The company entered India in 2015 when it set up a development centre which coincided with it starting its full range of HVAC solutions.

By mid-2016, 75F had commercially entered the Indian market and today counts the likes of Flipkart, Times of India and Larsen & Toubro Infotech (LTI) as end customers, by managing the facilities at their offices.

“There were two reasons for starting off early in India — we already had dev-ops here and the hot weather and the high price sensitivity found among customers in India meant that we could design products for the Indian market that would be scalable in other international geographies like Middle East and Southeast Asia,” said Burman.

75F partners with facility management companies, systems integrators and energy service companies (which Burman tells us has really taken off) to bring in more properties under its umbrella. Since it uses IoT devices to monitor workplace conditions, 75F is a hardware-centric company and outsources manufacturing of sensors to units in India, US and China.

The company charges each building on a per-project basis where the bulk of the amount is a one-time payment, with a smaller portion —  usually a software license fee — charged over set intervals for a period of time.

Energy needs make up a major portion of the operational costs of all companies — big or small. Managing the consumption from air conditioning, lighting, computer systems, servers and the overall air quality is paramount to keeping costs low, and employees happy.

LTI Bengaluru’s facility was facing the challenge of hot spots and cold spots, and a high number of employee complaints related to this. The facility management team spent most of their time responding to these complaints but they still persisted and brought up issues of energy wastage and high power bills.

With a combination of dynamic airflow balancing and cloud-based SaaS, 75F was able to deliver over 55% savings on HVAC and lighting bills each month and it also resulted in employee complaints going down.

Similarly, in Flipkart’s Hoskote facility, employees complained of a musty smell and uncomfortably warm conditions in parts of the office where temperatures fluctuated between three and seven degrees above the set temperature.

In addition, Flipkart needed a proactive solution to account for the employee shifts through the day at a facility, parts of which ran for 24 hours. This means some areas didn’t have enough employees working to justify the high lighting costs.

The sensors employed by 75F took a thermal snapshot every minute to build a vast empirical model that informs smart algorithms in the cloud. These smart algorithms wirelessly transmit data back throughout the day based on which temperatures are regulated. All these wireless devices are controlled by Central Control Units, which are known as the brains of the operation. The installation takes only five days to complete, and only two 75F technicians need to be present on site.

In Flipkart’s case, 75F claims to have brought down the complaint count to zero and at the same time delivered up to 32% energy savings on HVAC at the Hoskote facility.

How 75F Plans To Compete Against HVAC Majors

According to a report, India’s HVAC (heating, ventilation and air conditioning) market is expected to reach $5.9 Bn by 2024, growing at 7% CAGR; while the market for automation & control systems is projected to grow at a CAGR of more than 12% by 2023.

The rising spending on HVAC automation is expected to be on the back of an increasing number of high-rise buildings, increasing awareness about energy conservation coupled with a growing need for reducing operating costs among smaller businesses or startups. This is expected to push demand for building automation and control systems across India over the next five years.

Naturally, a lot of companies have already made a name for themselves in this space. 75F competes with big wigs such as Honeywell, Schneider Electric, Siemens and smaller IoT based companies, when it comes to energy management solutions for commercial properties.

Burman did not reveal 75F’s pricing model, but indicates that they are at par or slightly lower than the competition. He said the differentiation comes from the fact that no other player in the space provides end-to-end solutions at the scale as 75F does.

However, it is unclear if the company will be able to bring down its costs (which new IoT solutions are notorious for) to compete with bigger companies who have more leeway in managing their per-unit economics. The company is yet to build a considerable presence in India when it comes to clientele in multiple locations.

Currently, the majority of its development team sits in India and some of the things they are working on include enhancing the adaptability of the IoT solutions over traditional reporting systems of properties. 75F runs its India operations from Bengaluru and has a small presence in Mumbai and Chennai with plans of entering Delhi later this year.

Burman added that the company is in talks with coworking companies s such as WeWork and Innov8 who are increasingly spending money to pitch themselves as being on the cutting edge of new-age workspaces. As coworking properties, these buildings have more of a responsibility to keep costs low, as they typical host startup offices, which tend to want low operational cost.

Looking at this segment makes sense for a new-age IoT company such as 75F, as the product-market fit is much more feasible when working with coworking startups or buildings. Tapping this new wave of commercial buildings is top of the agenda for 75F, Burman added.