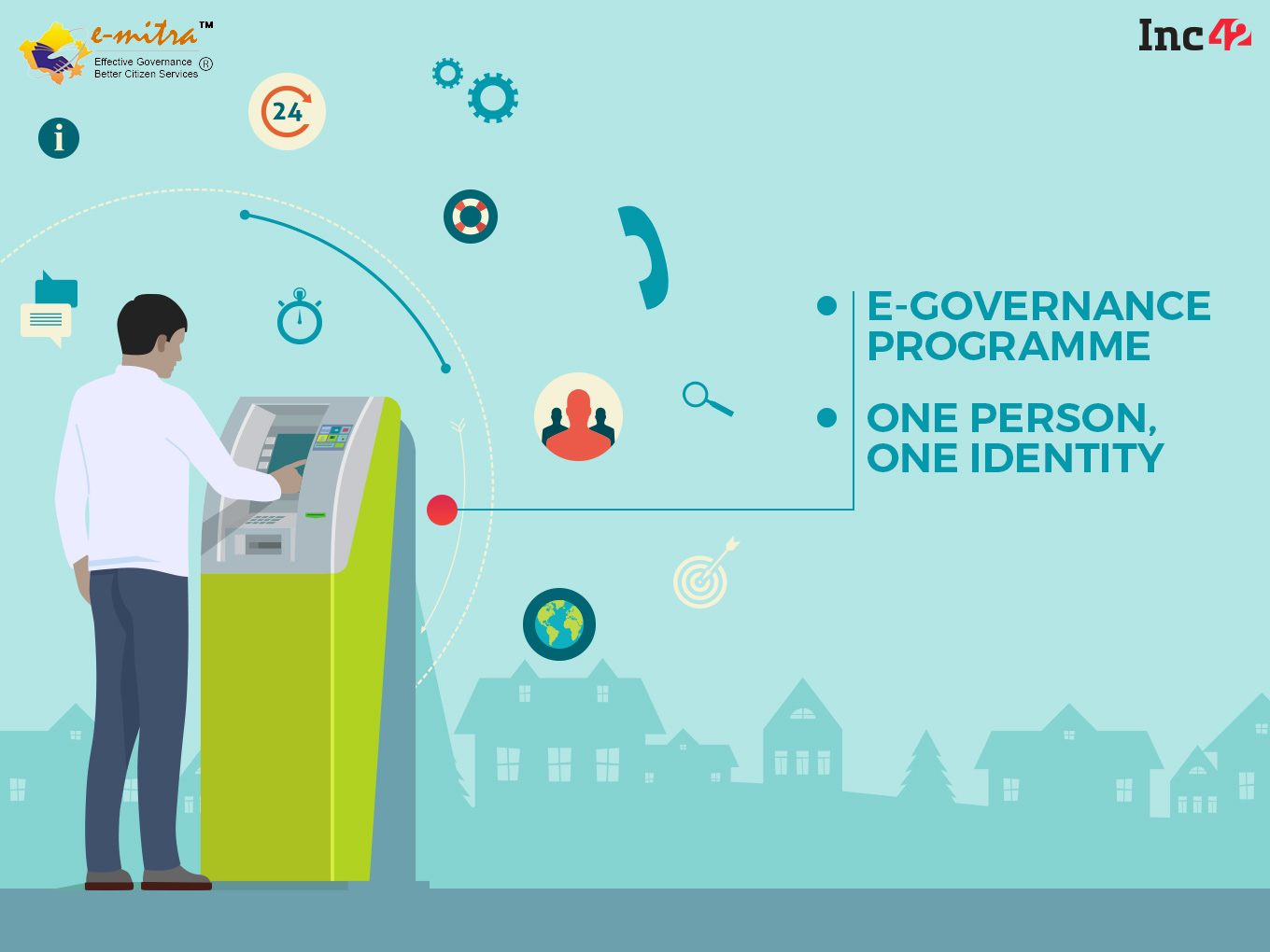 Building On Its eMitra Service, The Rajasthan Government Is Setting Up Self-Service Kiosks Under eMitra+

‘Mitra’ means a friend. With economies across the world working to diminish geographical divides and facilitate cross-border collaborations across sectors, there is no better friend than ‘digital’ to come to their aid. India, too, has been striving tirelessly to be part of the digital wave and the state of Rajasthan can boast of being a first-mover in shaping the digital ecosystem of the country.

Rajasthan’s egovernance programme, which is bridging the digital divide in the state, thereby uniting all its citizens, is at the core of its digital effort. And eMitra (meaning digital friend) is one of the most exciting initiatives under this programme.

So what makes eMitra exciting? eMitra was launched way back in 2004. This was a time when people in India did not fully understand ecommerce (Flipkart came in 2007) and digital payments were restricted to debit/credit cards or online banking transactions through NEFT/RTGS/IMPS, which to were accessible only to a limited tech-savvy community.

The most significant achievement for eMitra was the e-enablement of all public and government services near citizens’ residences. The service is accessible on multiple channels — web, mobile and messaging engines.

Before we delve deeper into the Hon’ble Chief Minister (CM) Vasundhara Raje’s plans to develop the eMitra initiative further, let’s have a look at its success so far and the impact it has had on the lives of those living in the state.

The Rajasthan government terms eMitra as its first step towards a transparent and responsive governance for all. The eMitra service delivery points — centres and kiosks — are run on a public-private partnership model.

In 2004, the major objective of the eMitra launch was to provide services ‘anywhere, anytime, any network, any device’, enabling cross-sharing of data among various government departments/agencies, and e-authentication, among others.

Fast forward to 2018: eMitra kiosks are now widely popular throughout the state and are termed as ‘small rural banks of the state’, as Inc42 observed during its Digital Rajasthan Yatra in March 2018 this year.

Inc42’s journey through the state also revealed some more interesting facts about eMitra. Some of them are:

eMitra To Receive A Tech Boost With eMitra+

CM Raje, along with the State’s IT&C Principal Secretary & Commissioner, Akhil Arora, is now looking to make the eMitra platform more advanced by infusing it with the latest technologies.

One got a glimpse of state government’s ambitions during Rajasthan IT Day 2018. From March 20-21, the state government organised “eMitra Connect”, wherein eMitra kiosk owners pitched their innovative ideas on how to enhance and simplify the usage of e-Mitra services using digital media in categories such as e-service delivery, IEC, and banking facilities.

The state government also aims to leverage eMitra to intensify its ‘One Person One Identity’ mission with a unique digital profile for each resident under a common framework.

The eMitra hackathon conducted this year has further opened up opportunities for the flourishing startup ecosystem of the state to further boost Rajasthan’s digital growth as well as push it up DIPP’s state startup ranking chart.

Then there is the eMitra+ upgrade, under which the IT department will set up self-service kiosks at gram panchayats’ Atal Sewa Kendras for people of the state. These self-service kiosks will work in a similar manner to ATMs, wherein people can access eMitra services on their own.

From depositing bills to taking printouts of the application forms or certificates, users can access all these services on their own, thereby eliminating the need of eMitra operators. This will also enable users to access eMitra services 24×7.

As part of a pilot project, 8500+ eMitra plus kiosks have been set up and are accessible for 50+ services.

With eMitra already in place and getting an upgrade as eMitra+, the Rajasthan government will be able to deliver a host of services in a sustainable, cost-viable, and efficient manner, especially to the rural and unbanked population, thereby strengthening its e-governance programme further.