Can Ecigarette Makers Overcome Legal Hurdles And Public Debate To Win Over India?

Can Ecigarette Makers Overcome Legal Hurdles And Public Debate To Win Over India? 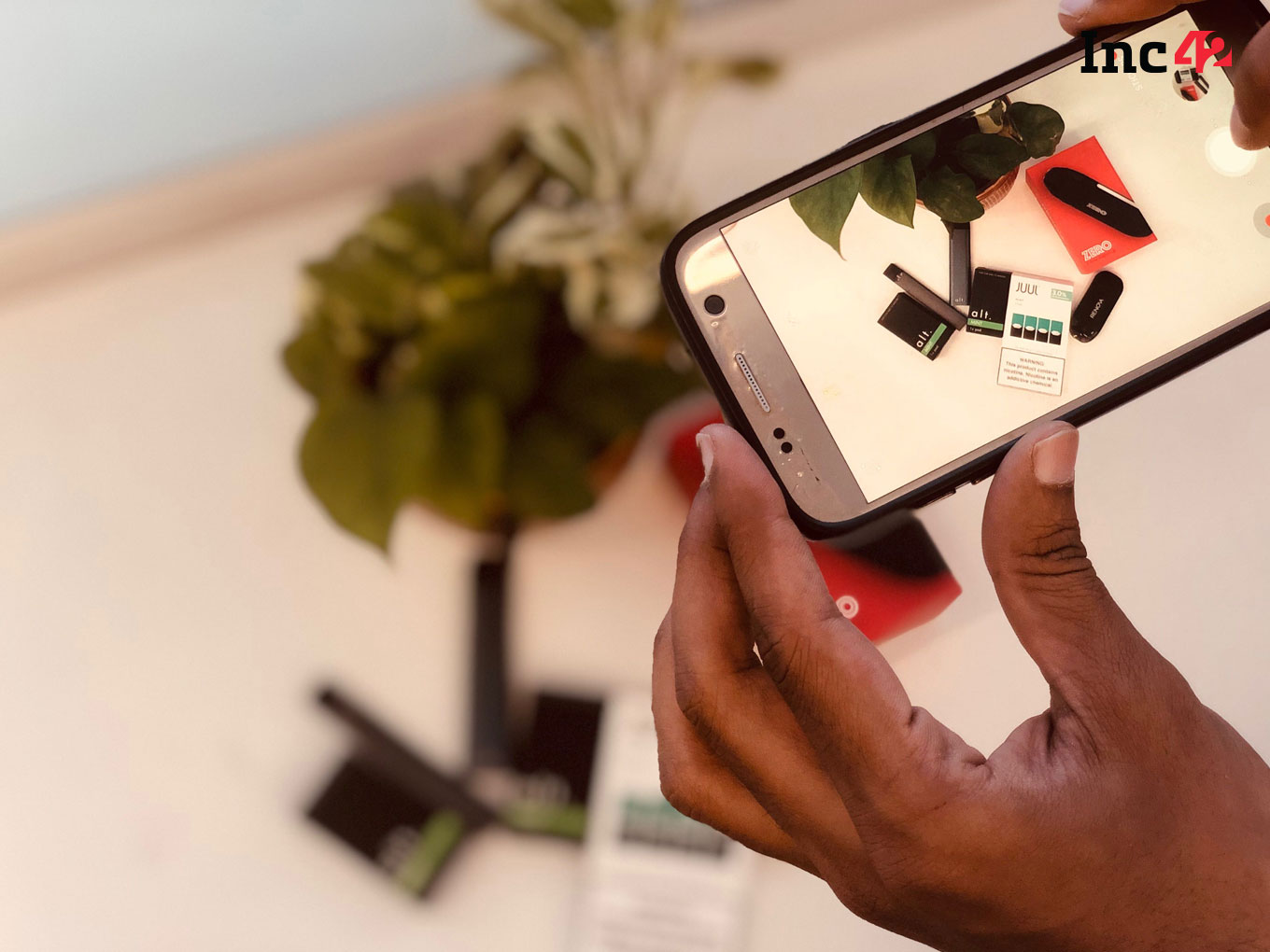 According to WHO India had 266.8 Mn tobacco users and people exposed to secondhand smoke in 2018

When India banned smoking in public in 2008, electronic cigarettes were not on the horizon. In fact, the Indian market woke up late to the ecigarette trend, but it’s now making up for lost time with a vengeance. On this World No Tobacco Day (May 31), for example, the Indian market for cigarettes has changed a lot, compared to even a couple of years ago. Even though smoking is still prevalent, in the urban context, e-cigarettes and alternative electronic nicotine delivery systems (ENDS) have been on the rise in that time.

The pros and cons of e-cigarettes, which contains a small cartridge with a solution of nicotine and other flavourings, have been subject to a global debate for years. While many have claimed it has helped them wean off cigarettes or gives them a healthier alternative to smoking, others are concerned that the e-cigarettes — with their lack of smell and pleasant taste — will make it easier for non-smokers to get hooked on nicotine.

Earlier this month, the health ministry issued a circular urging other departments to hold off on publishing any studies or reports on the e-cigarette market. The ministry has been at loggerheads with e-cigarette makers and vaping companies over the status of nicotine delivery devices and doesn’t want the government’s stance to be diluted by any research or reports.

In August 2018, in a public advisory, the ministry said such alternative devices pose a “great health risk to the public at large” and since then various global research reports have studied the effects of e-cigarettes, vapes and nicotine devices.

Also that August, India’s health ministry told states to ensure nicotine devices are banned from being sold online, manufactured or even marketed in the country. Since that notice, Indian law enforcement and customs department have been cracking down on ENDS crossing the border. In March the Central Drug Standard Control Organisation issued a similar notice to halt sales and marketing of nicotine devices.

While the customs, drugs and health administrations are against e-cigarettes, the trade ministry said in April this year that it cannot impose a ban on e-cigarette imports since local production of it has not been halted yet.

The lack of a clear official understanding of such devices seems to be one of the primary reasons for this indecision. The Indian Council for Medical Research (ICMR) is scheduled to release a “white paper” about nicotine devices on ‘World No Tobacco Day’ today (May 31). ICMR officials and scientists have studied over 100 research papers on nicotine delivery devices to create an official stance for India.

According to the World Health Organisation, India had 266.8 Mn tobacco users and people exposed to secondhand smoke in 2018 in the $12 Bn cigarette market. Looking to tap the big market opportunity, ecigarette companies and startups have been hesitant in stepping thanks to the clear dangers posed by cigarettes and the assumption that alternatives may not be very safe.

According to the Indian Council of Medical Research (ICMR), there were 14 lakh cancer patients in 2016, with the highest number of cases being for lung and oral cancer, often caused by tobacco and smoking. In India, 13 states have already banned e-cigarettes and Odisha and Haryana are planning to follow suit.

Marketing To The Youth

Part of the confusion for e-cigarette makers and startups in India stems from the legal hurdles thrown at them by the government. Court cases around the legality of manufacturing and sale of e-cigarettes and other ENDS are currently ongoing. The health ministry’s official stance has been to oppose entry of nicotine devices into the Indian market, as nicotine is regulated as a drug in the country.

Secondly, while nicotine itself just makes one part of a regular cigarette, it is still just as addictive and toxic, as studies have proven. So the notion that e-cigarettes are somehow safer is wrong, though admittedly, they have fewer addictive chemicals than a regular cigarette and there’s no tar being inhaled.

Another huge problem among vaping products is their marketing strategy, as was revealed by the investigative report on Philip Morris last year, which was illegally targeting young consumers to sell cigarettes. But since they are not selling cigarettes, e-cigarette sellers can use many digital platforms to advertise and there’s no telling whether minors are seeing these ads and getting influenced. It’s a real problem when you consider that India has half a million minor smokers.

The Tobacco Atlas, run by the American Cancer Society and nonprofit Vital Strategies, measures addiction rates around the world, reported in 2018 that over 625K children in India aged between 10 and 14 years smoke cigarettes or bidis every day. The same report highlighted that India had an impressive return on investment for anti-smoking media campaigns, which could be undone by mass marketing for e-cigarettes.

In India, brands such as Juul, Alt Vapors, Renova and ITC’s Eon are the popular e-cigarette makers, while there are plenty of non-brand China-made e-cigarettes and devices being offered on the market. Part of the confusion around these ecigarettes comes from the fact that they are not regulated like other cigarette makers.

Big tobacco companies such as Philip Morris International have been pushing for an easier ENDS regulatory environment. The company had purchased a 35% stake in Juul last year.

A Reuters report last month that spoke of Juul’s plans to enter India in late 2019, said the company had started hiring in India. It also said Indian company Jubilant Group, which owns the franchise rights for Domino’s Pizza and Dunkin’ Donuts in India, is considering importing Juul into the country.

Contrary to the government’s position, a letter from Jubilant showed it considered Juul to be a “highly safe” product which can benefit millions of consumers.  A Jubilant spokesman told Reuters that company believes there is “demonstrable scientific evidence” that vapes and e-cigarettes are a viable alternative.

But not all experts agree that it’s safe and viable, especially since not all devices are tested by the sellers or those who make e-cigarettes. A PTI report on the World No Tobacco Day said 36 brands are selling e-cigarette devices illegally in India. The report added that studies around the world have shown that incidents of children using e-cigarettes before 10 years of age have increased from 26% to 45% in the last 15 years, which could again be attributed to marketing tactics used by e-cigarette companies and the message that these devices are safer than cigarettes.

That’s the real problem, according to MC Misra, former All India Institute of Medical Sciences (AIIMS) director, and he told the report, “Some smokers and doctors call it a cessation drug, but it is far from the truth as e-cigarettes contain nicotine which is addictive.”

The path is currently uncertain for vaping and e-cigarettes in India. The potential illegal status of such devices is a grave cause for concern for startups and companies. Whatever the outcome, given the huge health impact it can have in India, there’s bound to be an open debate about smoking that has not been seen since the mid-1960s, when public attitude and perception about the effects cigarette smoking began changing. The fate of ecigarettes hangs in the balance with a similar debate brewing.