Does The Latest DIPP Notification Address The Angel Tax Issue?

Does The Latest DIPP Notification Address The Angel Tax Issue? 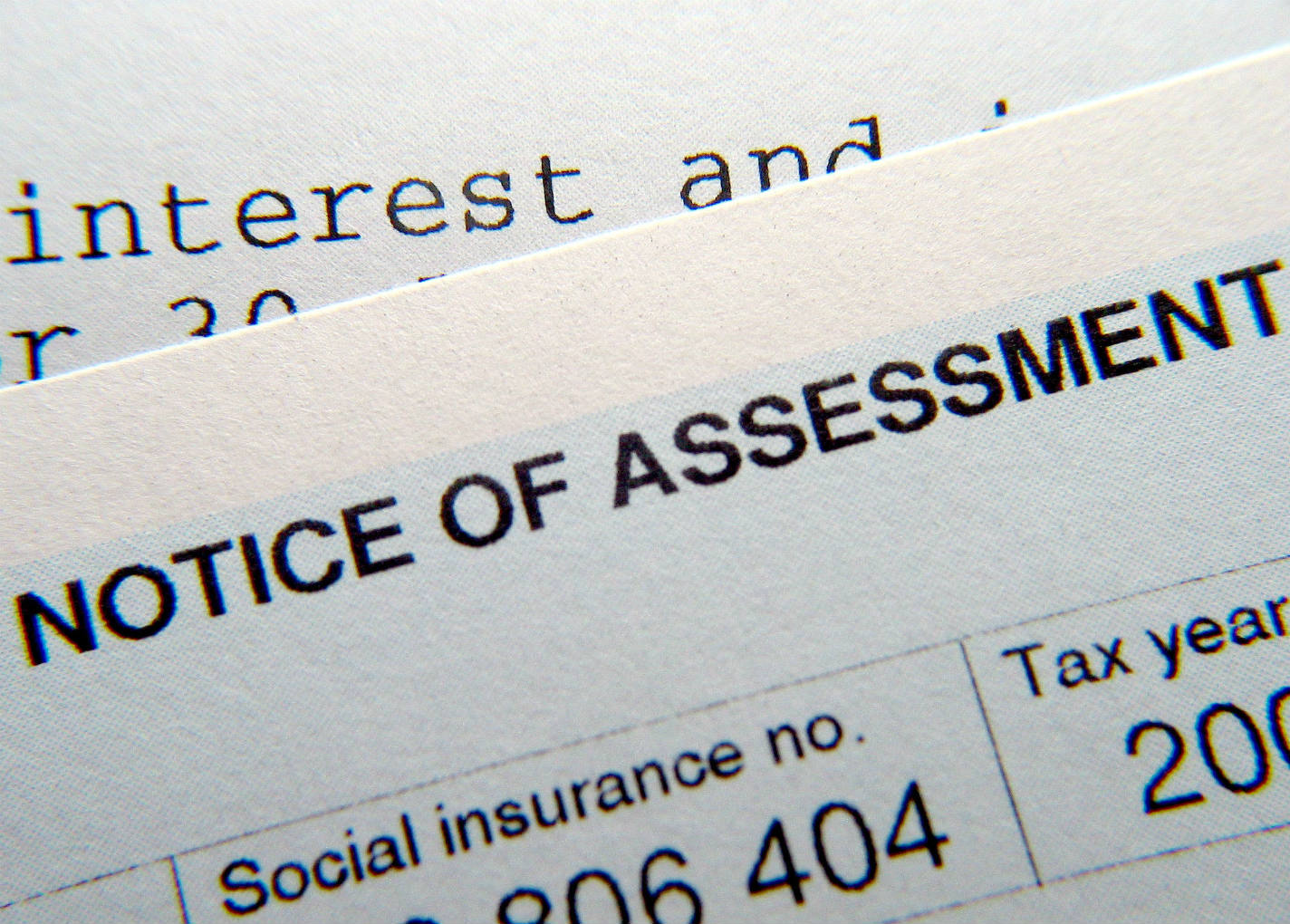 Another step towards the exemption, yet much more needs to be done, say startups

Why the minimum barrier for investors, and certain startups left out from the ambit of this notification?

Amid growing chaos over the angel tax issue, the Indian government has issued two notifications in the last 25 days in order to address the concern in short-term.

The startup ecosystem fraternity welcomed the prompt response by the industry and commerce minister Suresh Prabhu, but, the stakeholders at large feel much more needs to be done to safeguard startups from the angel taxation. This begins right from the disassociation of share premium from income from other sources under Section 56(2)(viib), infamously called as the angel tax.

Speaking to Inc42, Padmaja Ruparel, cofounder of Indian Angel Networks said, “The DIPP notification is a step in right direction, but the larger issue as Section 56(2)(viib) is still the devil.”

Welcoming the notification, IVCA president Rajat Tandon, in a statement to Inc42 said, “The IVCA has been in constant touch providing feedback from the VCs and angel investors, consultants and also startups to concerned officials, regulators, policymakers.”

“This has been well reflected by the DIPP’s recent notification, dated January 16, 2019, a simplified form to be filled by startups which need only the PAN details from investors and some other simplified and basic information which can be easily provided to the regulators,” added Tandon.

The recent uproar began after an entrepreneur and Goodbox CEO Abey Zachariah, on December 17, tweeted: “Startup founders in Bangalore who are getting notices for angel tax, please DM me. A friend may have to shut down his company as he got an angel tax notice. Angel tax is startup killer.”

This soon spread like a fire with influencers like Mohandas Pai, Anand Mahindra and numerous entrepreneurs and investors voiced their support to the issue.

iSPIRT Foundation and LocalCircles took the issue to Prabhu, filing their submission and recommendations regarding the angel tax.

On December 24, the first notification issued by the Central Board of Direct Taxes (CBDT) asserted that no coercive action will be taken against the I-T demand-orders raised against startups’ share premiums. The CBDT further recommended the formation of a committee of experts to look into the angel tax issue further.

A CBDT commissioner then told Inc42 that with this notification, startups need not to pay 20% of the total amount raised in the I-T demand orders on an immediate basis.

However, startups continued to get I-T notices followed by demand orders. As a result, in the span of 20 days, the premium industry bodies NASSCOM, IVCA, Indian Angel Network, iSPIRT, community-based social media platform Local Circles, numerous startups and investors came together to protest against the angel tax.

While legislative reforms might take some time and fall under the purview of the Department of Revenue, Ministry of Finance, the Department of Industrial Policy and Promotion (DIPP), which heads and manages the entire Startup India programme has come up with some quick fixes for the time being as reforms to address the concerns of the startup ecosystem.

The Latest Notification Does Not Address The Core Concern

According to the new notification, a startup will be liable for the angel tax exemption, If:

Sachin Taparia, chairman, LocalCircles told Inc42 that the DIPP notification is a small step in the right direction but there are a number of issues that need further consideration. For instance, the minimum income criteria for angel investments should be removed as long as the income is tax paid and a PAN can be sought.

“Many senior professionals after retirement do angel investing and don’t have 50 lakhs of annual income then. In so many cases the angels are NRIs (5 batchmates of an entrepreneur and don’t have an income of that level in India). Friends, families also can’t invest with such restrictions who many times are the only source at the seed stage,” said Taparia.

Further, the notification won’t help those startups where assessment order has already been passed by assessing officer (AO) for the relevant financial year.

It will be the DIPP which will forward the tax exemption application along with the suitable documents to the CBDT. The CBDT, within a period of 45 days from the date of receipt of application from DIPP, may grant approval to the startup.

Taparia is of the opinion that the latest angel tax exemption too, will require:

He added that issues such as the INR 10 Cr cap, as aggregate share premium, limiting factor and no exemption for startups registered before 2012 still exist and need further consideration.

“Exempt all 16,000+ DIPP level 1 recognised startups from Section 56 (2)(viib) and create a process through which all startups can submit 2-3 additional documents (financials, payroll, customer contracts etc) that helps DIPP and CBDT understand that these are genuine startups and not shell companies. Any startup that is not able to meet the criteria can be de-recognised,” he suggested.

The Actual Remedy To Come From DoR, Not DIPP

Besides the Section 56(2)(viib) of the Income Tax Act 1956, Section 68 also amended in 2012. The two new provisions made in the Section 68 seek the nature and source of any sum credited, as share application money, share capital, share premium etc., in the books of a closely held company. Further, credited amount is treated as explained only if the source of funds is also explained by the assessee company in the hands of the resident shareholder and such explanation in the opinion of the assessing officer is found to be satisfactory.

Last year, Section 50CA was also introduced in the I-T Act, 1956. This further tweaked the fair market valuation (FMV) formula. With the April 2018 notification taken into account, the biggest concerns for startups became meeting the compliance and cost involved while fulfilling the criteria.

According to Mumbai Angel Network, earlier, while startups were free to obtain a fair market valuation document from either the merchant banker or the chartered accountants, the notification (April 11, 2018) had singled out that option. Omitting the chartered accountants’ names, the startups now need to obtain validation from a merchant banker specifying the fair market value of shares in accordance with Rule 11UA of the Income-tax Rules, 1962. This increases the cost burden for startups.

The recent letters of IVCA and iSPIRT submitted to DIPP as well as Prime Minister Narendra Modi suggested providing a safeguard in Section 56(2)(viib) to startups through enacting an Amendment Bill.

These legislative reforms come under the purview of Department of Revenue (DoR), Ministry of Finance.

Further, the current notices do not delve into the FMV methodology, the core complaint of the startups has been that the assessing officers (AO) have time and again refused to accept the Discounted Cash Flow (DCF) method used by the startups for its valuation despite being approved by chartered accountants and merchant bankers.

Instead, AOs mostly go for the Net Asset Value method (NAV) and reject the valuations given by startups. This creates big issues for startups whose revenue can be small or none. The DoR needs to clearly redefine the line for assessing officers, at least in the case of startups. The current scenario favours assessing officers over a set of the approved mechanism.

In an interaction with Inc42, Sreejith Moolayil, cofounder & COO at True Elements said, “This is old wine in a new bottle. It is IMB2.0, with the minimum annual income of investors increased from INR 25 Lakhs to INR 50 Lakhs. There is no relief for us as it has specifically removed those startups which have already received demand-orders out of scope.”

“For us, the situation remains the same,” he added.

The government of the day needs to look into the minute details and core concerns of the startups, else as the reports and surveys suggest, the Indian startup ecosystem will be badly affected in the next two-three years and the above-mentioned notifications will have a very limited appeal. A number of startups meanwhile continue to get affected to the extent of closure due to this existing draconian law.

Ruparel said, “The capital investments (share premiums ) are still converted into income. This is adversely affecting the startups. As a result, talent, money and value creation are moving out of the country.”

From redefining the assessing officers’ valuation approach to safeguarding startups from Section 56(2)(viib) of the I-T Act, can the government bring an ordinance bill to ensure the efficacy of the remedy?

Meanwhile, the Cabinet Committee of the Parliamentary Affairs has scheduled interim Budget Session from January 31 to February 2.