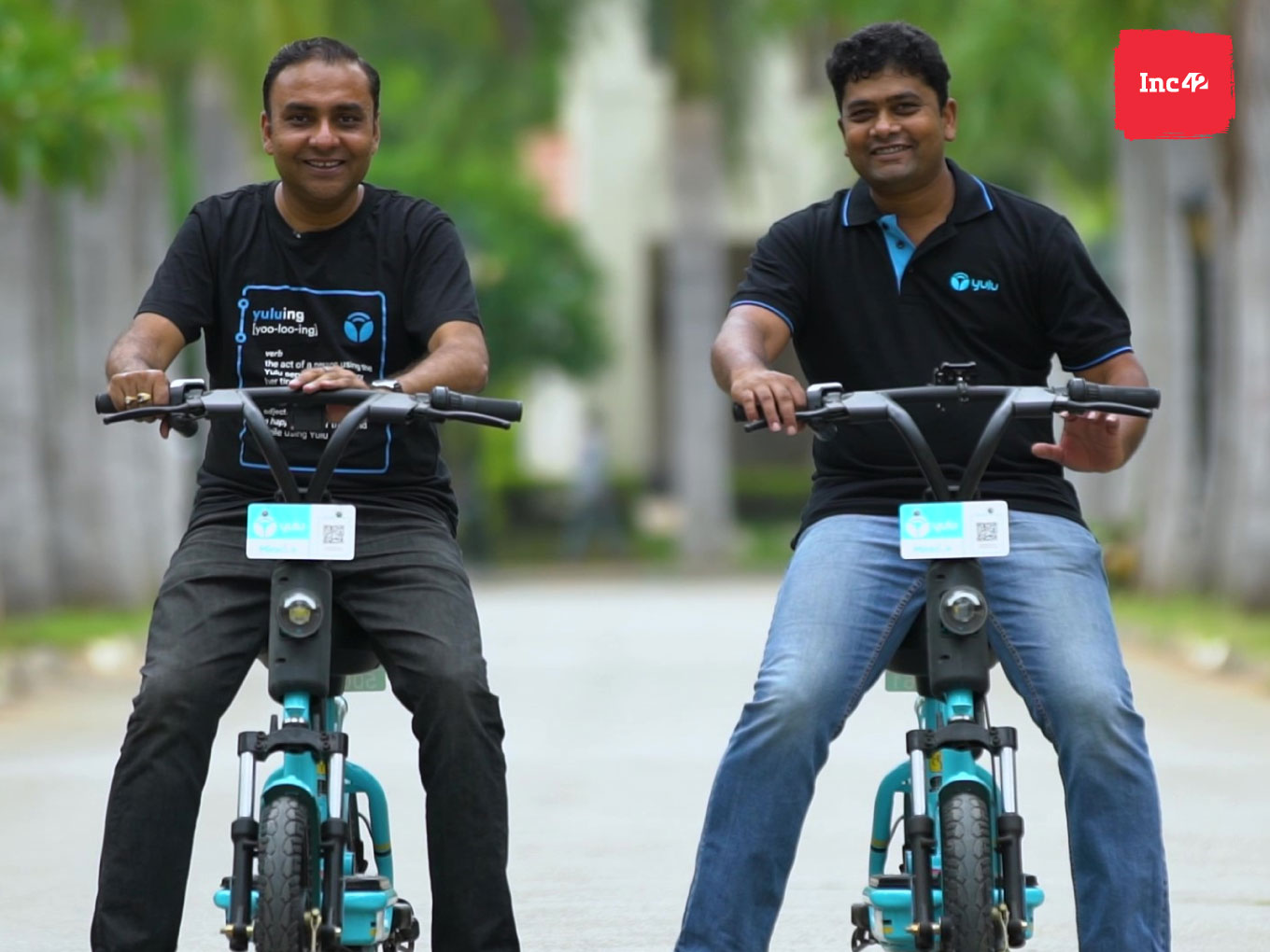 Founded in 2017, the startup has partnered with cab-hailing giant Uber for a pilot

It’s no secret that India has problems of rising congestion in cities and life-threatening pollution levels. While the government has been working towards building a sustainable future for transportation through a focus on electric mobility, a big push has come from the private sector as well. While NITI Aayog is endorsing a complete switch to electric two and three-wheelers from 2023, several startups have also pitched in to achieve this sustainability goal. This has given a boost to the tech-enabled electric vehicle (EV) segment and has encouraged startups to build solutions for micromobility, sustainable commutes and ecofriendly transport. Among the clutch of startups working in this field is Bengaluru-based Yulu.

The micromobility startup is addressing modern-day urban commute problems such as first and last-mile connectivity through electric two-wheelers and bicycles.

Yulu was incepted in 2017 by Amit Gupta with an aim to move Indian city-dwellers towards a sustainable commute. The average distance people travel in metro cities is less than 5 km, according to Yulu and its micromobility solutions help citizens cover this distance on human-powered and battery-operated vehicles, depending on whether they choose electric two-wheelers or cycles. Not only are these smaller in size than regular two-wheelers, which helps them navigate through traffic jams easier, but since there is no emission, it reduces traffic congestion with almost zero carbon footprint.

Yulu recently partnered with cab-hailing giant Uber and is running a pilot with them to make last-mile commutes smarter and hassle-free for those who are looking for a cab. Uber users can easily register for Yulu in Bengaluru and choose an electric bike or cycle to commute instead of a car.

Technology As An Enabler For Yulu

Yulu firmly believes in the power of IoT in creating a UMaaS (urban mobility as a service) which is affordable and scalable. It is using modern-day technological tools to solve the complex urban mobility problem, along with many hardware innovations.

“We have already mastered the art of making a platform for smart vehicles through the use of IoT and GPRS technology. We will deep dive further in using ML/AI for better demand and supply prediction along with focussing on a lot of hardware innovation,” said Gupta.

Gupta added that the company plans to use this tech to launch monthly rental plans, on-the-go battery swapping, as well as for the vehicle maintenance process internally. It’s also planning to launch a hybrid mobility option, mixing battery-powered operation and human effort such as pedalling.

Yulu is part of the Inc42 SteppingUp Series, powered by Dell Small Business. The series will highlight the most disruptive businesses in the Indian ecosystem that have used technology in innovative ways to become role-models for startups. Coming up next Thursday is the story of NinjaCart, a B2B fresh produce supply chain. Stay Tuned to Inc42!