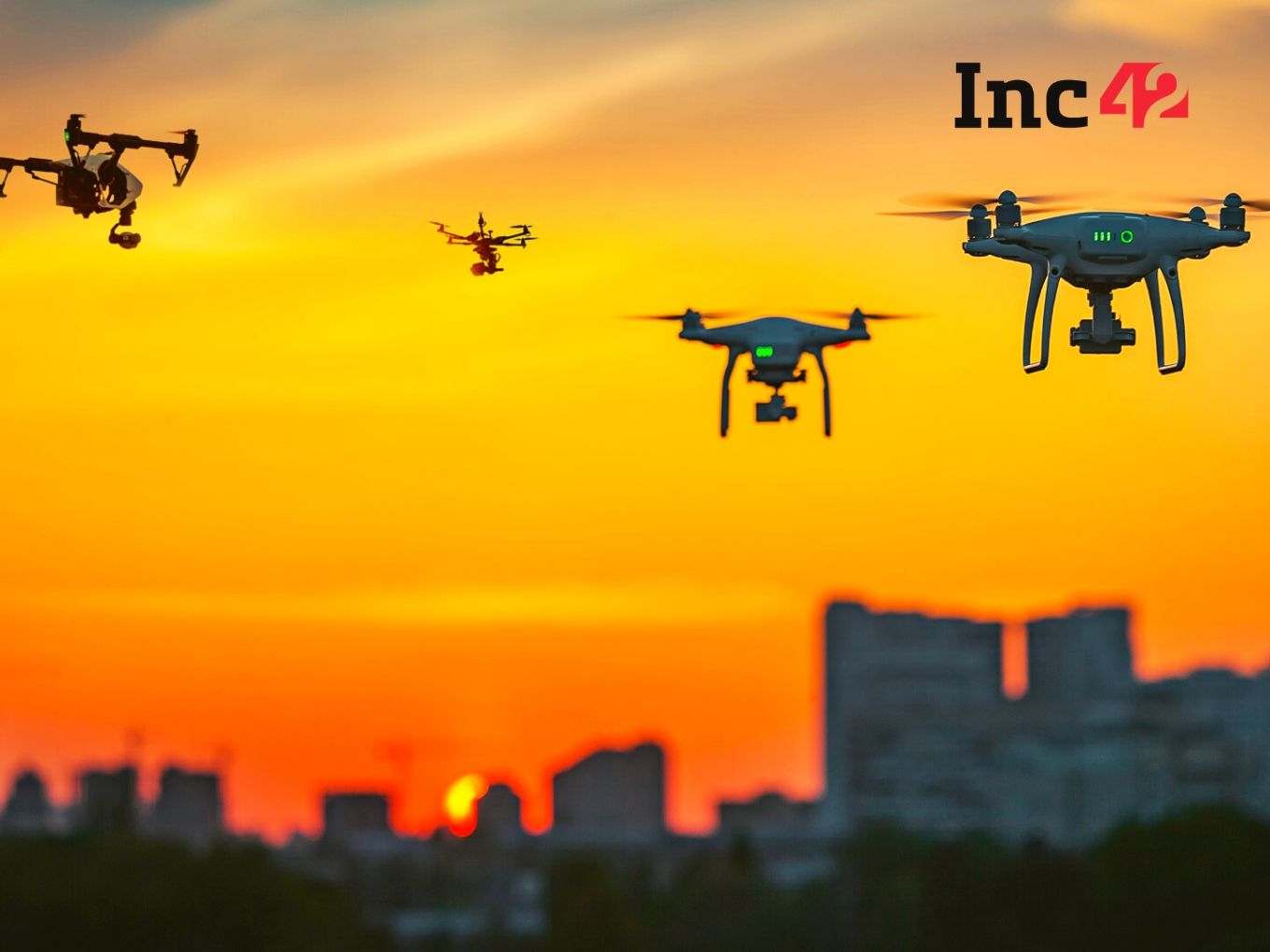 Guwahati-based Racerfly has developed a drone with an automated sprayer

As governments, frontline healthcare and law enforcement across the world strive to provide relief, services and tighten vigilance in the times of social distancing for Covid-19, drones are playing multiple roles. It seems, authorities now have a 20/20 vision on the eye in the sky and India isn’t far behind.

China’s example of using drones to control the pandemic’s spread by assigning the crucial tasks of sanitising public places, delivering medical supplies and police force was replicated by Spain and South Korea. Waking up to the novel use of drone tech, India also deployed unmanned aerial vehicles in cities and crowded suburbs to monitor the situation.

Drone Innovation Gets An Opening In India

Beyond the temporary use cases, the government is now looking at ways to regulate the tech, faster. Recently, a group of students from Indian Institute of Technology Guwahati, developed a drone with an automated sprayer, which can sanitise public places, roads and footpaths to prevent the spread of the virus.

Interestingly, the student-run startup called ‘Racerfly,’ founded by Anant Mittal, claims to have completed disinfecting a public place in less than 15 minutes using a single drone, the task usually takes 1-2 days of physical work employing 100 people. The startup has now approached the Assam and Uttarakhand governments offering to join the fight against the pandemic.

Similarly, Mumbai-based IdeaForge has helped police departments in nine states, including Maharashtra, Delhi, Guwahati and Assam among others to provide quick response to healthcare authorities, law enforcement for surveillance and medical logistics.  “Most importantly, we are able to provide a boost to the force as they enable authorities to cover a larger area with the same manpower,” said Kruthi Aramanamada, a marketing executive at IdeaForge.

Currently, a lot of drone startups are developing solutions to pitch into the national effort against the coronavirus pandemic, where drones are being used to solve real-world problems.

“With every crisis there is an opportunity,” said Neel Mehta, cofounder and director, at Asteria Aerospace, a robotics and artificial intelligence company, which develops drone-based solutions to provide actionable intelligence from aerial data. Reliance acquired major stake in the company last year.

Mehta said that the pandemic has hampered daily operations of businesses as they fear the risk of infection, therefore, they are all turning to drones to perform various tasks.

“Going forward, this period will give people to experiment with drones, which will help authorities and industry stakeholders in developing enormous use cases and deploy standard operating procedures (SOPs) in place to effectively use drones in the country,” Mehta added.

Bengaluru-based Asteria provides drone solutions to military, paramilitary and police forces. Now, it offers end-to-end drone solutions across industries, including oil and gas, mining, construction, logistics and agriculture among others.

Every possible drone provider in the country is now trying to fly drones, be it police, state disaster management force, municipal corporations.  Speaking to Inc42, Smit Shah, director of partnership at Drone Federation Of India (DFI) said that the body is working on various projects across India, including Delhi-NCR, Mumbai and Bengaluru.

In Bengaluru, DFI is working closely with the forest department to survey the reserves 24/7 to stop poachers and intruders taking advantage of the coronavirus situation as fewer patrolling officers and forest rangers are on duty. Similarly, in Mumbai, DFI has deployed 50 drone pilots who are flying drones twice a day to keep a check on people out for morning walks or loitering.

“This is a crowdsourced service, where we approached about 70+ people and shortlisted 50 drone pilots, where they are flying drones from their home terrace. In other words, 50 CCTV cameras flying in the sky, where the images are directly fed into the Mumbai police control room,” explained Shah.

Anshul Sharma, cofounder at Redwing Aerospace Labs said that due to Covid-19, the adoption of drones in India has gone up by 100-200%. “Over the past one-two months, there have been more than 3000 drone pilots operating related to Covid-19 response. Every region is using drones, be it surveillance, public announcement and spraying of disinfectant” he added.

In 2018, after the ministry of civil aviation allowed the commercialisation of drones, where companies or users have to abide by the rules and regulations of Directorate General of Civil Aviation (DGCA), interest from enterprise applications peaked. For instance, construction, logistics, agriculture, oil and gas and telecom witnessed a massive requirement to deploy drones to optimise their resources and leverage 3D mapping, delivery mechanism and data harvesting among others.

“With regulations becoming clearer as the day passes, multiple industries are looking at the adoption of drones for mapping, security and surveillance purposes,” said Karthik Rajasekaran, cofounder at Detect Technologies — the company uses drones and ultrasonic sensors to the energy sectors for remote monitoring and inspections for leaks.

“I believe that there is going to be a huge behavioural shift in terms of adoption from various stakeholders, including government authorities, private players and state departments in the coming years. However, it becomes more crucial for India to develop a solid framework so that more drones can fly in a much more efficient, safe and secure manner,” said DFI’s Shah.

The Massive Potential Of Drones

“Today, people can just assemble all the parts and make a drone. It has become that easy,” said Mehta from Asteria Aerospace.

However, now the trends are moving towards more automation, which requires less human intervention or drone pilots to fly drones. Specialised payload drones is another area that’s booming as it allows drones to carry out industrial operations using sensors. For instance, agriculture drones use thermal and temperature data to spray pesticides and nutrients.

At the same time, software tools that work closely with integrating technology such as artificial intelligence (AI), machine learning (ML) and big data to make sense of the data collected by drones can be a game-changer. In addition to this, training schools and institutions that certify people to operate drones professionally will also pick up. “These are the major trends which we will be seeing right now, and in the coming years,” explained Asteria’s Mehta.

Besides this, cinematography, photography and allied services will continue to be preferred by individual users. Even as the regulatory framework gets clearer slowly, it becomes crucial for new players to focus on the long-term impact instead of short term gains and fame. In other words, one can buy a drone and do things, but that is not going to be scalable if a startup or a founder doesn’t think about the potential applications and how it fits into the current market.

”As the market expands, people will start finding their niche, be it agriculture, construction, oil and gas, and logistics among others,” Mehta added

Hero Group Looks To Take On upGrad And The Likes With Its Edtech Venture ‘Hero V...