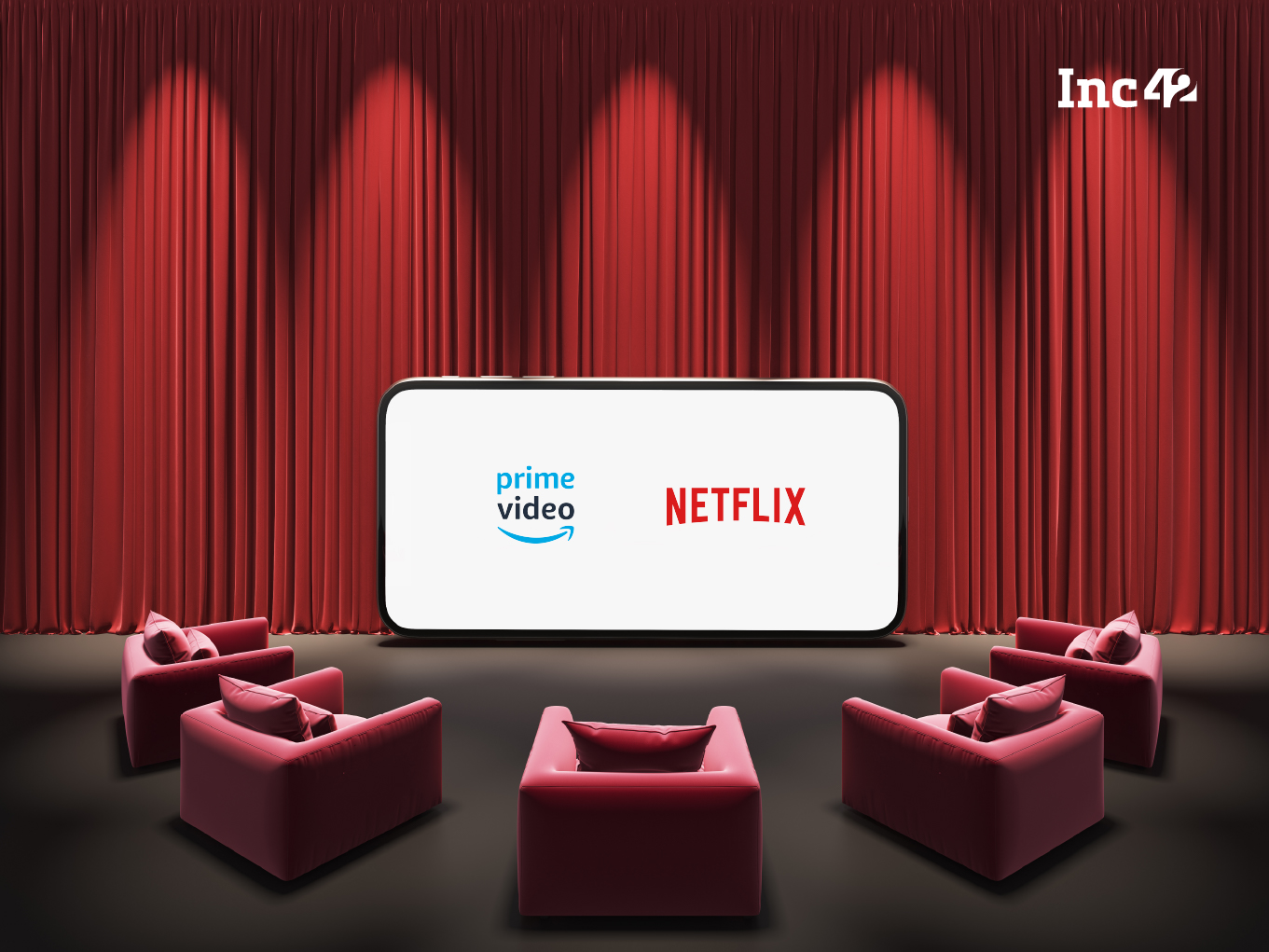 Amazon Prime Video is not the first over-the-top (OTT) platform to come up with a mini-plan for the Indian market. Netflix has been trying out various versions since the past three years, some of which were officially launched and others were phased out.

It has been more than four years since global OTT platforms like Netflix and Amazon Prime were launched in India, triggering a spurt of similar platforms from desi players. But why do these OTT players keep looking for new pricing formats even after so many years? In other words, how do they plan to succeed in a price-sensitive Indian market?

Before we explore how companies are struggling to find the ideal pricing for India, a look at the market size will put things into context. The overall OTT market in India is expected to grow at 21.8% CAGR, from INR 4,464 Cr in 2018 to INR 11,976 Cr in 2023, according to PwC’s Global Entertainment & Media Outlook 2019–2023. India is expected to have 500 Mn+ OTT users by 2023 compared to the 200 Mn-odd in 2020. Higher disposable income, better internet connectivity, wider usage of smartphones and affordable bundled plans from telcos are helping this growth.

Disney+ Hotstar, Amazon Prime Video and Netflix as well as production house-backed domestic players like SonyLIV, Voot, Zee5, ErosNow and ALTBalaji see the maximum traction from the OTT user base across India. The sector also witnessed a 30% rise in the number of paid subscribers, from 22.2 Mn to 29 Mn between March and July 2020, when the country underwent a series of Covid-19-induced lockdowns. Overall, the top five metros accounted for 46% of OTT video platform users and Tier I cities accounted for 35% users in July 2020, according to a report by India Brand Equity Foundation.

OTT platforms know they have exhausted the pool of premium telecom subscribers and can only expand their reach through massive promotion and free/affordable content. And just like every other internet business, they know that the next level of growth rests with the next billion internet users who will not be swayed by premium content priced at INR 499+ every month. That is why every business is going back to the tried-and-tested sachet model and trying to find the sweet-spot price attractive to Indian consumers. But more on that later.

Why Global OTT Pricing Does Not Work In India

When Netflix and Amazon Prime launched in India, they were confident that their largely successful subscription format would also find favour here. But they soon realised that the country has a limited market for more and consistent users who will pay for premium content.

Admitting to slow user growth in the quarter ended September 2020, Greg Peters, COO and chief product officer of Netflix, said during an earnings call that the company would keep experimenting with new ways to drive user acquisition. For instance, Netflix launched an INR 199/month subscription plan in 2019 for users in India. This plan restricts the usage of its services to a single smartphone device. The company was reportedly exploring an INR 65 plan, but it was not officially launched.

In July 2020, Inc42 reported that Netflix was testing an INR 349/month Mobile+ plan for Indian users. Subscribers to the plan would be able to watch the platform’s high definition (HD) content on a single device, at a time. The same year, it offered discounts to users who chose to renew their subscriptions for 12 months and came up with a weekend of free content to lure viewers.

Amazon Prime Video’s recent subscription plan is also targeting mass users from ‘Bharat’. It is part of an attempt to reach a population that does not necessarily have access to online payment solutions but will recharge their mobile phones at the closest grocery store, say experts. In other words, Amazon has expanded its user net to include new-to-internet smartphone users who are different from tech-savvy, premium consumers.

“In our view, the top 100 Mn-odd users – predominantly English-speaking ones – are the addressable market for foreign OTTs like Netflix, Disney+. A majority of consumers after the top 100 Mn are not keen to pay for content. The paid OTT users (subscribers) are 15 Mn,” says a BofA research report in January 2021. Of the estimated 400 Mn+ OTT users, around 300 Mn come from telco partnerships, according to the report.

The Future Of Bundled Plans

Apart from pure-play companies, OTT content is aggregated and directly offered by telcos as seen on JioTV and Airtel Xstream. Users do not pay to consume the content in such cases, but telcos charge based on how much time they spend on these apps.  The BofA report also notes that OTT players find this format better than the plans which are monetised only through advertisements as ad yields are low in India. Currently, the OTT-telco deals appear to be skewed in favour of telcos as they charge 40-50% commission from OTT platforms. But this is likely to come down to around 15% as OTT platforms gain scale.

“The OTT platforms, especially the global ones, have a lot more at stake when it comes to winning the India market. As Indian platforms are priced lower, have freemium (ad-based) models and have a lot of content synced with their traditional TV offerings or offer cricket match broadcasts (like Hotstar), their adoption across the ‘Bharat’ market has been easier. That is where global players like Amazon Prime and Netflix have to experiment more with India-specific pricing plans. And frankly, they have not found the perfect formula yet,” says a sector analyst who does not wish to be quoted. However, bundled plans are here to stay as telecom continues to be a trustworthy pipe for reaching a large audience base in India, the analyst adds.

Will The Lockdown Audience Renew Their Subscriptions In 2021?

According to a BCG-CII report (published in December 2020) on the media and entertainment (M&E) industry, subscription-based video-on-demand (SVoD) platforms registered 55-60% growth in 2020, led by new users in Tiers 2, 3 and 4 regions compared to Metros (top five Tier 1 cities) and the remaining Tier 1 users during Covid-19 lockdowns.

But with 30% of OTT subscriptions coming from bundled plans, the actual average revenue per user remains low for OTT platforms, say analysts. “There is little scope for pricing to increase. It can only go down if these platforms want to improve their market reach,” says the analyst quoted previously.

OTT content in regional languages is likely to play a vital role in attracting users. In August 2020, Netflix launched a Hindi interface for its website and mobile app. In fact, both Netflix and Amazon Prime Video have been doubling down on their India-specific content. But is it enough to compete with regional TV and vernacular OTT channels offered by local players? More importantly, as the world emerges from Covid-19 lockdowns to return to offices and schools, malls and multiplexes, will the OTT-fatigued, price-conscious users from India want to renew their subscriptions in 2021?

Industry analysts and leaders believe this will be the year when viewers will pick and choose what they watch and pay for. Specific content formats in OTT, like the true-crime genre, may have done well initially. But the overabundance of shows will eventually result in viewer fatigue as users start looking beyond the so-called formula’ content. This is where global and local OTT platforms will compete on an equal footing to grab viewers’ attention and wallet share. The question is: Who will get its pricing and content right before everyone else?