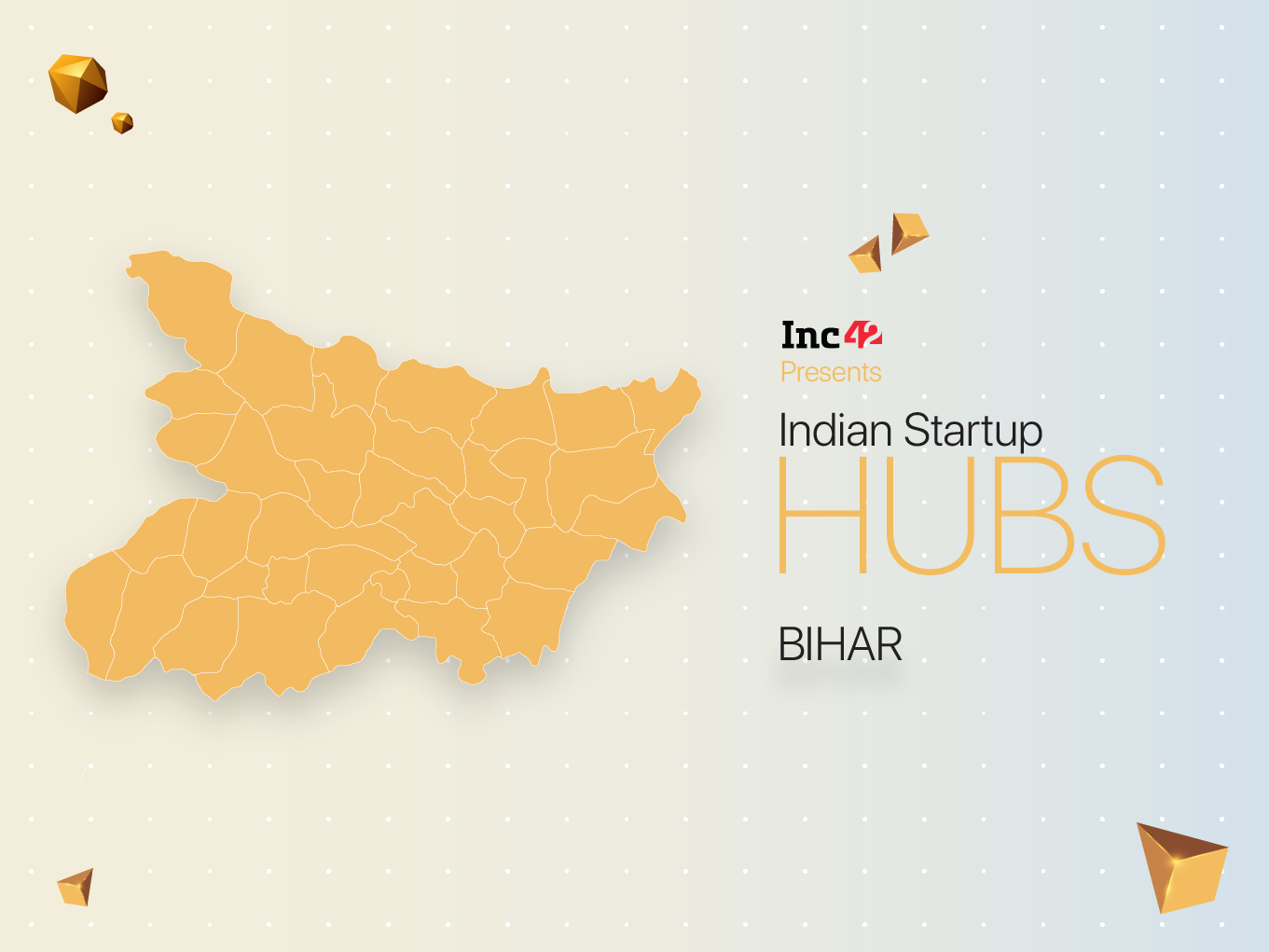 In 2019, there were a mere three startups that scored funding from the state

“In Bihar, we started seeing the major startup activity around 2015-16, with the government working on the startup policy in the state. It was from here that the Bihar startup ecosystem started taking form. It still needs a lot of efforts and a push from all the stalwarts to be anywhere close to the startup hubs from the country,” – Sanjay Goenka, former vice president & Sectrary, VenturePark Incubator

Bihar is revered as the land where Buddha once lived, the land that is home to many famous spiritual attractions for all believers, but in the context of the economy, it has always been seen as a state that is lagging behind others.

According to secondary research by DataLabs By Inc42, in 2019, there were a mere three startups that received funding in the state. Even then, the Startup India website claims that in the same year, there were over 11 startups incorporated in the state. Till now, the state has over 360 startups recognised by the DPIIT.

The major changes in the Bihar startup ecosystem came with the startup policy of the state government, as Goenka indicated. Revised and implemented in 2017, the five-year policy has the following objectives:

Apart from these, there are also fiscal initiatives by the government to help support the startups with their capital requirement. Among those, is the Seed Grant, where the state government has set aside a grant of up to 10 Lakh per startup as an interest-free loan for a period of 10 years.

While the state lacks accelerators, Startup India reveals that Bihar houses seven incubators for the benefit of the startups. These incubators not only support startups with their tech and networking needs but also provide them with infrastructural support.

Among the incubators, two that have gained prominence are VenturePark- BIA (Bihar Industries Association) Incubator and Enterprising Zone.

In the coworking space sector, Work Studio Coworking is the most prominent name in the state, while other coworking spaces include incubation centres and small-scale private organisations.

Challenges In Scaling Startups From Bihar

Even though the state requires more support from the enablers for startups to be able to scale and grow in the local and national markets, some startups from the state have caught the eye of investors.

“Largely, the startups in Bihar cater to a niche segment from the state. The solutions they provide are for the pain points specific to cities in Bihar. Even so, they are very innovative and are scaling well,” Goenka added.

The top startups from the state are:

The Challenges In The Bihar Startup Ecosystem

Though there is no dearth of talent or innovative minds in the state — thanks to its reputation as the land of future IIT students — Bihar is still far behind when it comes to the startup hubs in India. While in talks with the stakeholders from the state, Inc42 realised that there are multiple factors that hinder the growth of startups. Among these are factors such as the lack of awareness and promotion of entrepreneurship from school and college levels and lack of exposure.

Further to this, the fact that the state has no active investing organisation or angel investors makes it harder for the startups to scale and grow.

“The government has made a fund of INR 500 Cr available for the startups and along with the seed grant, this has helped the startups with capital needs. Otherwise, the startups in Bihar heavily rely on friends and family to fund their startups,” said Alok Kumar, co-creator of Work Studio Coworking.