As The Indian Govt Tweaks Angel Tax, The Ride Ahead For Startups And Investors Just Gets Bumpier

As The Indian Govt Tweaks Angel Tax, The Ride Ahead For Startups And Investors Just Gets Bumpier 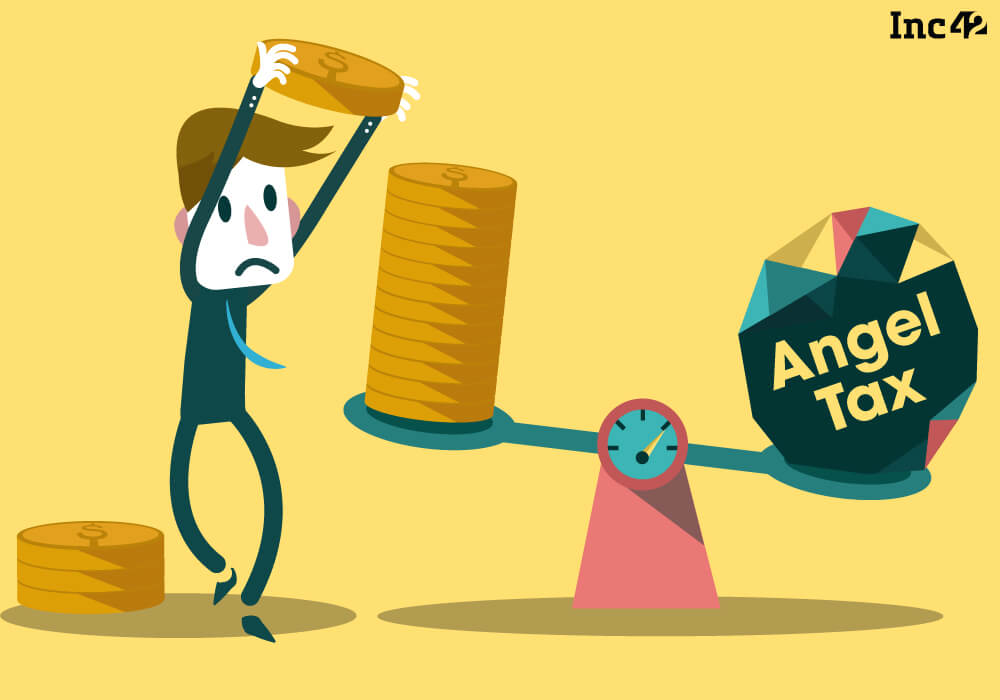 For Startups And Investors, On Stakes Are Their Valuable Time, Cost And Valuation

The Indian government has recently, after a series of continuous complaints from startups and investors led by angel investor Mohandas Pai, decided to exempt angel tax retrospectively to bring back the seed funding back on track.

However, with laying a series of barriers such as the “bureaucratic measures”, further amendments in Section 50 of Income Tax Act redefining Fair Market Value ( FMV), the government has also alarmed the stakeholders, startups and investors – a bigger nightmare – “storms are coming”.

In a notification issued on April 11, 2018, the Government of India has made way for startups to skip angel tax bump during their startup ride. However, the same notification and further the insertion of Section 50CA into the Income Tax Act has created certain other barriers in the way that might block the startup ecosystem development in the country.

It All Started With…

Back in 2012, when the then Finance Minister of India, Pranab Mukherjee, had amended the Section 56 redefining the ‘Income From Other Source’ in Finance Act 2012 which was made effective from April 1, 2013, the aim was to cut short the spreading web of shell companies growing then.

The amendment made 30.9% tax applicable on the capital raised by unlisted companies from any individual against an issue of shares in excess of the fair market value. The tax was classified as ‘income from other sources’ under Section 56 (II) of the Income Tax Act of India.

The tax on ‘income from other sources’ was later infamously became popular as angel tax in Indian startup ecosystem, as it brought down the angel investments in India.

Though, it is still unclear how effective this amendment has been in shutting down the black money operations, startups and angel investors soon started feeling the heat, as and when IT officers started sending notices to startups and investors for not paying the tax of 30.9% over the investments where shares’ trade values differed from the computed fair market values.

If the share price was greater than the fair price the startups had to pay 30.9% tax on the surplus valued investments. Similarly, if the investments were made at a lower share price than that of the fair market values, the investors had to bear the tax over the deficit in the valuation.

In a series of reforms, the centre has constituted a board of Inter-Ministerial Board of Certification comprising of the following members:

Once a startup fulfils certain criteria, the inter-ministerial board will further go through every startup, case-by-case and will decide whether the startup under consideration is eligible for the angel tax exemption or not.

Among the qualifying criteria are:

However, as per the notification, even if a startup meets all the criteria mentioned above the board keeps the right to decline the said approval after providing reasons.

The notification has failed to address the core startups and investors’ concerns. Commenting on the same, Mumbai Angels Network stated, “While this circular has increased the total paid up capital and has put a clearer definition around who will qualify as an investor, the key issue is still unresolved of the approval from the Inter-Ministerial Board for exemption from “Angel Tax” or Section 56 of the Income Tax Act.”

“The process of getting a fair value certification from a Merchant Banker will only add to the compliance costs and time for the startups, who are already juggling with too many variables in trying to grow their startup.”

Thus, as voiced by the Mumbai Angels Network, the biggest concerns for startups are now meeting the compliance and cost involved while fulfilling the criteria. Earlier, while startups were free to obtain a fair market valuation document from either the merchant banker or the chartered accountants, the new notification has singled out the option. Omitting the chartered accountants’ names, it says that the startups need to obtain a report from a merchant banker specifying the fair market value of shares in accordance with Rule 11UA of the Income-tax Rules, 1962.

Seconding the Mumbai Angels’ opinion, Vipul Mehta, founder and CEO of Tipping Point, a financial firm which currently offers its financial services to angel investor Sanjay Mehta, Dhruvil Sanghvi of LogiNext and others, explains, “Let’s say, if the investor has made three exits and he has generated good returns or even losses. In that case, merchant banker’s report is required and needs to be submitted. This increases the entire cost, as merchant bankers’ charges are very high.”

Earlier, startups used to get this report from the CAs and used to share with all the stakeholders including the investors. So, that one report implied for all.

“Now, every investor has to prepare his/her own report and in case of multi-exits, the startups would need to share the entire details with the investors so as the merchant banker or the CA from his side would be able to prepare and submit the report as per the new Section 50CA of the Income Tax Act. This has increased the compliance and cost burdens upon the startups as well as the investors by manifolds.”

With over 20K startups in the country, hardly 8.8K startups have succeeded in getting startup recognition from DIPP, essential criteria to get tax exemptions.

“Such a long list of criteria can’t be the cure for dealing with issues like angel tax,” speaking to Inc42, Entrepreneur Nikunj Bubna avers. He further explained that there are 8.8K startups recognised so far. However, even if you succeed to fulfil all the above-mentioned criteria, there is a separate procedure for the tax exemption. You need to apply to the inter-ministerial board if you really want to enjoy the tax holiday.

“Eight members from DIPP, the RBI, SEBI and CBDT go through every startup case to determine whether the startup is eligible to get the tax holiday or not. i.e. three years out of seven years will be tax free. Theoretically, that’s a great favour. However, fact of the matter is in the last couple of years, hardly 86 startups have been approved for the tax benefits. Only 1% of the ‘recognised’ startups have got the tax benefits.” he added.

In an environment where investors are taking calls to back startups, which are inherently risky investments with a high mortality rate, “this approval process will continue to act as a dampener for the angel investment ecosystem,” concludes Mumbai Angels.

The compliance has got so stiff that even a startup finds a suitable investor, they will have to wait to just get the valuation report approval which is absurd: Nikunj Bubna

The angel tax is not the only issue that angel investors have to face. The Finance Act, 2017 inserted new section 50CA in the Income Tax Act w.e.f April 1, 2018 to provide that where consideration for transfer of unquoted equity share of a company is less than the FMV of such share determined in accordance with the prescribed manner, the FMV shall be deemed to be the full value of consideration for the purposes of computing income under the head “capital gains”.

The FMV computation has been tweaked further in order to accomodate investments made in unquoted shares from unlisted companies.

Investors were so far required to file their “capital gains”, once every fiscal year while filing the ITR. However, the new rulebook changes the scenario. Now onwards, every time the transaction is happening, the company or the buyer has to ask for a fair market value from a chartered accountant and it has to be based on the audited financials. The way we fill every financial year return.

Vipul states, “Suppose the transaction is taking on December 31, 2017; the company is expected to produce audited financials certified by appointed chartered accountants. Typically, we do this kind of audits at the end of the year, every financial year. But, in this case, one will have to complete the audit in between and the reports need to be submitted to chartered accountants and directors to create the fair market value. Following which CA or the Merchant banker will give certificates.”

Further, he adds, “This has become a major burden when your books are not finalised. Which usually one does at the end of the year. In case you have multiple transactions, it will become a huge burden, lot of time and cost for everyone involved. Transaction date is another concern. As the money cannot be transacted the same date. In case of multiple transactions, this will be a huge challenge to meet the requirements.”

Last year, when the Finance Bill was introduced in the parliament, a number of investors had voiced their opinion against the FMV amendments. However, Vipul clarifies, “I don’t see any changes in the FMV. It’s the same as was in draft. Whatever suggestions and challenges were given across by the fraternity were not implemented.”

For Startups, On Stakes Are Their Valuable Time, Cost And Valuation

A simple clause 26 in Finance Act 2017 which paved way for the insertion of Section 50CA in the IT Act, made investors susceptible to invest in multi-startups or exits, as this will simply kill their time and cost nullifying whatever, they would expect to gain from the already risky investments.

As says Nikunj, “The fact of the matter is the governance has not been minimised but it has been made more adverse and bureaucracy-dependent. Even if the government may have some noble intention, it has been rattled due to the increasing interference from bureaucrats and officials.”

Even if one could keep the angel tax issue aside, policies are meant to minimise the compliance, increase transparency, reduce government interference and support the ecosystem. The recent notification, despite some noble intentions, falls short at all the parameters.