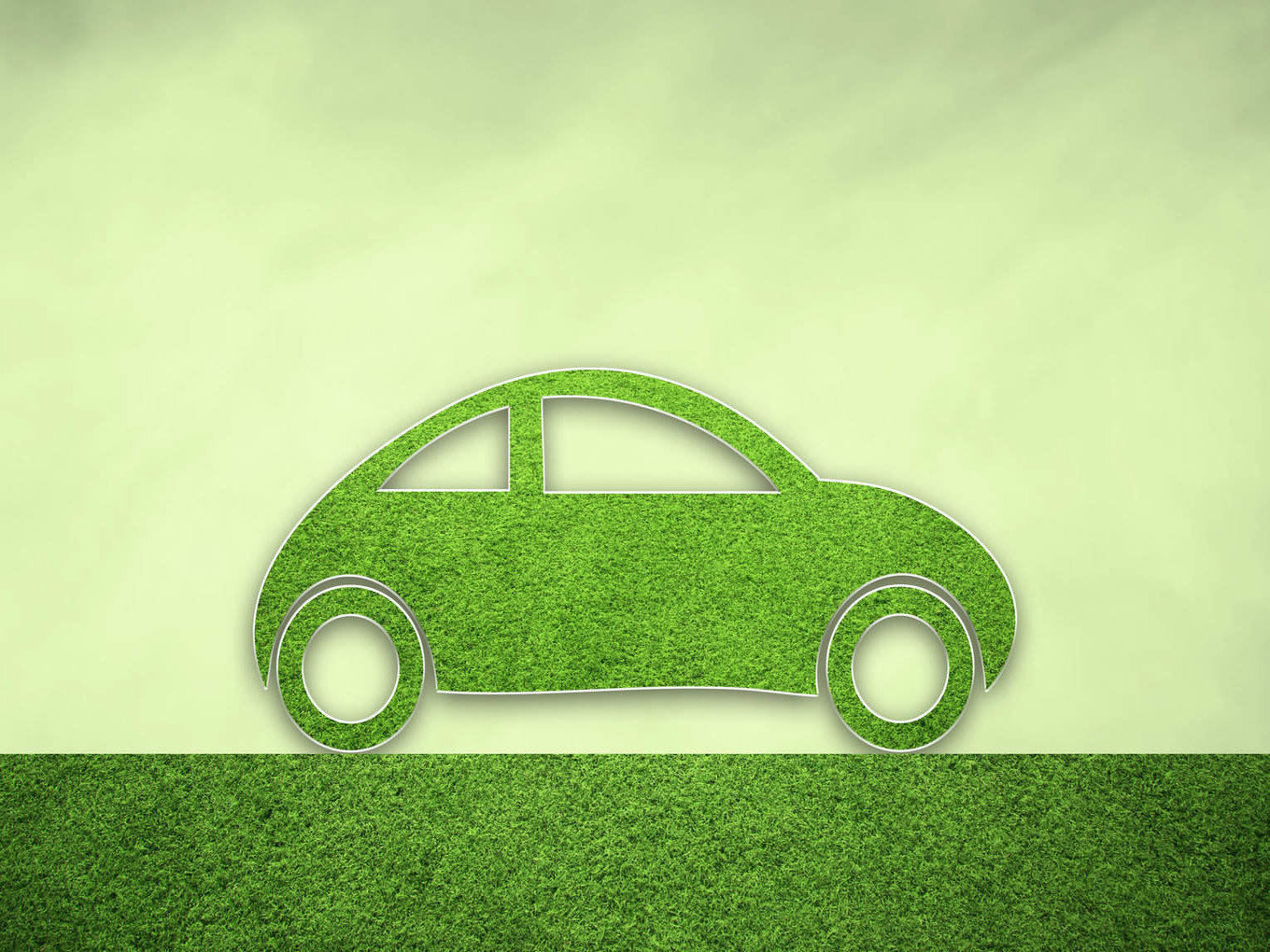 Electric vehicles are slated as zero-emission vehicles. But what about the pollution caused in their manufacturing and the reliance on the conventional electricity grid?

Electric vehicles (EVs) are at the frontier of next-generation mobility. This so-called magical solution is being widely discussed at global panels with the increasing focus on clean energy and consumption on the global stage. With India’s cities at the verge of asphyxiation sooner or later, government and green activists are pinning high hopes on EVs.

Manufacturers have started making commitments towards EV sales, startups are focussing on shared mobility and there are advances being made in lithium-ion batteries and other EV technologies.

On the other hand, experts are debating on whether it is accurate to call EVs green. Questions are being raised on whether we can ignore the greenhouse gas emissions from battery production and its impact on the grid.

It’s not just about batteries and manufacturing of EVs, but the fact that much of the electricity in the national grid is manufactured using non-green sources. In fact, many observers of the climate change fight as well as those keenly studying the impact of automobiles on ecology believe that the first step has to be to deploy clean energy generation before looking at establishing a massive EV fleet.

In Norway, for example — often considered the world’s leading EV nation — government efforts began in 1990, while private companies and startups were encouraged to innovate only after infrastructure reached a particular threshold.

As India is only just starting to initiate such measures, the electric vehicle industry today will have to play catch up. And this results in higher emissions in the process of setting up the capacity.

According to ICCT report on lifecycle analysis of EV and its battery production, studies indicate that battery production is associated with 56 to 494 KG of carbon dioxide per kilowatt-hour of battery capacity (kg CO2/kWh) for electric vehicles. Several of the studies also provide estimates for the equivalent amount of emissions per kilometer driven over the vehicle lifetimes. These generally find 1–2 g CO2 per kilometer per kWh of battery capacity.”

Various reports suggest that manufacturing an electric vehicle contributes, on average, twice as much to global warming potential and uses double the amount of energy than producing a combustion engine car.

“Battery production uses a lot of energy, from the extraction of raw materials to the electricity consumed in manufacture. The bigger the electric car and its range, the more battery cells are needed to power it, and consequently the more carbon produced,” Alekhya Datta, fellow, electricity & fuels division, The Energy and Resources Institute (TERI) told Inc42.

Automakers currently use chemistries such as lithium nickel cobalt aluminum oxide or lithium-ion phosphate which are energy-intensive. Today’s li-ion batteries are made using a ‘slurry casting’ process, whereby the active materials are mixed in a wet slurry and coated onto thin foils of aluminium or copper, then dried and compressed. This process is highly effective and efficient for mass production, but is developed empirically through trial and error, at great cost to the manufacturer.

More importantly the batteries themselves are not yet “environmentally friendly,” however, when compared to the alternative of using fossil fuels, lithium-batteries come out far ahead.

While it is true that as compared to internal combustion engine vehicles running on fossil fuels, electric vehicles do not pollute the air, it’s zero emissions and the air in the neighbourhood does not get polluted. In general, the materials used in batteries are harmful to the environment. The mining and processing of metals such as lithium, copper, manganese, and nickel requires much energy and it can release toxic compounds. The electrolyte and salt (LiPF6) used in the common li-ion batteries as separator are mainly organic compound which is hazardous to health when exposed to the human.

“The biggest fight today in the material research field is, how to make safer batteries or completely replace the liquid electrolyte with solid material to reduce the toxicity and hazardness,” Datta added.

However, optimists say that if green means clean or zero tailpipe emissions, then electric vehicles are green. “Electric vehicles do not pollute the air wherever they go, and it makes a big difference especially in residential neighbourhoods. We have banned people smoking in many places, it’s time we banned ICE cars spewing smoke & pollution too from plying in residential neighbourhoods,” said Christie Fernandez, founder and CEO of Sooorya EV.

It is also being argued that even prior to electric vehicles, batteries were produced for multiple applications including automotive. “Battery technology has improved tremendously and combined with manufacturing automation, emissions are being brought under control,” he added.

Any industrial manufacturing will generate some amount of effluents and pollution. The question is whether it’s happening in a residential or industrial zone.

Charging EVs From The Traditional Grid

Concerns are also being raised about whether penetration of EVs will increase the load it on the power distribution grid and disrupt. It is said that the increase in peak demand can cause grid ageing.

A report by the Europe-based Florence School of Regulation says that by 2030, energy consumption by EVs will make up for 3% of India’s total demand.

Environmental activists questioning the effectiveness of EVs say that it is expected that most users will charge their EVs (electric vehicles) at more or less the same time and that could increase the load on the grid. It could also lead to overheating of transformers, especially in India where it is already common during the peak usage months.

An upgrade of grid will again be an expensive affair as to meet the demand, larger-diameter electricity cables will have to be put in place in local grids.

What Is The Solution To The Clean Energy Problem?

An electric vehicle’s higher emissions during the manufacturing stage are paid-off after only 2 years as compared to driving an average conventional vehicle, a time frame that drops to about one and a half years if the car is charged using renewable energy. A 30% decrease in grid carbon intensity through transition to RE is expected to reduce emissions from the battery production chain by about 17%, in addition to even greater savings in the use phase.

“It is to be noted that the point at which an EV’s lifetime emissions break even with a combustion engine car also depends on the car’s mileage. Newer battery technologies such as (Li-air, Li-metal and solid-state batteries, etc.) may resolve these problems in the future in the commercial state. Thus, the main source of emission comes mainly during the mineral extraction from mines, separation, mixing and drying method using energy source for batteries,” said TERI’s Datta.

Additionally, Akhil Aryan, cofounder and CEO of ION Energy says to increase the use of renewable energy sources for EV charging, the government can look at creating a network of charging sites with renewable power generated on-site. “EV customers can be given access to a network of stations for charging their EVs with renewable energy,” Aryan said, adding about a US-based company that has developed a network charging programme, that allows customers to source 100% of their charging electricity from wind. This has allowed customers to have access to more than 800 charging stations, he added.

Aryan also said that EV charging can be paired with on-site renewable energy sources by co-locating EVs with on-site solar energy systems. Since 2012, San Diego implemented a project called San Diego Zoo, wherein 10 solar photovoltaic (PV) canopies were installed. This gave EV customers access to five charging stations and, when not in use, the solar energy was stored in a separate battery system.

“The government should ensure standardization for the battery charging infrastructure and the battery swapping mechanism in order to create a uniform EV ecosystem. Local production of essential EV components is much needed in order to tackle the otherwise massive import costs. For the same, the government needs to provide incentives for localized development and adoption of EVs.” – Akhil Aryan, ION Energy