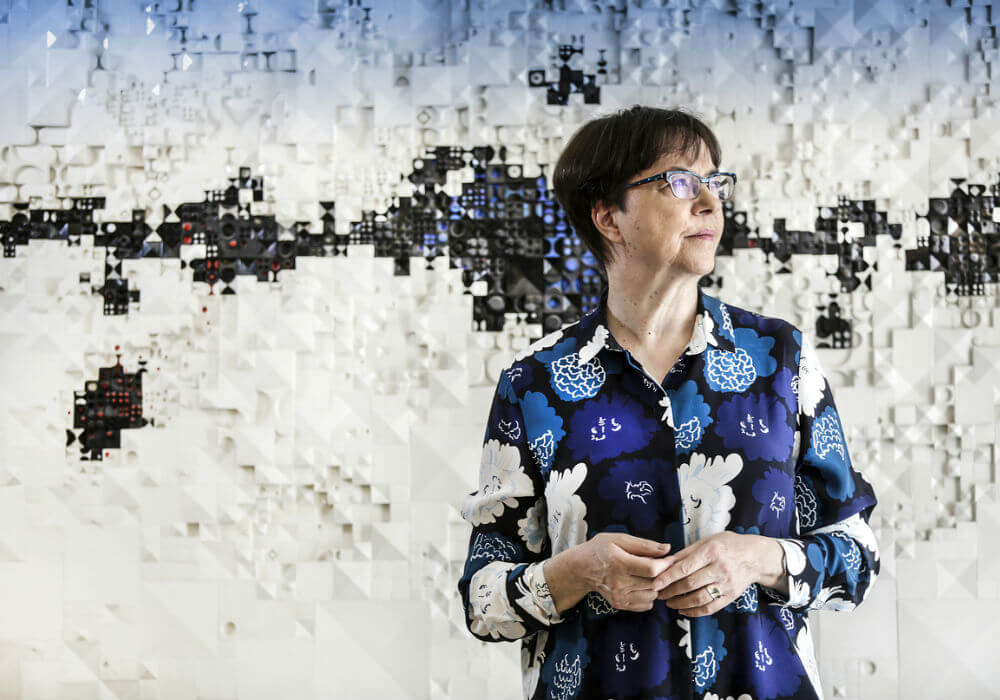 “In the future, cities will evolve from being ‘smart’ to being ‘responsive’, meaning that the citizens will move from the centre of attention to the centre of the action.” – Anne Stenros, Helsinki City’s Chief Design Officer.

Way back in 2014, when Prime Minister Narendra Modi was starting the maiden tenure of his leadership, he had announced his government’s vision to set up 100 smart cities across India.

The mission intended to promote smart solutions in Indian cities so that they are able to efficiently manage their assets or resources and develop an enhanced infrastructure.

From improving the quality of life coupled by a clean and sustainable environment and e-governance, India is placed under the silhouette of desiring to turn their architectural assets into responsive assets to aid its quest for rapidly expanding urbanisation.

During the talk, she drilled into the deep-rooted requirements and social mechanisms that shouldn’t be forgotten in the development of Smart Cities.

As it is due to her current pioneering position, Anne is equipped by the challenge to imbibe ‘design-thinking’, ‘user-understanding’ and experimentation components in a city’s development.

Here is what Anne Stenros said about India’s vision to create smart cities.

The idea of Smart Cities in India has been apprehended with much criticism for exacerbating the existing inequalities in Indian cities. The notion of such inequalities arose as only selected towns and areas are being improved with almost premium level financial investments.

Due to the expensive and localised development, as per the Centre for Policy Research, New Delhi, an average 4% of the population become the meagre beneficiaries.

Quipping on this current dilemma, Anne says, “Long ago, I learned that the step-by-step approach can lead to a revolution, not only to evolution. We should focus on a single neighbourhood at a time and try to understand and respect its unique cultural patterns and then build the development upon on that.”

Anne Stenros suggests that a set of questions need to be checked before working on the development part. Questions such as: what is the identity and heritage of a local area, who comprises the residents and what are their particular needs and desires.

According to Anne, the Smart City consists of two parts: Technology and People. While a step-by-step approach can cater to the technology needs, keeping people-first is centric to the Innovation Universe according to Anne.

She emphasises, India with its diverse but unique patterns of cultures and infrastructure needs, requires the design-thinking and strategic design to give the user perspective to problems. This will only be effective because of the human-centric approach.

The reason for the notorious criticism of the plans of Smart City expansion In India is because in the scale of the city, one cannot talk about user experience as such but citizen experience.

This means that when planning and solving problems, the governing bodies should design with the citizens – rather than to citizens – and the design should be developed keeping the future generations in mind.

Anne Stenros states compellingly that her innovation universe has a very small starting point: a human being. This has been her mantra since studying architecture at university.

She quotes Alvar Aalto, the famous Finnish architect, who poignantly stated: “We should work for simple, good, undecorated things… but things which are in harmony with the human being and organically suited to the little man in the street.”

Anne Stenros is convinced that if the designers put the human being in the centre, everything else will follow. This will lead to more cities that are aware and brave enough to give freedom for creative problem-solving and experimentation.

“Today, in my opinion, cities are still far too closed, as organisations, to collaborate and co-create with their fast-moving surroundings and with open-minded creatives,” she said.

As per Anne, in the future, cities will evolve from being ‘smart’ to being ‘responsive’, meaning that the citizens will move from the centre of attention to the centre of the action.

In the future, responsive citizens will use smart technology to contribute to planning, design and management of their cities. She says, “I call this ‘The Emotionally Smart City’ with a human-centric focus.”

During the talk, it was made clear that to develop Smart Cities in India, its cities need to have a balance between finance, technology and human beings.

Post-announcement of the Smart City mission in 2014, the stakeholders in the Indian startup ecosystem are working to give their contribution to the project quite aggressively.

Several developments had followed the announcement in 2014. For instance, in November 2017, T-Hub in collaboration with American tech conglomerate United Technologies Corporation (UTC) selected five video analytics startups for the first cohort of its Smart City and Smart Building NanoAccelerator programme, wherein two were from India.

The Government of India had allocated $1.2 Bn (INR 70.6 Bn) for Smart Cities in Budget 2014-15. As a result, a few smart cities are already coming up across the country, including Kochi Smart City, Gujarat International Finance Tec-City (GIFT) in Ahmedabad, Naya Raipur in Chhattisgarh, Lavasa in Maharashtra and Wave Infratech’s 4,500-acre smart city near New Delhi.

Earlier to this, similar initiatives were also taken up by organisations such as IBM, AIM in order to identify the potential B2B and B2C startups working in the areas of energy, utility, transportation, sanitation, agritech, water conservation, citizen management, safety and surveillance.

This resulted in a brigade of AI, IoT and Big Data enabled-startups working towards bringing potential solutions for the Smart Cities mission namely Altiux, Gaia, SenseGiz, Cubical Labs and Fluxgen amongst others.

India is all set to become the most-populous country in terms of smart cities in the world by 2030.

As India has come to attain primacy through rapid urbanisation at the rate of 33% which is much less compared to the US or China, it has become imperative that larger and smarter cities are built to address the concerns over the quality of life, transportation, energy supply and sanitation.

According to a research made under the Indian Government’s Make in India initiative, about 25-30 people will migrate every minute to major Indian cities from rural areas in search of better livelihood and better lifestyles.

With this momentum, about 843 Mn people are expected to live in urban areas by 2050.

The brevity of discussion over Smart City with Anne Stenros, the Helsinki City’s Chief Design Officer, will shed much light on India’s enthusiasm for more Smart Cities.