Can Amazon Tap The Next Billion With The India Launch Of Echo And Alexa This Diwali?

Can Amazon Tap The Next Billion With The India Launch Of Echo And Alexa This Diwali? 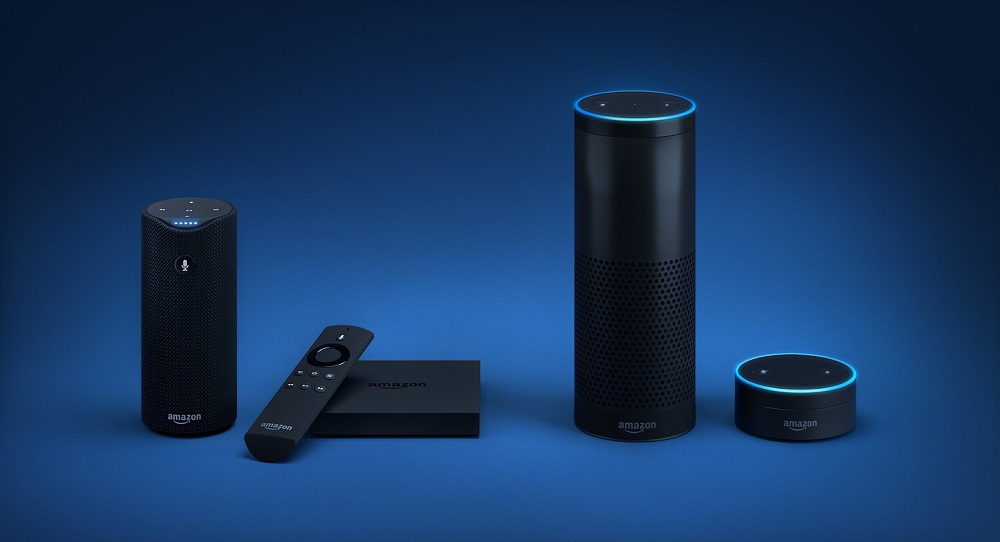 Amazon Is Expected To Launch Its Wireless Speaker, Echo, Along With Its AI Powered Virtual Assistant, Alexa, In India This Year

The next billion Internet users are going to be very different from the first billion, pointed out a Wall Street Journal story earlier this month. They almost portend the end of typing given that they hugely “rely on voice and video, avoid text, use voice activation and communication with images.” On that note, Amazon is expected to launch its smart, wireless speaker, Echo powered by its AI powered virtual assistant, along with Alexa, the artificial intelligence powered virtual assistant in India this year.

A Google report points out that 90% of new Internet users coming online in India are non-English speakers. No wonder, tech companies are rethinking their products for these newcomers and this includes giants like Google, Facebook and more besides Amazon.

This launch may come as soon as Diwali as per a Factor Daily report, as the ecommerce behemoth makes an entry into voice-assisted computing in the world’s fastest growing Internet market, India.

As per the report, Amazon had earlier planned to launch Echo in India around December but undisclosed sources say that Echo may be launched as soon as Diwali, a major Indian festival season, to coincide with peak the shopping season in the country.

While the Internet of Things (IoT) market in India has failed to attract the mainstream audience so far, it stands at $5.6 Bn with 200 Mn connected units in 2016 and is expected to grow to $15 Bn with 2.7 Bn units by 2020, according to a report by Nasscom and Deloitte.

“By 2020, we believe industries such as utilities, manufacturing, automotive, transportation and logistics are expected to see highest adoption levels of IoT in India. The government’s planned investment of about $1 Bn for 100 smart cities, over the next five years, is expected to be a key enabler for IoT adoption across these industries,” said the report.

Amazon’s Alexa as well as Echo were first launched in November 2014 in the US. The Echo created its own market – a voice-based personal assistant in the home. While every other player in the IoT space was relying on smartphones as the centerpiece of the connected home, it turns out that the home was the one place in the entire world where smartphones were not necessarily the most convenient device, or touch the easiest input method.

So how will Alexa Voice Service (AVS) and Echo change the way IoT works?

Basically, the personal assistant built out of the phone for day-to-day chores will allow users to control everything through one device, which includes all electronics. One can book a cab, get any information, get weather updates, set alarms, play music or a movie on Amazon Prime Video, shop from Amazon, buy groceries online, book a flight, even draft and send work emails, and the list goes on.

“Alexa” and “Echo” are two different products that complement each other. Alexa is the voice assistant, and much like AWS, Echo is Alexa’s first customer. Echo was followed by numerous hardware manufacturers lining up to build Alexa-enabled devices that run Alexa, including direct Echo competitors, TVs, and other smart devices.

In short, Amazon is building the operating system of the home — its name is Alexa!

Amazon Echo And Alexa: Banking On Voice And Vernacular In India

The speakers will initially be launched with an English interface and will be updated later to respond to commands in regional Indian languages including Marathi, Tamil, and Hindi, as per undisclosed sources. As per an ET report, a multilingual interface is being developed at Amazon’s Chennai facility.

An Amazon Spokesperson told Inc42, “Amazon does not comment on rumours and speculation.” 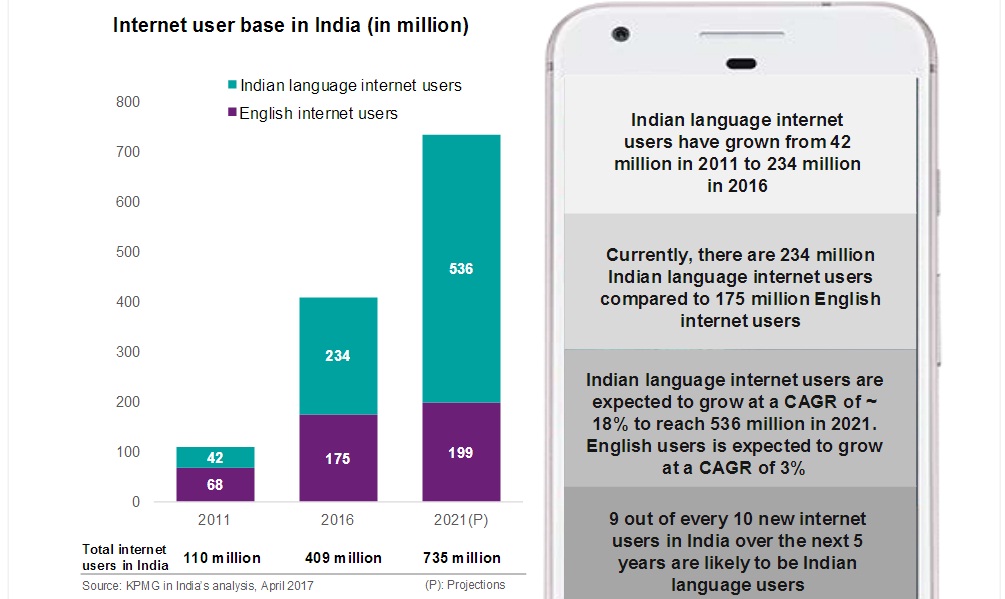 No wonder, Amazon would want Alexa to double down on vernacular to target these next set of new Internet users by making it responsive in regional Indian languages. However, the task is easier said than done. Making voice interfaces work for Indian vernacular languages will be a challenge given that India has thousands of them.

In this respect, Google scores over Amazon. The tech giant recently announced support for eight new Indian languages including Bengali, Gujarati, Kannada, Malayalam, Tamil, Telugu and Urdu, something which Amazon will have to stress upon and also admits could be a hindrance.

In a post earnings conference call with analysts last month, Brian T Olsavsky, Amazon’s CFO, said the online marketplace has made significant investments in building up fulfilment capacity and logistics services, apart from launching its digital video in India.

However, Amazon also acknowledged in its results, “As international ecommerce and other online and web services grow, competition will intensify. Local companies may have a substantial competitive advantage because of their greater understanding of and focus on, the local customer, as well as their more established local brand names. We may not be able to hire, train, retain, and manage required personnel, which may limit our international growth.”

Having earmarked over $5 Bn for India, Amazon has also steadily introduced its global products and services in the country. First came the dedicated e-reader Amazon Kindle in 2013 followed by its subsequent variants.

In April this year, it launched its video streaming device, Amazon Fire TV Stick, its rival to the Google Chromecast – in India priced at $62 (INR 3,999). The Amazon Fire TV Stick plugs in directly into a user’s TV’s HDMI port, and comes with a bunch of apps that can be used to access these services. It ships with a voice remote that you can use to navigate the interface, or search by speaking to it. 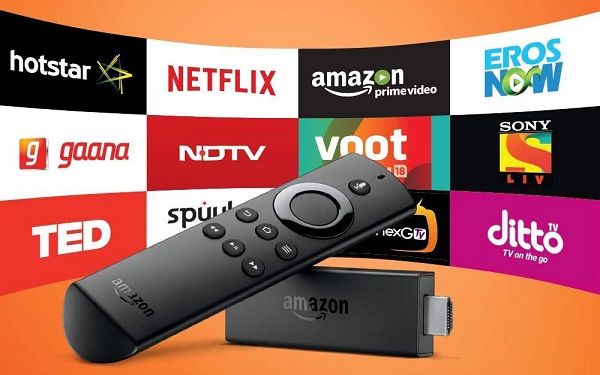 Meanwhile, as far as services are concerned, Amazon has brought into India – Amazon Prime membership and Amazon Prime Video, a grocery delivery app by the name of Amazon Now and Amazon Pantry – which offer grocery and household essentials and its e-wallet, Amazon Pay.

For online purchases, Alexa will link to Amazon’s online marketplace, thus giving it further firepower against its local rival, Flipkart. More so, Alexa will be crucial to Amazon’s efforts to woo urban customers in India, specifically those using its Prime subscription service.

Of course, Alexa will face a tough competition from Google Now, Microsoft’s Cortana, and Apple’s Siri. Google Now would be a major threat, given Android’s dominant market share in India. On the other hand, Google Home will compete with Amazon Echo in India. However, with a steep pricing of INR 23,999, it might not gain enough traction among the common man.

As per a report by eMarketer in May, Amazon’s Echo speaker will have a 70.6% market share in the US voice enabled speaker market, with Google Home trailing at 23.8%. The report takes into account individuals of any age who use a voice-enabled speaker once a month. This year, 35.6 Mn Americans will use a voice-activated device at least once per month, the firm estimates – a 128.9% increase over 2016. (The company is not counting voice assistants on smartphones in this part of its forecast – only those digital assistants on standalone voice-enabled speakers.) 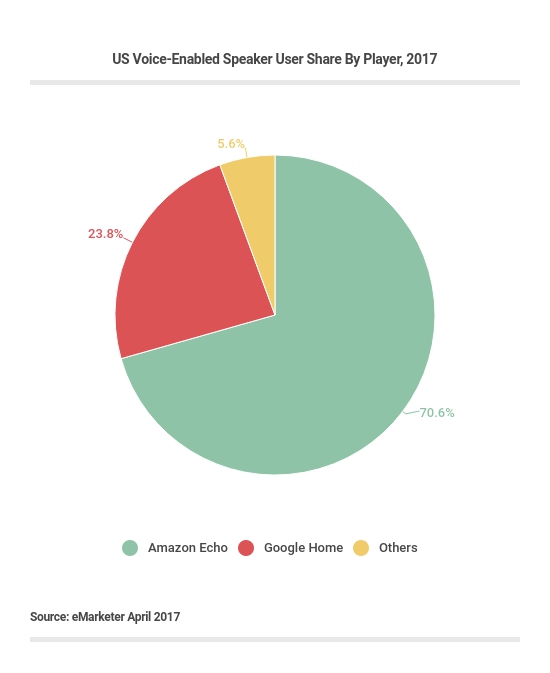 As the WSJ story rightly pointed out, the next billion will be mobile users who are more comfortable with voice and visuals over text, and with a preference for vernacular content. These users are going to interact with the Internet in fundamentally different ways than their urban counterparts. The Indian market is poised to become a hotbed for voice enabled services and devices.

It will be interesting to watch, post Diwali, if Echo and Alexa will be able to make a dent in the Indian market?