While direct subscription revenue has grown over 100% Y-o-Y, daily downloads grew by nearly 25% in the final quarter of FY2020

Given the decades of experience for Balaji Telefilms in the film and television industry, ALTBalaji has always had a massive advantage in terms of content and production flow over many other homegrown OTT platforms. But over the years, ALTBalaji has forged a unique identity in the space and leveraged user interest for its shows to earn robust direct revenue.

With its shows primarily targetted at Tier 2 and 3 audiences in the Hindi belt, the platform has sustained yearly growth. Currently, 56% of its users coming from non-metro and tier 2/tier 3 towns and cities, as per its latest financials which were released this week.

The opportunity in the Indian OTT video streaming segment is immense. The Indian consumer today is not shy about experimenting and one area that has seen major growth is bold or adult-rated content. As reported in DataLabs by Inc42+’s ‘India’s OTT Market Landscape 2020’, the time spent on OTT streaming has increased significantly, with attention economy sectors such as OTT, podcasts, gaming have witnessed an average increase of 30-60% since early March. The report noted that players like ALTBalaji, Ullu, Addatimes and Prime Flix are gaining an edge due to their bold content offerings.

The primary content for around 26 regional OTT video streaming players operational in India is full-length feature movies. TV shows are the next popular category, followed by originals and web series. ALTBalaji has a mix of all of these categories, but among its originals, all of its shows are rated 18+, for adults-only.

ALTBalaji says that in FY20 it has grown its direct subscription revenue over 100% from the last fiscal. In the quarter ended March 31, the service added 12,300 subscriptions per day (1.2 Mn in Q4), compared to 10,000 per day the previous quarter.

The company says it currently has 8.4 Mn monthly active users “engaged”, a small number of whom convert into paying subscribers (“profitable consumers”). 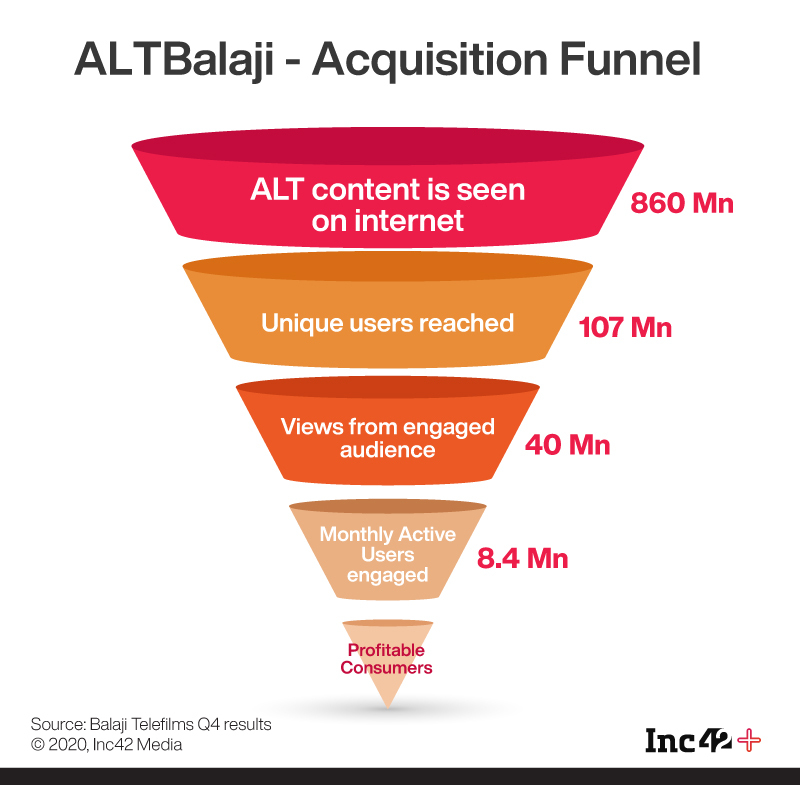 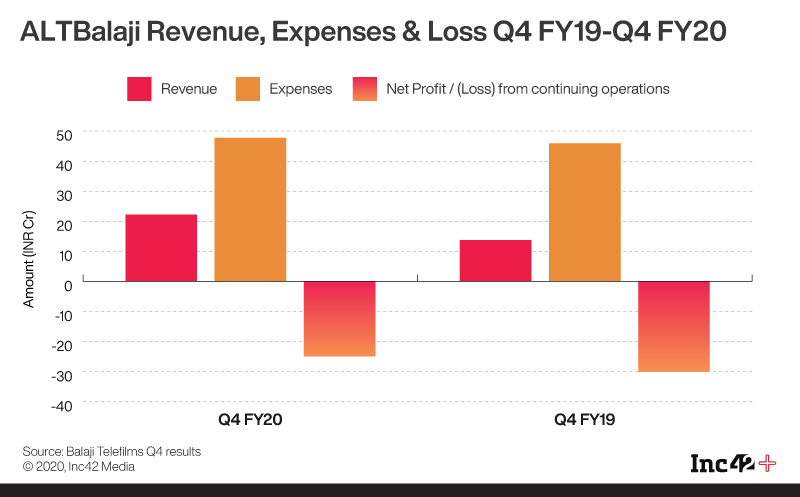 ALTBalaji’s revenue streams include subscription income, licensing of digital content rights and income from hosting ads on the free service. The company claims it sees high engagement with its user funnel showing 1% of impressions converting to subscribers. 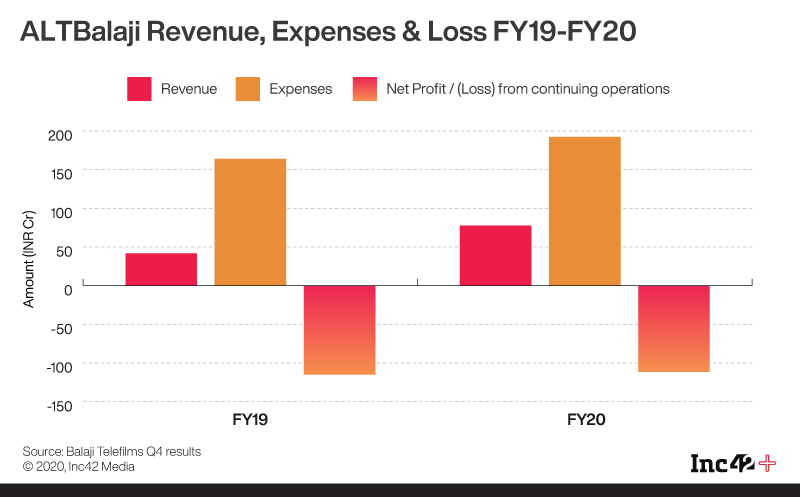 On examining further, we noted that in Q4 FY20, the company’s major expense was production costs which jumped 26% Y-o-Y reaching INR 26.1 Cr in the quarter. However, with most production halted in the next quarter, we expect ALTBalaji to have significantly better financial performance in Q1 for FY2021 if it has maintained its run rate of subscribers.

The rising production costs are directly related to the company’s focus on original content — the platform today has 62 original shows, which includes multiple shows with returning seasons. It will continue to add 20- 24 shows for 2020-21 — but that remains to be seen pending the long-term impact from the pandemic. The company said it leverages the Balaji ecosystem of TV and films to promote shows and acquire consumers via lower marketing spends. It noted that a deeper library of original shows allows ALTBalaji to acquire customers at a lower cost of acquisition. 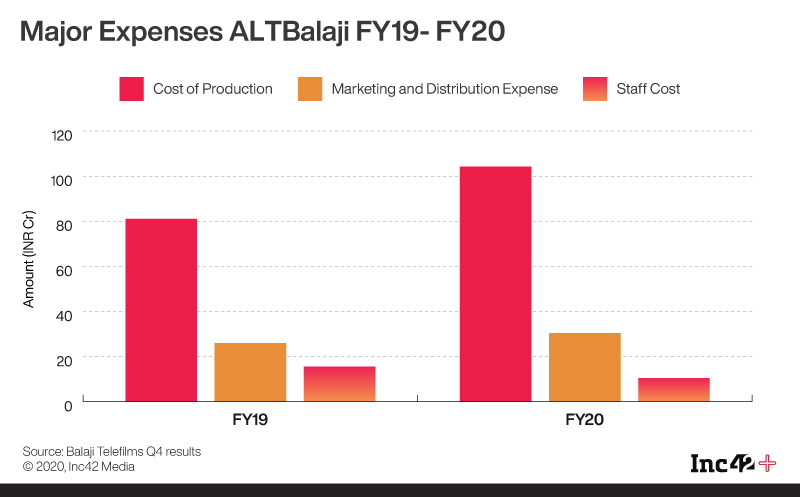 Overall, 823 hours of content was produced in the fiscal at an average realization of INR 0.37cr / hour, as against 763 hours in FY2019. It also noted that the content alliance with Zee5 which went live in mid-2019 is driving growth for both partners. Together, they have co-produced five shows already and have plans to make 60 such shows.

In simple terms, the company has pivoted from a multi-partner free to a single partner behind the paywall ecosystem. ALTBalaji offers content in regional Indian languages Malayalam, Tamil, Telugu as well as in Arabic, Bahasa (Indonesia and Malaysia).

According to Redseer, the online content consumption in India grew 35% in April 2020 compared to January 2020. As social distancing and work-from-home continue to prevail, the shows watched on the OTT platforms have turned into conversation starters across the country. In terms of financials too, ALTBalaji has been consistently improving which positions it well for the long fight in the crowded OTT segment.