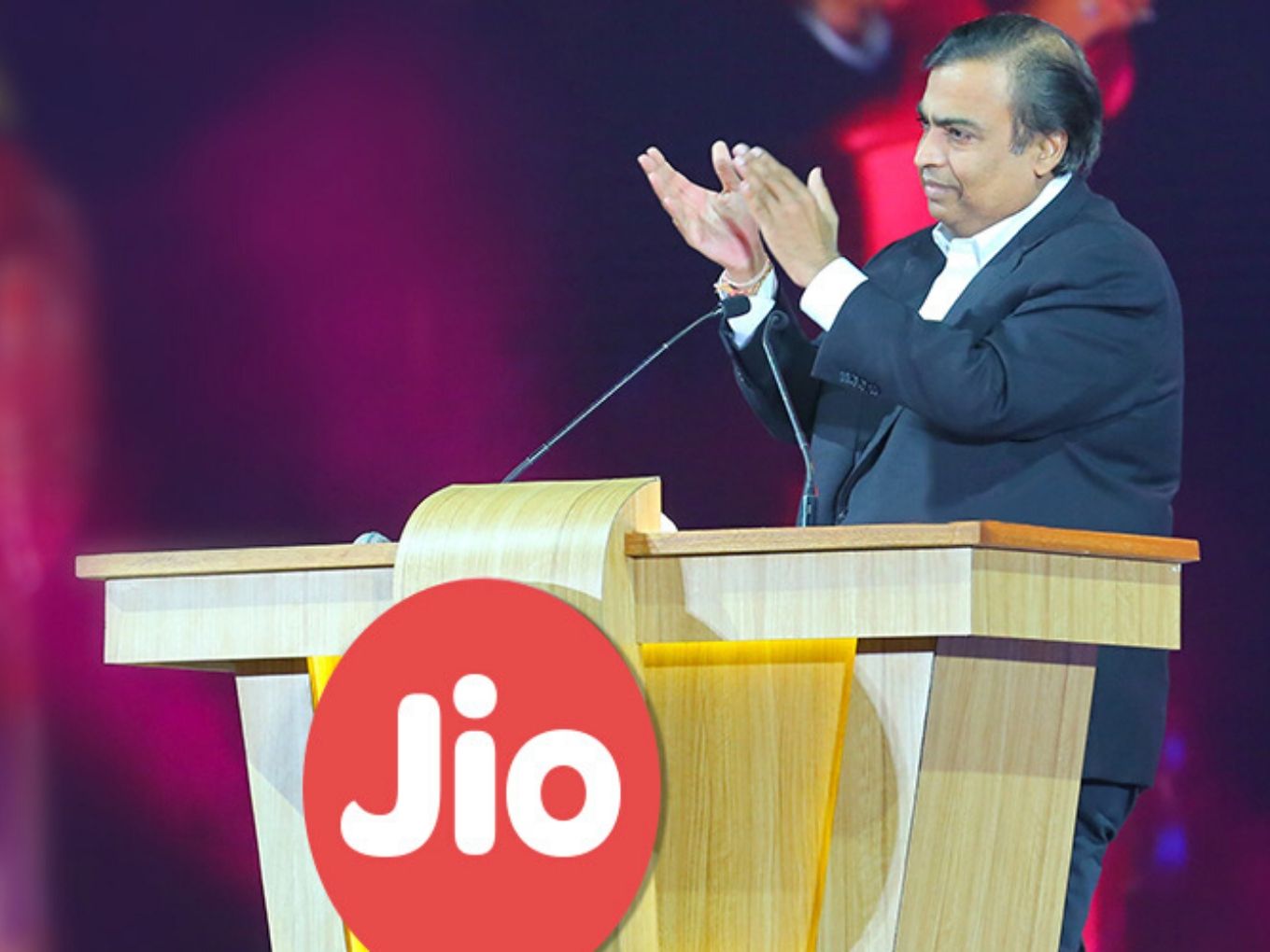 Reliance launched its ecosystem play in 2016 with Jio 4G services

India’s richest man Mukesh Ambani announced another addition to the Reliance family in early 2016 and since then Reliance Jio has become nearly synonymous with India’s digital growth. Since its launch three years ago, Jio’s 4G telecom service has been hailed as the saviour of India’s digital dreams and has been racking up subscribers at the expense of other telecom players through its so-called Digital Life umbrella of products and services.

Today, Reliance Jio is on the verge of becoming the leading telecom service in India, all thanks to unmatched pricing, tons of promotional offers and the weight of the Reliance machinery behind it.

Alongside Jio 4G, Reliance had also started working on its suite of digital apps and services that have been heralded on many occasions by Prime Minister Narendra Modi under the flagship ‘Digital India’ programme.

Besides the Reliance Jio 4G digital services, Reliance has also stepped up its play in the broadband segment with JioFiber, which threatens to disrupt home broadband the same way that Jio did mobile internet.

With its cheap data plans, Reliance Jio has aggressively pushed for a “Digital Life.” Since its launch, the Indian digital market has grown to have 608 Mn meaningful internet users and over 404.1 Mn smartphone users (as of 2017). According to Cisco’s Visual Networking Index (VNI), smartphone users in India are expected to reach 829 Mn by 2022.

With this growing addressable base of internet users, global tech giants across sectors have sharpened their focus on India. Brands such as Netflix, Apple, Amazon, Google, Spotify and Disney have not only launched new services in India, but at the same have optimised them for Indian audiences.

One of the biggest advantages for Jio at the time of its 4G launch was that it was the first company to hold pan-India unified license, which allowed it to operate and provide services in all 22 telecom circles or areas of the country. This luxury was not even afforded to the state-run Bharat Sanchar Nigam Limited (BSNL) and allowed Jio to launch all across India simultaneously.

Reliance launched with free mobile internet for users in the introductory period for over six months and when it started charging users, it was at market-beating prices, which hurt the revenue and user growth of other operators. Reliance was offering data plans for as low as INR 10 per month, which meant Indians lapped up mobile data like no other smartphone consumer audience in the world.

With Reliance Jio coming into the picture, one perk that customers got was free calling. Besides the most affordable internet plans in the market, Jio used its 4G-only network to offer free calling which made it a lucrative option for those who relied on voice calls besides mobile internet. , As a result, rival telecom companies such as Bharti Airtel Vodafone and Idea (before its merger with Vodafone) were also forced to rethink their rates.

Talking about Jio at the Reliance’s 42 annual general meeting in 2018, chairman Mukesh Ambani said that Jio is looking to open the doors to a new digital life. Reliance Jio has a line of services for its users, most of which are available for Apple’s App Store, Android’s Google Play and desktops as well.

Jio has a treasure chest of over-the-top (OTT) apps for users including JioTV, JioSaavn and Jio Cinema. JioTV is a live TV streaming platform which lets users watch live TV programming on their phones without a TV connection, while JioCinema brought movies, TV shows, music videos to phones. After merging its JioMusic with Saavn, Jio launched JioSaavn with 45 Mn songs and podcasts.

Launched in September, JioFiber is currently priced at INR 700-10K per month depending on the plan selected by the user. On top of Jio Fiber, the company is planning to launch a host of services such as Jio Holoboard, mixed reality (VR+AR) applications, gaming set-top box and an OTT platform. Mixed reality (AR+VR) experiences will be available on Jio Fiber and can be used for shopping, education and entertainment purposes.

In addition to mixed reality use-cases, premium users of the Jio Fiber will get access to a yet-to-be-launched OTT platform by Jio, called ‘Jio First Day First Show’. The platform will allow users to watch movies on the same day it is released. The launch date for this platform is said to be in mid-2020. This will put Reliance Jio straight into competition against Hotstar, Netflix and Amazon Prime.

Jio also has its own digital payments platform called JioMoney, which allows users to donate, send and receive money. It also enables users to pay bills and recharge their mobile phones and DTH connections, among others. Jio also entered the payments bank market with the Jio Payment Bank.

With MyJio for account management, JioBrowser for surfing and content discovery, Jio News for news alert and Jio Chat for free instant messaging, Reliance JIo ensured that new smartphone users were never short of any apps on its Jio-branded phones. While the quality of these apps can be questioned, Jio covered all bases for regular smartphone usage through these apps.

Reliance Jio also released a personal cloud service called JioCloud which was its take on Google Drive. One could store documents, audio and video files and folders in JioCloud for seamless cross-device access from any smartphone, computer or TV.

Reliance Jio also offers a health tracking app that allows users to book tests with hospitals, consult doctors and manage their weight-loss goals, among other services. It also users to safely secure their medical reports and share them with doctors.

JioCalls app allows users to make HD video and voice calls to any landline or other telecom networks. The feature is enabled for Jio subscribers with an Android phone and through JioFi for 2G/3G Android smartphones. Moreover, it also allows users to conference calls, and send and receive messages. In its most recent avatar, Jio Calls lets users connect their landlines to smartphones to answer any calls to fixed lines through their Jio phone.

Like the name suggests, JioSecurity is a mobile antivirus app. The app allows multiple devices, using different telecom network, to be protected at the same time. However, to use this feature at least one of the devices should have Jio SIM.  It also helps users locate their phone, when lost or stolen. In addition, it also expands security to internet browsing as well.

What Is Reliance Jio’s Growth Rate?

Reliance Jio is currently the fastest growing telecom network in India. Even though, Vodafone Idea has the highest number of users, the company is losing millions of customers every month to Reliance’s ‘Digital Life’ pitch.

Telecom Regulatory Authority of India (TRAI) has noted the trend in the last few months.

Reliance Jio’s growth has been so fast based, that it is anticipated to be one of the Top 100 brands across the world by 2022, according to a report by a market research Kantar Millward Brown. The company is currently estimated to be valued at $ 4.1 Bn.

In late October, Reliance set up a new digital services company to act as an umbrella platform for all the Reliance-owned digital businesses including Reliance Jio, MyJio, JioTV, JioCinema, JioNews and JioSaavn. Ambani that the company will focus on services in healthcare, education, agriculture, commerce, government-to-citizen services, gaming and manufacturing sector among others.

The new digital services holding company will be backed by investment in emerging technologies such as blockchain, artificial intelligence and machine learning. Moreover, it will be enabled by virtual, augmented and mixed reality, natural language processing and voice-enabled services.

The new company will be backed by emerging and next-generation technologies such as blockchain, artificial intelligence and machine learning. Moreover, it will also touch aspects of everyday life such as shopping, gaming and other activities through VR and AR, machine learning, edge computing, natural language processing and voice-enabled services.