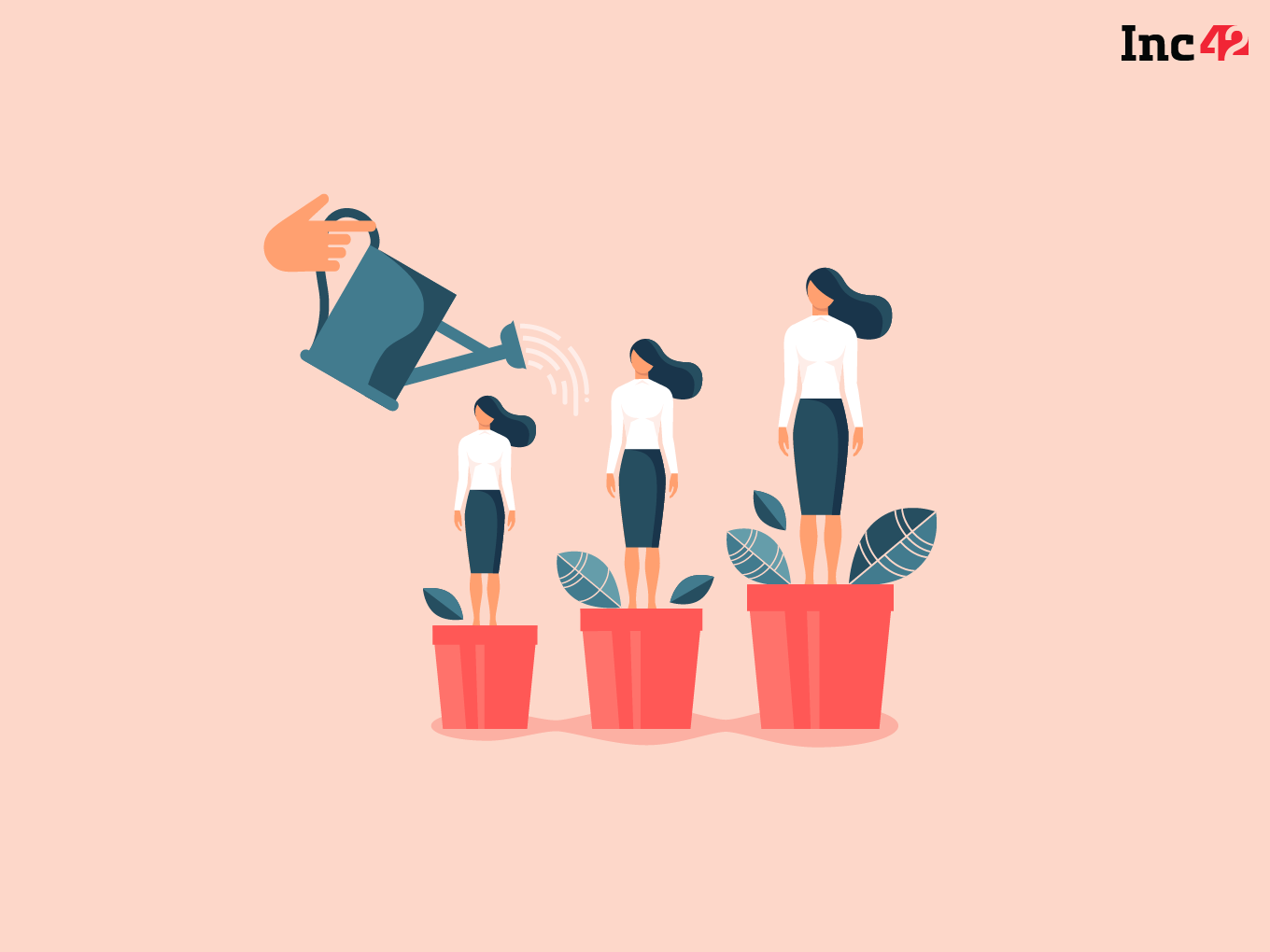 In 2018, Women-led startups received 17% of the total VC investments across the globe

Startups led by all-male teams were 4 times more likely to get funding as compared to women-led companies, as per a study in Venture Capital Journal

In such a world, the idea of ‘women investing in women’ is a silver lining for gender parity

In 1975, the United Nations instituted March 8 as Women’s Day the world over. More than four decades later, gender equality in terms of pay and opportunities at workplaces is still a distant dream for many women in India and worldwide.

According to a global research study on entrepreneurial dynamics by Global Entrepreneurship Monitor (GEM), the number of women entrepreneurs in the world has increased by 10%, since 2014. However, the total venture capital (VC) investments in women-led (at least one female founder) startups is mere 17% ($38.9 Bn) of the total VC investments of $188 Bn in the ecosystem globally. A rise in comparison to four years ago, but, not a significant enough.

In an attempt to catalyse this unique women-led investor-entrepreneur equation, Inc42 asked women investors to share their advice for female founders.

Across the responses to an Inc42’s questionnaire, women investors emphasized that women founders have to fight a constant battle against gender disparity and existing prejudices and work harder than their male counterparts to get access the same opportunities.

“There exists a prejudice against female founders, especially during fundraising, which can feel like a constant uphill battle for them. Thus the onus of supporting women entrepreneurs to some extent does fall on the few female investors within the ecosystem,” shared Dr. Aarti Gupta, Chief Investment Officer, DBR Ventures.

In a world, where women-led startups make up for a such a small percentage of the VC investments; the idea of ‘women investing in women’ is the first step towards gender parity. A study on the gender gap in the VC world showed that the startups founded by all-male teams were four times more likely to get funding as compared to the companies with even one female founder.

The existing system is being slowly subverted by the emerging sisterhood in the startup space. Founder of Saha Fund, a women-focused venture capital firm, Ankita Vashistha said, “Women investors can relate instantly to women founders solving problems for women consumers, which even a room full of highly experienced male VCs can’t.”

Networking Is The Key

An early stage entrepreneur has to battle a number of doubts, on a daily basis. Ranging from the basic, “Am I targeting the right market segment?”, to more operational questions like, “How to reach out the potential partners for my business?”

Luckily the startup ecosystem in itself has the potential to be a rich source of advice for new business founders. Cofounder of Strategy Garage and angel investor, Revathy Ashok said, entrepreneurs should actively work on “nurturing their networks”. They should constantly seek mentorship and advice from experts, as it will be prove immensely valuable in their entrepreneurial journey, she added.

A study based on the survey of 1K entrepreneurs across 10 cities around the world, showed that informal networks and communities are more valuable for a successful business in comparison to incubators and accelerators.

In the world of startups, it’s not always the fastest player that controls the market, but, sometimes the second or even later entrant into the market, has ended up monopolising the sector.

To this, managing director of Qualcomm Ventures India, Varsha Tagare said, “If you believe in your product/vision, then just go for it. It doesn’t matter whether you have the first mover advantage or not.”

For an early stage founder, finding the right investor can be instrumental to building a successful business. In the words of Revathy, “Finding an investor who can work with the founder to build the right strategic direction for the company is more important than mere valuation of the company.”

To this, Tagare compared the investor-founder relationship to a marriage and said, “It is important to find investors that you can work with long term.”

Though investors are not directly involved in the day-to-day business operations, yet they add significant value through their experience. Sometimes small inputs like potential business offerings, industry expertise, or, a new revenue stream, could become a revolutionary point for the startup.

On the other side, a bad investor-founder relation could also negatively impact the company’s growth. The infamous saga of Housing.com, is a rather interesting case study on the investor-founder relations gone bad. In 2015, Housing founder Rahul Yadav sent out a set of inflammatory emails and social media posts about the company’s investors, following which the board eventually fired Rahul from the CEO position in 2016.

Speaking from her experience, Dr. Gupta said, “Some women founders tend to doubt their capabilities and as a result end up playing it safe.” Entrepreneurs should understand that investors know that startups are a risky asset class. So, there’s no need for founders to hold back while executing their ideas, she added.

While competing for investors attention, it’s crucial for an entrepreneur to deliver an effective pitch. Whether the communication is over email or in-person, one needs to ensure that the message gets across clearly and help them stand out from the other startups.

According to managing director of Kalaari Capital, Vani Kola, “Women have a hard time being assertive, and maybe come across as either too apologetic or too aggressive.”

Vani added, “Effective Communication is an important skill and its fundamentals are not different for men or women. But I think women behave differently to certain situations than men do. I’m not suggesting that they should behave the same because each of us is a unique individual, and we must be true to ourselves as an individual first and foremost.”

Concluding her point, she said, “ Effective means being able to put your point across in a way that you’re effective in creating the outcome and the impact. Effective communication is a skill and it needs to be practiced daily.”

When talking to a group of investors, it becomes indispensable to discuss the factors that define a startup’s investment potential. Across the board, investors agreed that the startup idea should solve a large market problem, the differentiating factor in the idea, quality of leadership and team capabilities and finally, strong unit economics.

Drawing a roadmap across these factors, Dr. Anu Gupta, cofounder Karmaya Ventures and an angel investor, said, “The startup idea should cater to a large addressable potential market (scalable), the startup should have frugality or value for money approach built in its concept and execution which should reflect in its positive unit economics (sustainable), and the venture should cater to a real need of customers and should be executed for an exponential growth so that it provides an early exit (sellable to customers and investors alike).”

Starting a business can be a rewarding or daunting experience for any founder. For a large part, the investor world is largely gender-agnostic, so most rules are the same for men and women founders.

While women are indeed beating all odds and building thriving companies worldwide, it is now time to raise the profile of women-led ventures. It can equally serve as an inspiration to others who want to pursue their ambitions. It is time to recognise that female entrepreneurship is no longer just a gender issue. It is an economic one.