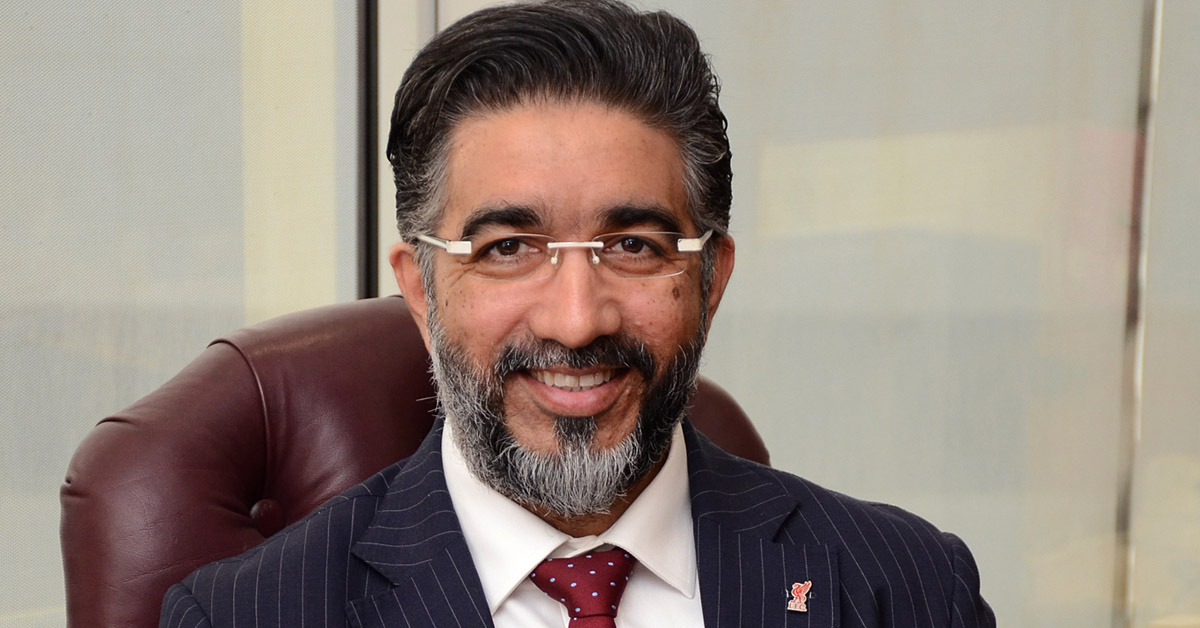 Abdulla Hassan, the CEO of Al Dhow Capital, says the Indian ecosystem is like a store where Santa Clause is the salesman

To kick up the GDP, Indian businesses must focus on rural areas and get more women in the workspace

Not many of you would have heard of Kuwait-based business conglomerate Al Dhow and the reason is quite simple — the old family-owned group has large and varied business interests across the Middle East but has little to do with India. But that’s about to change and in a way that’s quite unexpected.

The conglomerate also happens to run an investment arm called AL Dhow Capital, whose CEO Abdulla Hassan was in India recently. By his own admission, Hassan was partly on a mission to assess the landscape for future investments in India.

Inc42 caught up with Hassan to get insights into his future investment plans, but we ended up covering a wide range of topics related to the Indian startup ecosystem and to Hassan, who comes across as a very passionate proponent of the India story.

Al Dhow Capital started out in late 2016-early 2017 and has made 12 investments till date, most of which have been in the UK or US. The fund invests in artificial intelligence (AI), marketplaces, SaaS, mobile applications, smart devices, engineering, the Internet of things (IOT), and other network-based early-stage companies.

Al Dhow Capital has invested in companies such as what3words, a map service that has raised investment from Mercedes, whose cars also come along with the services; Moteefe, a social selling platform; ThingTrax, an IoT device-maker that tracks the health of machines; and Schiller, a water bicycle maker.

“Dhow is also the name of a merchant ship, one that used to travel between India and Kuwait to transport dates to India and take back rice and spices to Kuwait,” smiles Hassan, drawing on an old trade connection with India as he introduces the Al Dhow Capital fund.

Talking about why he believes India is not just a good opportunity but a “giant” one, Hassan likens the Indian ecosystem to a store where Santa Clause is the salesman.

Hassan, who comes to give talks in India every year, differs from his peers in the manner in which he approaches his opportunities — he is focussed only on rural India. “People from outside who come to India to invest only look at urban cities but there is a lot that is happening in the rural cities and it does not get covered much,” he says.

At a recent IIT Kanpur alumni event in Pune, Hassan met a group of youths who had come from local towns and villages around Pune and was impressed by their business ideas. “The ideas were real because they followed basic business fundamentals and their product was ready and already had traction…they were not selling me pipe dreams, which is what I often experience in the cities,” Hassan says, drawing on this as an example to demonstrate the potential of grassroots entrepreneurship.

About 66% of India lives in rural areas, but the startup boom in India has been concentrated in big cities such as Bengaluru, Hyderabad, Delhi, Chennai, Mumbai, and Pune. What’s more concerning is that rural wage growth in India has been the lowest in three years — the growth rate of rural wages for men, taken as the simple average wage rate for all rural occupations, fell to 3.09% in January this year, from 6.57% in the same month a year ago.

It seems that the startups in India have largely ignored hinterland India. “I have spoken to entrepreneurs at the grassroots levels, even at schools and colleges in rural towns, and I have observed that these people have a very different DNA. They are far more excited about developing things than folks in cities. In urban areas, the focus and drive are on catering to serve better lifestyles. That’s one of the reasons why there is a huge rate of failure among Indian startups,” says Hassan.

Diversity Is The Need Of The Indian Ecosystem

At the base, Hassan’s logic seems pretty simple — that the Indian startup ecosystem needs to look inwards towards the rural areas, but that’s just one aspect. The larger theme that Hassan is pointing at is that we need all sections of society to be represented.

“I honestly believe if the GDP of this country needs to jump, then there are two things it needs to do — focus on rural areas and get more women in the workspace. Because of the disparity — the number of women working in India is very small — the country has been deprived of additional GDP. If you add just 10% more women to the workforce it will lead to an increase of around 1.4% in the GDP and that’s about $700 Bn!” says Hassan

On a side note, the overall conversation about gender parity at work gets lost in our day-to-day stories where we’re busy talking about investor exits, company fundings, the latest technologies, Zuckerberg’s goof-ups (putting it mildly), and even how machines may take over the world.

Just like cinema, our industries and our startups are a reflection of our society. We need more representation from women and from the LGBT community if we want to build a work environment that does not discriminate against people from diverse backgrounds and offers women safe and equal-opportunity workplaces.

Next Stop For Indian Startup Ecosystem

While we may be achieving significant growth, is it in keeping with the potential of the Indian startup ecosystem? This is the question that Hassan directly or indirectly refers to throughout the conversation.

“Last year, India received $13.4 Bn- $13.6 Bn private equity investment from outside the country and, if you think about it, that’s a very small number compared to the size of the country,” says Hassan.

He also does not normalise the huge failure rate of Indian startups and believes that the key to getting more investments and having more successful startups lies in having higher-quality accelerators and incubators, which he feels is lacking at the moment.

He also feels that India is lacking in innovation solely because most entrepreneurs and investors are copying blindly other successful business ideas of their peers.

“If you look at some of the portfolios of the investors, they don’t make sense. Why would you have 7-8 AI/IoT companies in a single portfolio…it does not make sense, why would you do that?” asks an exasperated Hassan, pointing out that it may be because other investors are also doing the same.

“The country needs to be more brash, more proud, and more direct about in its approach.”

As of now, Hassan has no plans to set up a fund in India, but is ready to start investing here.

“Most of the opportunities that we will be looking at are fairly small ticket because that’s what is required. When you support an existing startup in a rural area, you are probably looking at just $13614 – $27229 (INR 10 lakh – INR 20 lakh to do just that, and the scale-up potential is huge,” says Hassan.

The sectors Al Dhow Capital is looking at include agritech, food, health, fintech, education, and the industrial space (this is for later).

According to Hassan, some of the key drivers for technology in rural areas are mobile technology, satellite TV, and Internet, along with the introduction of UPI payments.

“In fact, the reach of government-enabled technology in rural areas is better than what the private sector has done.”

“I was looking at a research report that mentioned the Konkan belt, which contributes one of the highest GDP to the Maharashtra state exchequer. The people there are driving cars and live in apartment buildings and shopping malls, but they don’t have services (almost like a village) and that’s the opportunity,” says Hassan.

In conclusion, this interview could well be an agenda for the manifesto for the future of the Indian startup ecosystem — hinterland India.