2019 In Review: Rewind And Look Back At The Year Gone By For The Startup Ecosystem

2019 In Review: Rewind And Look Back At The Year Gone By For The Startup Ecosystem 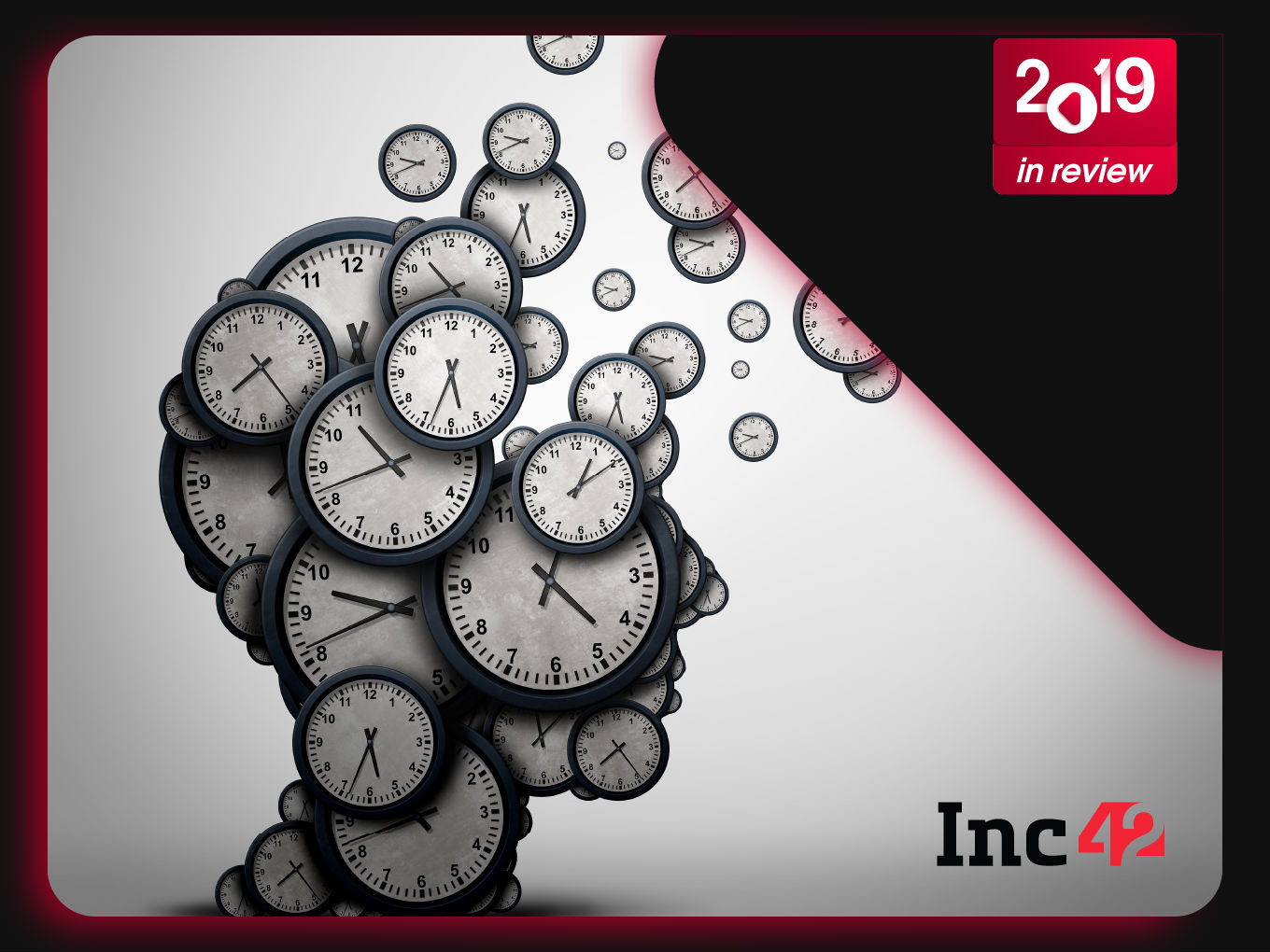 Get ready for a nostalgic trip back over the past 12 months and see which startups, founders, investors and ecosystem stakeholders made the headlines in Inc42’s signature Year In Review series for 2019

This article is part of Inc42’s special year-end series — 2019 In Review — in which we will refresh your memory on the major developments in the Indian startup ecosystem and their impact on various stakeholders — from entrepreneurs to investors. Find more stories from this series here.

We are almost at the end of 2019 and it’s time to look back at the major events and highlights of the year, before looking forward to what 2020 brings.

Just like last year, it’s been an action-packed year and nothing less than a roller coaster ride for anyone who has a keen eye for the startup ecosystem. From adopting new strategies to building dynamic teams for scaling up and adding new capabilities, startups have tried every trick in the book to achieve growth and success. At the same time, investors, incubators, enablers and government stakeholders have kept up with the changing market to support the growth of tech startups. While some moves have attracted controversy, others have earned praise. Along the way, we saw unicorns rise up from nowhere and also saw former unicorns acquired by international companies.

As Inc42 takes on the task of documenting these developments and transformations, it’s only right that we give space to each and every major development in the ecosystem this year. So here’s a curtain raise for the Inc42 2019 In Review, which will take readers through the many landmarks, major highlights and milestones in the ecosystem, while also recalling the newsmakers, the controversies that sparked off debates, intense startup rivalries, the low points and the exits.

Many digital platforms saw unprecedented growth this year, and it’s in part due to the rampant growth of Reliance Jio, which now has over 340 Mn subscribers, and is close to becoming India’s leading telecom players. This attracted a slew of international players looking to enter into strategic alliances with Indian startups — Binance acquiring WazirX being a prime example. But organisations from other countries such as Canada, Japan, UK and Ireland also made their way to India to help Indian startups access international markets.

Moving away from acquisition, another thing that has almost become synonymous with the Indian startup ecosystem is mega funding rounds. This year, following the trend, fintech sector recorded the most amount of capital flow and was followed by ecommerce and enterprise tech.

Thanks to mega rounds, the Indian startup unicorn club grew by seven this year, with the likes of Druva, Icertis, Dream11 and Ola Electric making surprise leaps.

And it was in no way an easy ride as Druva cofounder Jaspreet Singh recounted late in the year, saying the company had to pivot thrice and re-examine the approach as not many businesses wanted to buy high-end software products from a non-funded company from Pune. Dream11’s Harsh Jain recalled how his company had to hear rejections in nearly 150 pitches to investors, before it finally gained the confidence of the market.

Controversies And Shutdowns On The Startup Highway

But it wasn’t all smooth sailing for the tech startup ecosystem in India. Several industry players made headlines for controversies and contentious decisions, recounted in our articles coming later this month.

When talking about controversies, how can the big protests that rocked the Indian ecosystem be ignored? Several restaurants across India accused food aggregators Swiggy and Zomato of violating terms and hurting their businesses with deep discounting and predatory pricing, while OYO also protests across the country over its contentious contracts. Things turned sour when multiple FIRs were filed against OYO founder Ritesh Agarwal as well as police complaints against startups such as Doodhwala which grew rapidly but failed to do so sustainably and had to shut down.

Speaking of, 2019 also saw some major companies close shop, be it due to lack of funds or due to a failure to adjust to the market trends. The first two names that immediately come to you are probably  Bengaluru-based social commerce company Wooplr, which shut down operations after negotiations for a merger fell through, and closing down of Bengaluru-based online lingerie startup Buttercups.

The Policies That Made The Headlines

Of course, startups are a risky proposition and many fail before they get their product and service right. But many startups have earned the right support from the government’s side thanks to a slew of initiatives.

When it comes to state governments, the likes of Meghalaya, Madhya Pradesh, Telangana, Andhra Pradesh, Maharashtra and Kerala announced startup-friendly policies for a range of emerging technologies such as fintech, AI, blockchain, machine learning and robotics, whereas the central government gave relief to a number of startups in the angel tax issue, as well as in terms of compliance time to register on the Startup India platform.

As the new government — elected this year in a historic second term — led by the so-called Startup Prime Minister Narendra Modi looks to take Indian economy to its $5 Tn target, the role of startups cannot be understated. But it hasn’t all been praises for the Modi government, as the economic slowdown, consumption decline and other factors have pierced the confidence of the public that voted in the government. The decisions regarding cryptocurrency bans and e-cigarette bans have particularly ruffled the feathers of the industry, while the auto slowdown and the emphasis on electric vehicles has forced many companies into losses.

So come join us as we revisit the year and see what worked and what didn’t for the Indian startup ecosystem. The Inc42 2019 In Review begins this week. Make sure you bookmark this page to come back and see our list of articles any time.