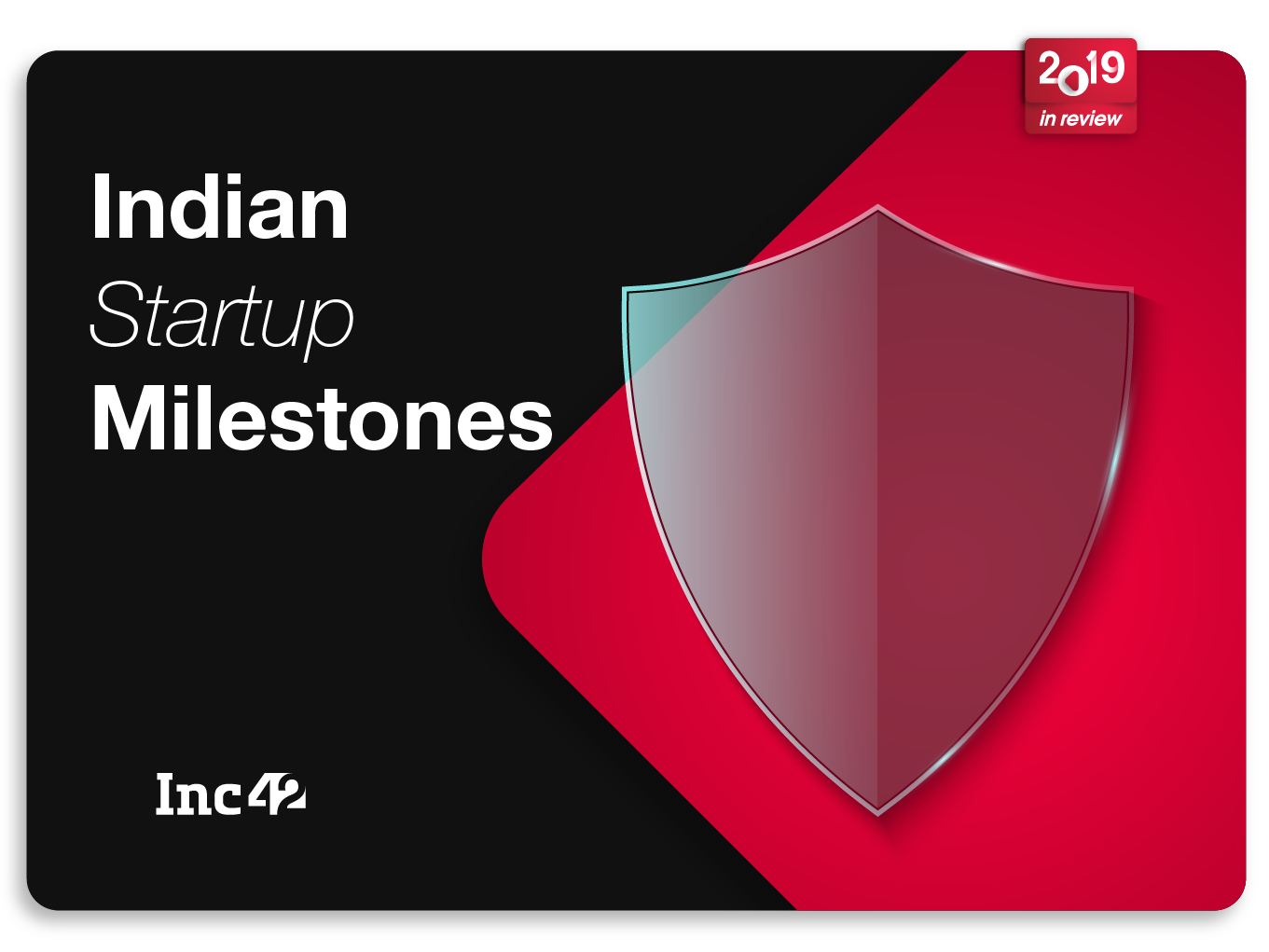 Angel tax abrogation to the most investments made, 2019 is a landmark year for the ecosystem

EV among the most sensitised vertical, as 6 states implemented EV policies and Centre FAME II

This article is part of Inc42’s special year-end series — 2019 In Review — in which we will refresh your memory on the major milestones for Indian startups this year such as the major funding deals, their impact on various stakeholders from entrepreneurs, to venture funds and VC investors. Find more stories from this series here.

Indian tech startups raised the largest amount of funding, this year, according to the upcoming Indian Tech Startup Funding Report 2019 by Datalabs by Inc42 . The year 2019 has surpassed 2018 stats in many aspects, with many new milestones and achievements.

Startups That Entered The Unicorn Club

In contrast to 2018, when according to Inc42 DataLabs, 10 startups entered the unicorn club, only seven Indian tech startups have turned unicorns, this year. While this could also be a sign of Indian tech startup ecosystem stepping into 2.0 with more stability and maturity, analysing the growth curve and potential soonicorns, DataLabs also predicts that by 2025, India will have over 100 unicorns.

Launched in 2016, Startup India has sensitised the Indian ecosystem about entrepreneurship, innovation and the business value, startups bring in to the country. While most of the states have now dedicated startup policies, the central government’s flagship Startup India programme registered a parabolic growth instead of an exponential one. However, it crossed plenty of milestones in 2019.

Interestingly, out of INR 10K Cr Fund of Funds for Startups (FFS) committed to disburse by 2025, only INR 695.94 Cr has been disbursed to the startups. The government of India doesn’t directly invest in the startups but through Alternate Investment Funds. The investment made by the government varies from 20% to 30% of their funds. The catalysed fund that’s been invested in startups currently stands at INR 2,669.83 Cr.

Policy-wise, 2019 has been a landmark year for Indian startups, as the finance minister in July, this year announced the angel tax abrogation for Startup India-recognised startups completely. FM Nirmala Sitharaman also stated that the decision will be equally applicable for startups which have already been notified.

This year, while the government passed laws to prohibit e-cigarettes completely, it also implemented new national policies on software products as well as electronics with little change to the previous ones.


Among the other major milestones for the startup ecosystem, the developments in the EV industry have been promising. According to FAME India stats, around 28K vehicles were sold out under the FAME subsidy this year. This includes Phase I as well as Phase II of the FAME scheme.

This year, we saw the implementation of Phase II of FAME India scheme after Phase I extension expired on March 31, 2019. With a budget allocation of INR 10K Cr, the Phase II subsidy scheme will be active for three years and will mainly focus on supporting electrification of public & shared transportation.

In addition, a budget provision of INR 1000 Cr has been made for setting up of charging infrastructure under the Scheme and Department of Heavy Industry had issued an Expression of Interest (EoI) inviting proposals for the establishment of 1000 charging stations under this phase of the Scheme.