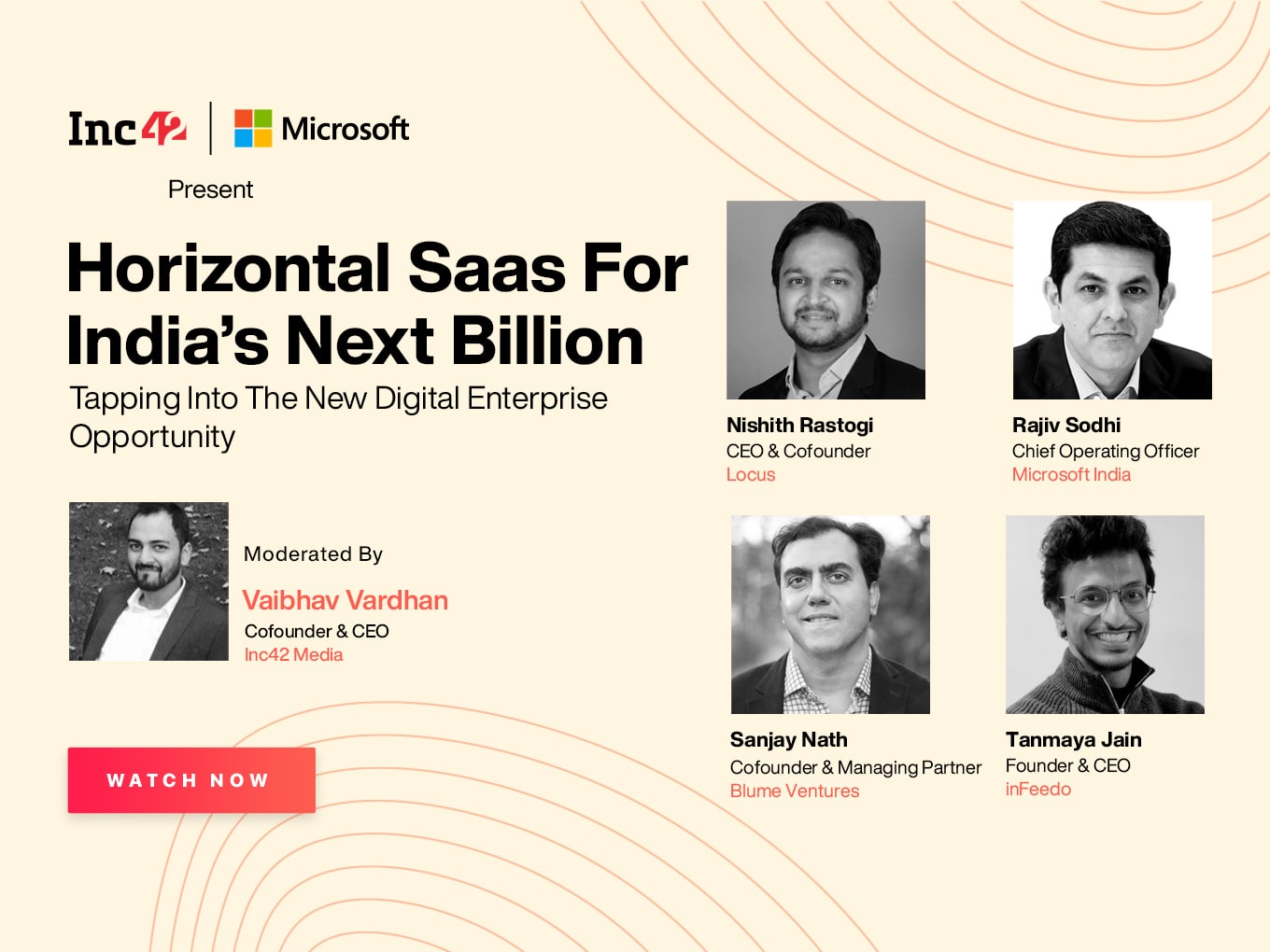 The pandemic brought a lot of changes for businesses and startups from across sectors in India. While some shut shop, the ones operating without technology or digital tools were forced to adopt them quickly, in addition to moving to remote operations. A lot has changed for SMBs in particular and consequently expanded the market for horizontal SaaS startups.

While till 2019, horizontal SaaS giants such as Zoho, Freshworks, Deskera and others had built their businesses around international clients, the focus is now on Indian SMBs and startups. We will be decoding this new burgeoning opportunity and the challenges that it will invariably bring.

Inc42 and Microsoft’s ‘The Dialogue’ has already delved into the future of agritech, healthtech and fintech, and now it’s time to look at the horizontal SaaS market.The last episode in this four-part series is focussing on Horizontal SaaS For India’s Next Billion: Tapping Into The New Digital Enterprise Opportunity’.

The discussion is live now, stream it here.

Off balance. Out of sync. Feelings, as entrepreneurs, we’ve all felt at some point in our lives. Entrepreneurs are always striving for that ...

In a bid to decode the next billion opportunities in the startup ecosystem and enable startups to build the next wave of successful business...

Thanks to its solutions that have provided the SMB sector ease of lending as well as payments, especially amidst the pandemic, fintech start...