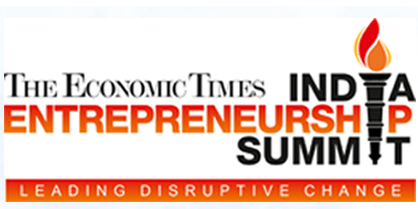 Entrepreneurship is the new buzzword in business corridors. Not to say that it is a ‘new’ phenomenon but the attention it is getting now is phenomenal. It is emerging as a catalyst of economic development and change, and being acknowledged for it.

Narendra Modi Government has allocated Rs. 1,000 crore in the Union Budget 2015 to entrepreneurship. It is also in the process of setting up a mechanism SETU (Self-Employment and Talent Utilization) to support all aspects of start-up businesses, and other self-employment activities, predominantly in technology-driven areas. Impetus is also being given to National Policy on Skill Development and Entrepreneurship 2015 which seeks to meet the challenge of fast paced quality skill development.

Meanwhile, ‘Start-up India – Momentous Rise of the Indian Startup Ecosystem’ a recent Nasscom report informs that India has been declared as the youngest start-up nation in the world, with average age of entrepreneurs being less than 35 years. As per the report, Indian entrepreneurs created 80,000 jobs last year, triggered by 100% growth in funding, and 100% growth in PE & VC led funding. India, it states, is the 5th largest start-up ecosystem in the world with total number of start-ups growing to 4200. 1200 of these start-ups are associated with NASSCOM, and half of these are in three digital areas: ecommerce, consumer services and aggregator based model. The report also states that by the year end Indian startups would have received $5 billion worth of VC funds, including Government initiatives.

It recommends simplified rules and procedures for business registration, easing of FDI rules, simplification of licencing and tax structure, enabling easier exits for entrepreneurs and VCs. It also recommends encouraging entrepreneurship by recognising the successful ones.

In spite of the right ecosystem to nurture entrepreneurship, women led initiatives are not getting the attention they deserve. A recent study places India among the bottom three in the 31 countries surveyed. Work life balance and lack of sufficient funding for women entrepreneurs are among the key issues faced by women.

Moving to another direction, the new start-ups or entrepreneurs-in-making, irrespective of the segment they are in, need to consider a number of things including how to convert their idea into a saleable offering, getting VC funding, finding a mentor, low budget market & media exposure and most importantly identifying things that they should not do.

The Economic Times has led the way in bringing the achievements and struggles of entrepreneurs to the fore as well as in applauding the path breaking initiatives by them. The second edition of ‘The Economic Times Entrepreneurship Summit’ too seeks to deliberate on the entrepreneurship ecosystem and various factors that create it. Our Speakers from diverse fields are selected with great care and our sessions go much beyond this is my story.

Entrepreneurs from different backgrounds and passions would come together with venture capitalists, accelerators and others who are a part of this ecosystem. While on one side we would have seniors discussing the current scenario, on the other the budding entrepreneurs looking for practical advice and innovative solutions would get their answers from veterans.

For further details, contact: +918055445405 or email: [email protected] Learn more about the summit and to register, visit: http://www.et-entrepreneur.com

Entrepreneurship is the new buzzword in business corridors. Not to say that it is a ‘new’ phenomenon but the attention it is getting now is ...

Techcircle.in, an enabler of India’s startup ecosystem for a decade through the VCCircle Network, is happy to announce its Mumbai edition of...

Mood Indigo, or Mood I, as it is fondly called, is the Annual Cultural Festival of the Indian Institute of Technology Bombay. Held towards t...