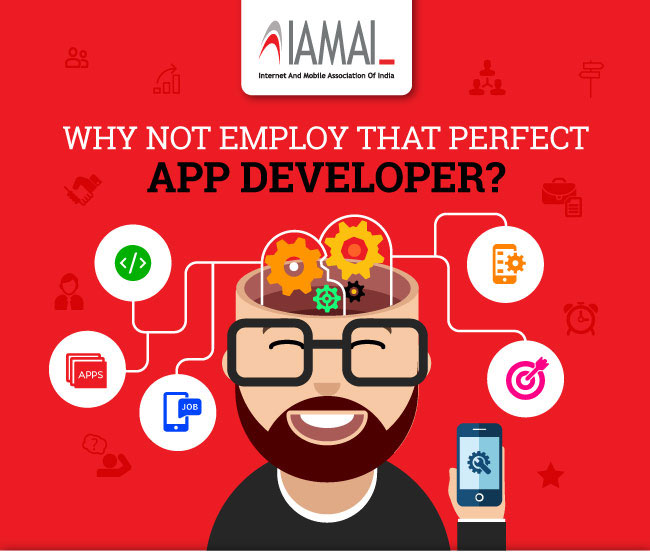 Even as the software ecosystem grows to a billion users and a million apps, Indian developers don’t have much to look forward to — apps created by them constitute only 1% of Play Store’s top 1,000 apps. India has the potential of growing the App Market Size to USD 3.5 Billion in the next 10 years. Every software or app developer dreams of working with most recognised organisation in the world. Join us in making this dream come true!

We at IAMAI with M-apps training are organising the Apps JobFest; this is our contribution towards assuring recognition and promotion of the budding talent in the Information technology and Mobile Apps domain. Apps JobFest 2015 is a career fair primarily focusing on the Mobile Apps development and the IT sector.

It is an opportunity for the participating companies to recruit the most eligible employees, thereby investing the money of the organisation on the right prospects. On the other hand, it is also an unparalleled launch-pad for candidates to commence their professional career.

Even as the software ecosystem grows to a billion users and a million apps, Indian developers don't have much to look forward to — apps crea...

The Startup Weekend is a 54-hour event where aspiring entrepreneurs come together to form teams, build products and try to develop viable st...