Are you a Tech Startup? Then you are a Fraction. 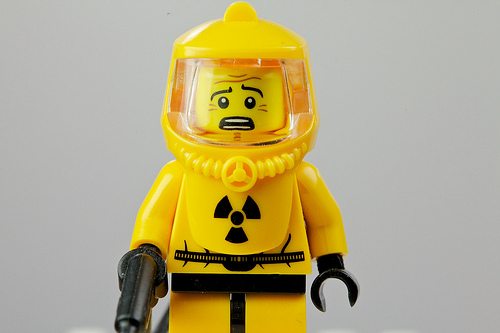 I remember this TED talk by Hans Rosling as he echoed the sentiments that I’ve heard working closely with Market Research firms:

“Even with quantitative data, you have to be careful because as much as they are hard numbers, they usually are averages of two extremes – and the markets are full of extremities.”

Truth is, if you follow (just) the numbers and build a product, you might end up with something that half convinces one group and slightly lures the other but never raging fans – in short, you build a product that is average.

Which means, that in order to improve a system, its not necessarily the most effective way to measure the system has a whole, you have to look at the individual parts of it and see which part of it is inefficient and work on that as a unit, rather than the whole system.

Organizations, love to club “Entrepreneurship” as one big whole chunk of gooey and that is very misleading.

I came to realize this working for a few years with IIT Madras, and interacting with the government and realized two things – their priorities were on cutting edge technology (patentable, and hence hard core sciences – some of which were a few layers away from direct commercialization) and the other was employment. If you think about it, it fundamentally comes down to the two priorities any government would have – security (economic and physical) and job creation, which are the key elements to a society, everything else is incidental.

How does technology entrepreneurship play into all this? If you are not building patentable technology (but an application – Yo! to the dudes and dudettes building Twitter 2.0) and if you do not have an intent to hire the masses to come work for you, you really don’t factor in anywhere at all.

That’s why when I read articles and the entire social media sphere going abuzz about the government plans t0 create 10,000 startups, and trying to force fit technology startups into that equation, I cringe, because thats like tryin to get a rhino into a bride’s wedding dress.

“According to a recent planning commission study, India needs to support nearly 10,000 scalable start-ups by 2022 to provide some level of sustainable job creation to the 140 million potential job seekers entering the workforce over the same period”

Some rough estimates say that there are close to 24 – 32 million (I know its vague but vague is all we have, because nobody has actual data) small and medium enterprises. Most of them are spread in the 1200+ Industrial clusters in India. When the government says “Startups” that is the ideal target they have in mind. It is none of the 350 odd brilliant, fraction of the whole equation demographic at all. The image in the mind of the government and policy makers when they say “startups” is someone who can be part of that 140 million job creation scheme of things – which means its the labour industries first, followed by manufacturing, followed by vocational skillset based organizations, followed by service companies (IT and Hospitality), followed by Research and development. You and I, don’t factor in at all.

The Key is to recognize that, before writing a post saying that things are sweet and sour. Truth is that the Tech Startup Ecosystem is on its own. And it survives on its own. It is nascent, very nascent and things are as crazy as the wild wild west. Not all entrepreneurs know what it takes to be in India and be building a business here, most of them complain that they are born in the wrong country, and most others just whine that this is not the valley. Some others are fooling themselves into believing that we are somehow there.

So steps to take:

1. Organizations like TiE have seriously lost their focus, gearing further and further into general entrepreneurship (so is CII, and FICCI and etc), rather than having a focus – when they are positioned best to help, but are just wiling away.

2. Understand that there is no such thing as an ecosystem yet, there is a landscape and like cattle there are some startups and enablers around. When my CA knows why a tech startup which has no “machinery” is valued at a crore, and all he sees is four guys and their laptops, then we have made the first step in building an “ecosystem”, not yet.

3. Building the Tech Startup Ecosystem, will take a concerted effort, by not the govt, or by one or two people, but by many who share this vision and are willing to play a non-zero sum game. Think beyond what you get (right now).

4. Our early successes will come from companies that will move out of India, go to the valley and succeed. Hopefully some of them will find a reason to come back and become that corridor. So don’t grumble when some of them leave, if they come back we should involve them. Israel’s ecosystem was built that way. There are ways to accelerate it, but that goes back to point (3) about a concerted effort. Investors will have to think beyond just deal flows, technology companies have to think beyond getting startups on their platform, and entrepreneurs have to think beyond just getting funded as their agenda.

5. Stop thinking small, and incorporating in India because of Patriotic reasons. Be global, incorporate where needed and keep your options open. Leverage all the exposure you can get. You are not competing with that startup down the road, you are competing with your counterpart globally.

6. If you are a startup, stop wasting your time in ecosystem stuff, there are enough of us around who have made it our mandate, if you really really really want to help, succeed amazingly well. There is very little replacement for what a success like Flipkart, Mobme, Webengage, Freshdesk, FusionCharts, Visual Website Optimizer, Tenmiles, Orangescape or a like can do.

“Suceess breeds inspiration, while all the enablers can lay the roads, its entrepreneurs succeeding that really lights up the runway.”

So don’t crib. Leverage India for what its worth. You can build amazing businesses here, but it will require getting your hands dirty. In short, be resourceful and make the most out of it. We are on our own.