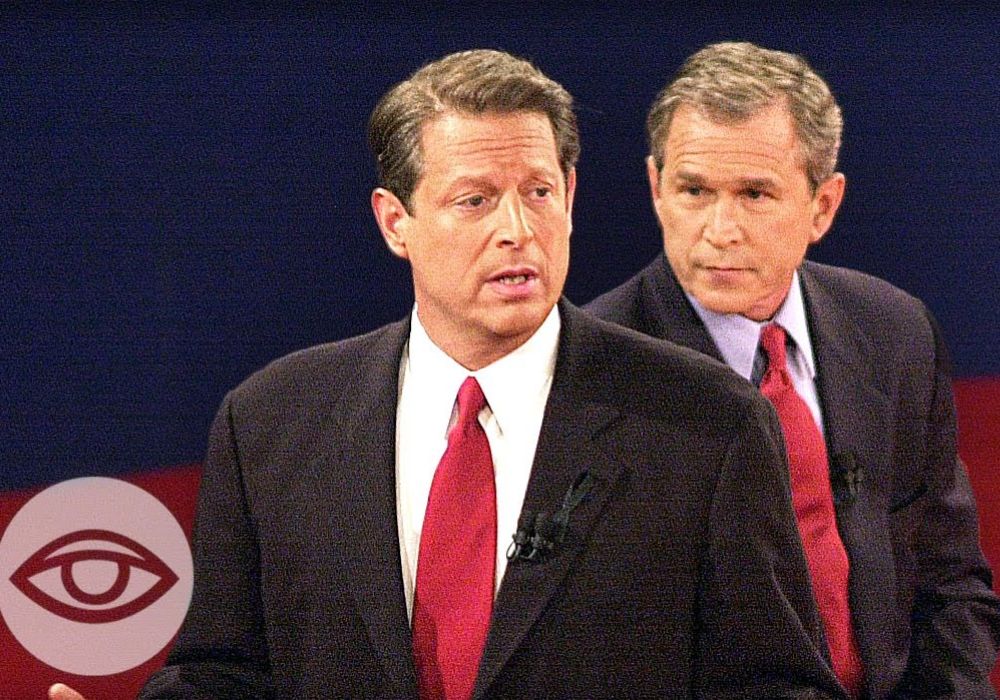 It is election season.

So it’s tempting to think this is going to be a partisan post — it is not.

I use George Bush versus Al Gore as allegory and I’ve been using it with entrepreneurs for years to sink in a simple point about how to communicate with the market. I use it because I believe in the power of visual and memorable stories to sink into the consciousness. I talked at this point at length in a previous post on “The Importance of the Narrative.”

If you don’t read any more of the post, the summary lesson learned for entrepreneurs is this: product-centric founders often over-intellectualise their communications and therefore fail to sell their concepts to the masses.

This does not mean you shouldn’t solve big, complex problems or write complex code. Just that the communications of your hard work must be simplified to be digested by larger pools of people who don’t want to take the time to understand how your mouse trap really works.

Why Rehash Bush Versus Al Gore?

I think most people remember the era in which Al Gore was running for president. Partisan rancor aside, we had just come off a boom decade — especially in tech — and many people at the start of the election thought Al Gore was a shoo-in. He is clearly a smart individual and he had eight years of the vice presidency under his belt so he sure seemed qualified. Before that, he was a US senator.

But the narrative in the press about Al Gore was that he was a smarmy know-it-all. You imagined him as the kid in your class at school at the front of the room raising his hand at every question and saying, “Oooh, me. Call on me. I know the answer.”

And I imagine he probably did do that. No matter how smart or knowledgable Gore was he couldn’t get a break in the media.

Bush had the opposite narrative in the press. They wrote about his verbal fumbles. Most famously he said he was “misunderestimated.” He didn’t try to come off as too smart. He has a message he wanted to get across and he did so in a folksy manner.

But here’s the thing.

Most Silicon Valley tech entrepreneurs I know are more like Al Gore. They have very accomplished backgrounds. They are incredibly smart and have a huge command of details of complex markets and systems. They favor intellectualism over the folksy delivery of key messages about their markets, their product or their competitors.

And I think this is a mistake.

I have sat through countless pitches with Ivy League grads spewing off intellectual descriptions of the details of their product or service and why it will win in the market. It’s not that I’m dense and can’t grab complex concepts. It’s just that I see them for what they are — overly-complicated explanations to appear smart and inability to simplify a message. In a VC pitch, this type of messaging will do just fine. But it won’t play well in Hoboken, New Jersey when you need to communicate with a broader market.

So what do you do then?

Let’s talk about your target audience for getting your message out to a market. You need to communicate with journalists. They also aren’t dumb. But they’re under the gun to crank out story after story so they don’t have the time or energy to understand why your behavioral targeting technology is mathematically better than your five competitors. Plus, they are spun so much bullship constantly that they don’t know whether to believe you or not.

Or what about your sales team? They’re not dumb either but they’re not as motivated to learn all of the minutiae of your product qualities as you would like. They want a simple deck that sells. And they want a human explanation of why you beat your competitors. And they want to spend their time in front of clients winning deals.

Even the VC who invested in your deal struggles to properly position why you’re going to be huge when they’re calling big tech companies or other VCs on your behalf.

So you need to distill complex concepts down to a small handful of talking points. These messages need to pass the cocktail party pitch. You need to rattle off why you rock in 60 seconds or less and have a group of strangers undertand what you do.

Visual metaphors stick in people’s minds and are easily repeated.

Think of James Carville’s slogan for Clinton in 1992, “It’s the economy, stupid.” It was so easy it was repeated frequently. Or Ronald Reagan, “Are you better off than you were four years ago.”

What about Marc Benioff of Salesforce.com? He didn’t get too complicated on the differences of multi-tenant online databases or the power of remote logins when all your data is in the cloud. He simply asserted, “The end of software” by putting up a logo with the word software and a red line through it. WTF does that even mean? Just because online doesn’t mean it’s not software. But journalists (and buyers) sorta got it. And it was oft-repeated and gave Salesforce a huge marketing advantage.

Other tech examples: People constantly come up to me and tell me they want to start “becoming a line” which is shorthand for my post “Lines, not Dots.” Many people in Internet TV talk to me about “Torso TV” or “Why Hulu is like OPEC.”

These are all powerful concepts that are simplified into catchphrases that allow people to remember the core point with a one-line phrase. You don’t need to establish an industry catchphrase to be effective. You just need to give journalists, your marketing department, your sales team, your VCs, and everybody else who becomes an ambassador for your brand a simpler way to tell your story: “There you go again with the fuzzy math.”

What George Bush really mastered was the human connection. He spoke in plain and folksy terms. He seemed human. He was the guy you wanted to have a beer with while Al Gore seemed like the guy you wanted lecturing at a local university. I know that many people post-presidency don’t want to have a beer with Bush but during the election, he WAS that guy. Al Gore was not. He sighed at the debates which seemed aloof.

That’s why your examples need to sound human. Whenever I think of messages to communicate I always start by thinking about the audience
-How informed will they be about our product / service?
-How can I tell the story in a way that will resonate with them in their daily lives?
-How can we create an angle that will interest readers?

I spent a bunch of time last year with Tracy Dinunzio who is building an awesome company Tradsey. (I am not an investor, just a fan). Her core proposition is a company that allows people (mostly women) to exchange clothes from their closets with other women. Sure, she could pitch it as a P2P marketplace. That would resonate with VClandia. But not Hoboken.

We started talking about how in a country with so much consumer debt she could help women unlock the value of the clothes already in their closets. And instead of running up more credit card bills to buy new clothes, how about if they got new good stuff without spending new cash?

Don’t Divert From Your Core Message

When you’re in a meeting with journalists it’s very easy to get diverted. They ask you a bunch of questions and you’re smart so you answer them all to your fullest extent. You are professorial. You give them an education in whatever topic it was that they asked about. The problem is that after 20 minutes they don’t have a strong thesis from which to hang your story.

You feel like you did your job — by answering their questions — but in reality, you created more uncertainty in how your story will get told.

I learned very early on in public communications the following:
have simple messages. no more than three-four talking points and ABC = “answer, bridge, communicate.”

I know it will feel awkward for you to be George Bush. To be much smarter than the information you’re divulging. To be misunderestimated and make it a strength. But I promise you it’s more effective in communications than over-informing people and losing the message.

Seriously, think back to Marc Andreessen. He is clearly intellectually very smart, yet simplifying to “software is eating the world” helped him better deliver his message.

Quick story — I once helped a friend get an interview with a journalist at the Financial Times. It was a journalist who covered venture capital. He did the interview and was eviscerated in the article. He complained to me for years that she did a hit job. Every time we talk about this topic I remind him it was his fault.

She only asked questions and did very limited background research other than the interview. The stories he told were the stories she reported. If he opened up and gave her an angle to make him bad it was he who enabled it.

This point isn’t just about press meetings. It’s about presentations in front of large audiences. You need simple messages people can remember.

Finally. Hyperbole. It’s rife in our industry. “We’re totally transforming the way education is delivered in this country.” “We’re going to put the rental car companies out of business.” “Hollywood is run by dinosaurs and we understand the future of media.” “We’re crushing it.”

None of these are true. Nor did Al Gore actually claim he “invented” the Internet.

What did he actually say?

Not exactly a simple message. Not something easily repeated in the press. And the reason he was eviscerated is that he seemed to be exaggerating. People generally don’t like people who seem exaggerated.

What do they tend to like? Somebody they can drink a beer with. Be that person. Save your over-intellectualising for your book club.