How to Find Your True Calling – Lessons From Alexander Graham Bell

How to Find Your True Calling – Lessons From Alexander Graham Bell

Alexander Graham Bell Is The Inventor Of The Modern Day Telephone 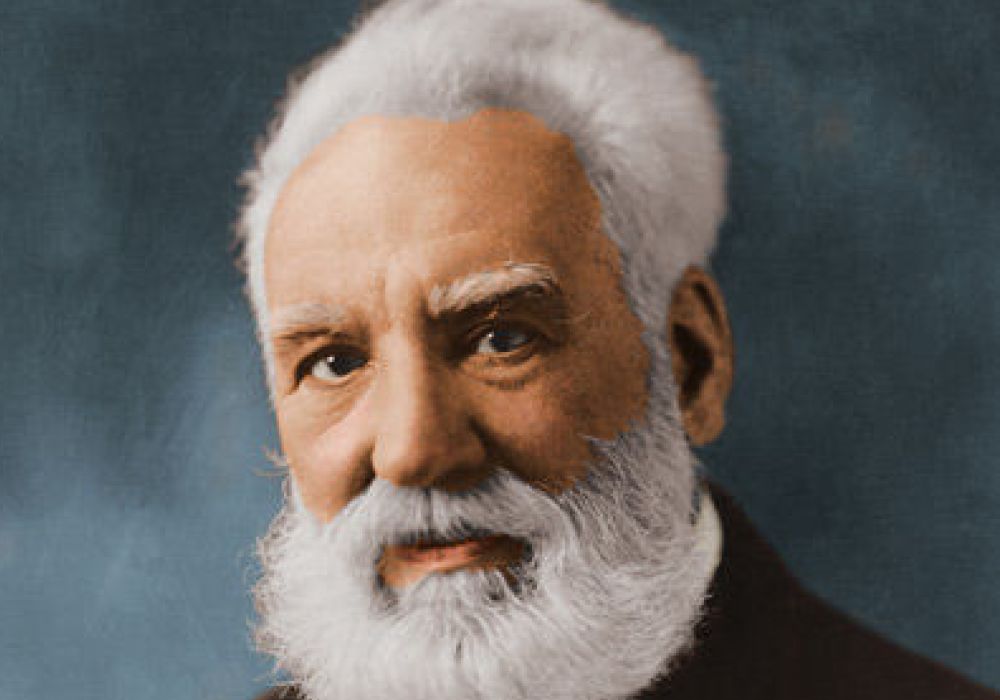 He refused to have a phone in his office calling it a “distraction”, spent most nights reading the Encyclopedia Britannica, and almost worked himself to death. Alexander Graham Bell, credited with inventing the telephone, followed his curiosity to discover his purpose. For millions suffering from a lack of direction, Bell’s life is a blueprint for realising why we are here on planet earth.

“When one door closes, another door opens; but we so often look so long and so regretfully upon the closed door, that we do not see the ones which open for us.”

Is it possible that our purpose is staring us in the face, and we just don’t see it? Alexander Graham Bell’s career as an inventor began at age 12 when he witnessed his mother going deaf. Later, while working as a professor, he would marry one of his students, also deaf – and Bell was determined to invent a technology that would help people like his mother and wife. That technology turned out to be the telephone, which did not accomplish its original task, but brought people the world over closer together. As happened to Bell, what is taking place in our lives that we feel compelled to fix? What are we curious about? Perhaps, when it comes to career and business planning, the question isn’t so much “what should I do?” but rather “What can I help solve?”

“A person, as a general rule, owes very little to what he or she is born with – they are what they make of themselves.”

Once we find a problem to help solve, and dedicate ourselves to it, we have an obligation to be the best we can be. Alexander Bell believed it wasn’t natural gifts that led him to success. Instead, it was his decision to work hard at finding the answers he sought. A life purpose becomes clear, and entrenched, through commitment and laser focus.

“Before anything else, preparation is the key to success.”

So many of us are hoping for a “break,” “chance,” or even a miracle. But we have forgotten that studious preparation is the only pathway to results. Let us begin today – to take a single baby step towards our dream. Each day need only to have one step. Bell never took his eye off his goal, at one point borrowing money from one of his own employees. It was a humbling experience, but one of many steps towards carrying out his mission.

Alexander Graham Bell Was A Doer From The Start

Scotland-born, he decided to give himself a middle name (likely because both his father and grandfather were named “Alexander” and he wanted to stand out from the family crowd) at age 11. He was bored by school – often failing to show up and achieving poor to average grades.

It was by witnessing his mother Eliza become deaf (from a childhood disease) that the young inventor would find his passion, taking a keen interest in sound and the human voice. Bell was upset by his mother’s deafness and shared his father’s desire to do something about it.

Still a teenager, with the help of his brother (who would later die of tuberculosis), Bell created a “mechanical talking head” which used wind to create verbal sounds. From there, he conducted bizarre experiments with animals, including the family’s dog, trying to make them appear to speak by manipulating their vocal chords.

The young Bell spent time assisting his father who had created “visual speech” demonstrations to help deaf people communicate using speech. By his early 20s, Bell was teaching deaf people in Boston – both at Boston University (even though he had no degree) and as a private tutor (one of his students was Helen Keller).

But it wasn’t enough. He yearned to find a way to make technology help.

Bell would teach by day and experiment by night, often losing incredible amounts of sleep. He developed severe headaches, working to exhaustion, but persisted anyway.

Eventually, he chose to conduct his experiments full-time and took under his care, two of his pupils – a six year old boy who was deaf since birth, and a 15-year old girl named Mabel (who would later become his wife). Bell would try various creations to see if they could help his students.

One such creation was called an “acoustic telegraph” designed to transmit sound.

At age 27, Bell and his assistant, a machinist named Thomas Watson, were working on the telegraph in a Boston boarding house with wires running from the top floor to the floor below. According to folklore, Bell, who was in the top room, spilled battery acid on his pants. Watson, in the bottom room could hear Bell asking for help, saying “Mr. Watson, come here.” 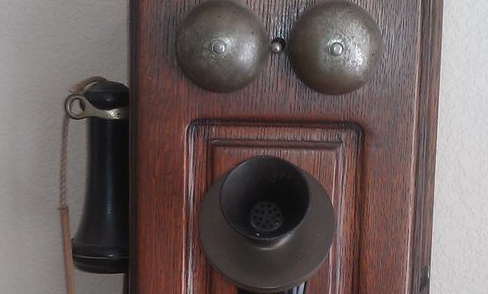 An excited Thomas Watson ran upstairs to tell Bell he could hear him over the wire. According to Watson, Bell forgot all about the acid he spilled, realising what had just happened – the telephone was born. It was several months later that Bell and Watson held a phone conversation between Boston and Cambridge, a distance of 2 miles.

Years later, Bell had delusions about his invention saying it would lead to communication through mental telepathy. 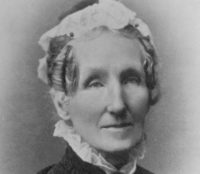 Eliza Bell was very protective of her famous son. Two other sons had died of tuberculosis in Europe, so the family moved to Canada in 1870. Eliza, despite being deaf, was an accomplished pianist who home-schooled her son in his early years, teaching him to focus on “abilities” not “disabilities.”

Alexander Graham Bell was actually not the first person to come up with the idea of the telephone. Other scientists gave it a try as early as 50 years before. But it was Bell who filed a patent for a working phone before anyone else – including Elisha Gray, an American electrical engineer who created a telephone prototype before Bell did. (Some historians contend that Bell stole Gray’s concept). Bell beat Gray to the patent office and, to this day, the family of Elisha Gray disputes that Bell ever invented the telephone.

(Bell would later fight 600 lawsuits against him, but he won them all).

A short time after his invention was made public, Bell wanted to sell his patent to Western Union. But unbelievably, the company dismissed the telephone as a “useless toy” that would never amount to much. Bell and his financial backers decided to go it alone and form their own company (which later bought out Western Union).

The first phones required users to speak loudly in the mouthpiece to be heard at the other end. There was also no dialing. Calls were made via a switchboard operator. (Phones without a battery had to be hand-cranked to reach the operator).

While Bell was highly sympathetic to the plight of deaf people, he once referred to them as “defective” and believed that deaf people should not marry for fear of passing down their deafness to their children. (It is true that deafness can be hereditary but Bell’s position was hypocritical since he himself had married a deaf woman).

Bell was a strong supporter of trying to teach deaf people how to speak and understand speech (a practice known as “oralism”), believing it to be superior to sign language. The debate as to which is the better route to take continues to this day. (The organisation Bell created, The Alexander Graham Bell Association for the Deaf and Hard-of-Hearing, continues to promote speech and listening skills).

Alexander Graham Bell is seen here with his wife Mabel. The two met when Mabel was only 16 and Bell was her teacher. Bell fell instantly in love with Mabel but she initially did not return the feeling. In her words, “He dressed badly. I could never marry such a man!” Later, Mabel would admit: “Every day I see something new in him to love and admire.”

It was in 1877 that Alexander Bell married his deaf student Mabel. She was 19, he 29. It is believed that Bell’s telecommunication experiments, including his early work on the telephone, were desperate attempts to restore his wife’s hearing. (Mabel had become deaf around age five from scarlet fever). In that sense, today’s smart phones and communications can be attributed to Bell’s desire to help his wife to hear.

Bell loved Mabel so much, he gave her all of his shares in the Bell Telephone Company as a wedding gift, keeping only 10 shares for himself. But surprisingly, only a short time later, Mabel signed a Power of Attorney, handing over her shares to her father (which made him President and Chairman of the company, which, in the US became American Telephone and Telegraph, known as AT&T). (The company in Canada – Bell Canada Enterprises – still has Bell’s name and is the largest communications company in Canada).

The marriage of Mabel and Alexander Bell lasted 45 years until Bell died. They had four children – one of whom Bell wanted to name “photophone” after one of his inventions, but his wife over-ruled him and the child was named Marian. (Their two sons died shortly after birth). 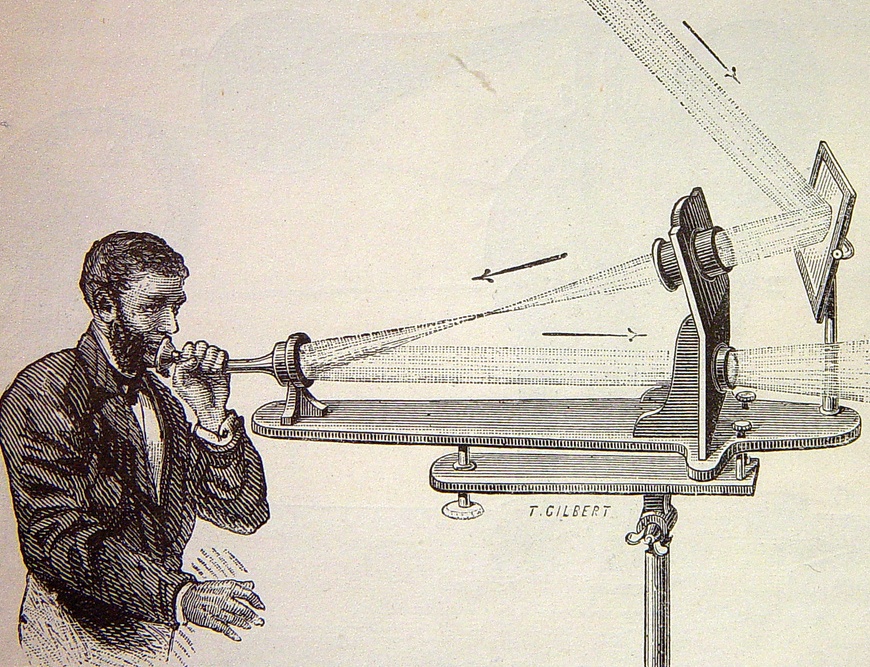 This 1882 image shows a prototype of something called a “photophone” which Alexander Graham Bell created after he invented the telephone. Bell once said that the photophone was his “greatest achievement.” The idea was to transmit speech on a beam of light, removing the need for wires. The gadget did play a key role in the development of today’s fibre-optic communication systems.

Bell and his assistant on the project, Charles Tainter, managed to communicate from a distance of 700 feet using sunlight reflected off a mirror. Bell had hoped the photophone would be used by ships at sea but his crude device was unable to bypass weather conditions that blocked sunlight.

Bell continued to work into his old age, helping to start National Geographic Magazine and inventing the first successful hydrofoil, setting a speed record of almost 71 miles an hour.

Three years later, in 1922, Alexander Graham Bell passed away peacefully at age 75 at his home in Nova Scotia, under the moonlight, gazing at the mountainous region of Cape Breton. (He had suffered from complications due to diabetes). His wife Mabel is said to have whispered into his ear “Don’t leave me” to which he responded, by hand gesture, “No…(indicating he was not going to leave her), then lost consciousness and died.

Upon news of Bell’s death, the entire phone system in North America was shut down for a moment of silence.

Sadly, almost the day after her husband’s death, Mabel began to lose her sight. She would die of cancer only a few months later.

Alexander Graham Bell did not view himself as a world famous inventor, but rather as a teacher of people with hearing disabilities. While he was never able to find a way for technology to restore his wife’s hearing – he gave the world the gift of instant communication.

Bell’s angst over his mother’s deafness and that of his wife, put him on a mission to search for solutions. Today, we too can look at our lives and identify problems to solve, thereby forging our purpose.

In the early 1900s, as people began to depend on the telephone to communicate over vast distances – many predictions were made about how the phone would change the world. Some believed the phone would lead to world peace, bringing nations closer together. A few, notably British reporter Kate Field, who had known Alexander Graham Bell, accurately predicted in 1878 that one day, the phone would allow people to see each other across the globe.