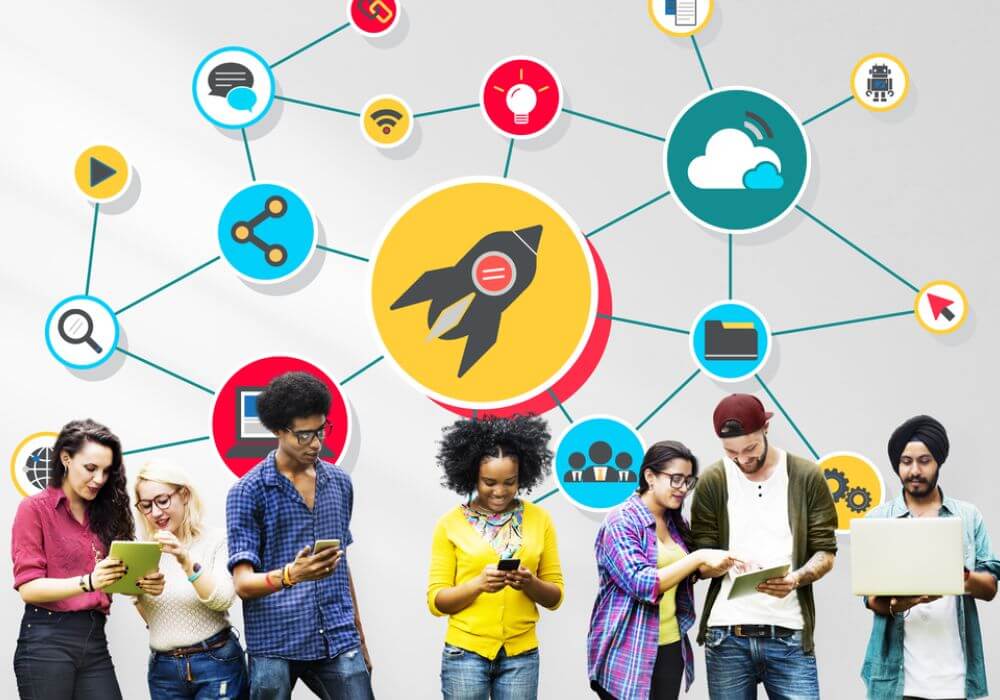 For the longest time, entire generations would imagine the word “office” as drab, sterile rooms covered with cubicles galore, occupied by overworked men and women in uncomfortable, professional attire. In fact, when our parents would pick up their bags and set off for work in the morning, several of you reading this right now have probably imagined their parents working away in one of these places.

Now let’s think about what the word “office” means in today’s world, a world where enthusiastic startups are emerging every step of the way. Somehow, the image one conjures up is not so different from the surroundings we are familiar with – cosy, colourful rooms occupied by people in casual, comfortable clothes working away on their laptops seated in bean bags.

The difference is stark and apparent. So, can we say that the emergence of these new age startups caused a shift in the very way we perceive workplaces and work culture? Well, if you answered with a resounding “yes”, rest assured you will have several to agree with you.

Let’s analyse this. Why does any change come about? Well, change comes about as a result of the times, culture, norms and everything that the new, current generation favours over the previous one. The new startup culture of our generation is no different. It was born out of the new beliefs, hopes and motivations of a new generation of professionals, not so much as a revolution against the established work culture, but as a natural evolutionary progress – a way forward for ‘work’ as we know it, designed by the generation that is destined to run it.

Speaking of which, let’s shed some light on this generation itself, these individuals that are most commonly recognised as “Millennials” or the “Gen Y”. Individuals of this generation are mostly associated with being more optimistically driven towards their goals, effectively working things around for them instead of making compromises and trying to fit into previously established moulds.

This is most apparent in their concept of relaxed, friendly workplaces with little to no regulations on dress codes, recreational facilities galore and Happy Hours. A concept that they have been able to realise in the real-world – successfully!

But to be fair, things are not always as hunky dory as they might at first appear. If the ideal startup dream is to be realised it asks in return a great amount of strength, courage and most importantly, the risk to do so. Not to mention, it asks for its fair share of sacrifice in terms of personal time, sleep, comfort, and amenities. In that regard at least, the startup culture is no different than the work culture of the generations gone by.

Then, of course, there are the startup dreams that quite frankly turn into living nightmares. Some watch themselves head down a slow decline, striving to keep up with the changing demands of a fast-paced world, while others crash and burn and die painful deaths, soon to be forgotten. In conclusion, while the startup culture has indeed brought with it, its share of wonderful ‘pros’ in the form of fun new ways of working, there are plenty of ‘cons’ to go around as well.

There is one heartening element common to almost the entirety of the start-up culture, however, and that is a motivation to clearly define and stand by their company’s beliefs and values. While it is hard to state an overall judgment of the prevalent startup values, we do know that they value innovation, openness in communication and diversity above all, while standing with blatant disregard (and somewhat contempt) towards the previously established system of professional hierarchies. It does not matter whether you are the CEO or not, you happily wash your dishes in the kitchen sink just like everyone else.

It does not matter whether you are the CEO or not, you happily wash your dishes in the kitchen sink just like everyone else.

Whether this shift in work-culture brought about the startup boom is transient or here to stay, only time will tell. But if there is one thing to be said about them, it is that they sure know how to “work hard and party harder.”

[The author of this post is Asif Upadhye, Director and Chief Fun Officer at Never Grow Up – an employee engagement firm that partners with human resource teams & business leaders across sectors.]