Why Startups Win With Innovation: David Versus Goliath

Why Startups Win With Innovation: David Versus Goliath

When Startups Win With Innovation, Goliaths Look To Sue Them 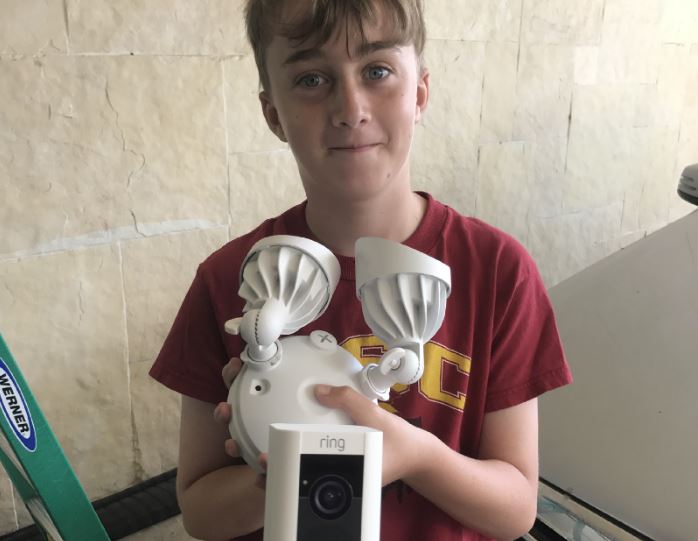 I’ve been involved with several startups where a giant incumbent attacks you and tries to sue you out of existence. When you first receive the threat it feels like the local pizza shop when they first get a call from the local mafia boss and you can feel the shake-down coming. The first instinct is fear, then dread, then panic. You begin to think about how hard it will be to fundraise, sign customers, hire employees, etc. with the cloud of a lawsuit hanging over you.

That’s what bullies want. They are trying to intimidate you. It’s like the big kid at school who realises you’re smarter, nimbler or more charming and their only defence is to punch you in the nose quickly hoping you’ll shrink slowly into a corner.

Every time I’ve been in this situation, I’ve talked with founders and said the simplest line, “We finally know we’re winning.”

You see no large corporate ever bothers trying to squash you like a bug until they fear that you are actually a threat to their business. And I seldom see big players who fear their core business is under attack who don’t resort to bully tactics.

So you now know you’re winning. “Once somebody realises that your business has a strong chance of taking food off of their table their first reaction is to grab for the knife.”

That doesn’t mean life will be easy. You have to devote time, attention and money to fight with somebody several times your size and financial capabilities. But if somebody isn’t trying hard to kill you then I ask you whether you are really, truly, having an impact in your industry.

David Versus Goliath: Innovation Versus Legacy

Yesterday a company that Upfront backed since its earliest days, Ring, announced that it won’t be bullied by the industry giant ADT who has filed a baseless lawsuit against the company to try and impede our progress.

This Goliath-imposed fight by ADT is particularly annoying for me because Ring is literally my family’s single favourite tech innovation of the past several years. It is a security doorbell (and now floodlight!) where for just $3/month you can watch all video footage of people who come to the outside of your house including delivery people, solicitors or people in the neighbourhood who perhaps shouldn’t be there.

For my family Ring has become a way that we joke and communicate with each other when I’m on the road. The boys or my wife will step in front of the camera on the way to school and if I’m in NY or SF or London my phone rings and I see them waving on their way.

Just how threatened in ADT? Ring is now arguably the fastest growing consumer product in the country and is now in a staggering 1 million homes in America and growing at an unbelievable clip. It is a product that you can purchase an entry-level camera for under $200 and pay just $3/month in video fees in a security industry that was previously only accessible to wealthy families who could afford expensive protection.

Ring is to ADT what the classic Innovator’s Dilemma says disrupts the industry behemoth by offering a product that is significantly cheaper and initially lower in feature set but eventually becomes so pervasive and where functionality grows to a point where the entire market dumps the giant company charging high prices in favour of a younger, more nimble provider whose innovation cannot be matched.

And the giant gets disrupted precisely because its cost structure to serve its customers and its cash cow, high-priced offering makes it nearly impossible for it to try to compete.

And what prompted this lawsuit?

ADT has realised that where Ring has dominated the outside of the house and become a beloved brand for neighbourhoods who are forming “Neighborhood Rings” sharing criminal activities spotted on local cameras — they now intend to dominate security for inside your house, too. And the giant knows it has no ability to properly respond at the prices and with the innovation that Ring will serve its customers.

How It Happened For This Startup

The details of the suit are tragically predictable. ADT invested in a startup called Zonoff, which was to be acquired by Honeywell for a modest sum. The deal fell through at the last minute and ADT chose not to continue financing the company, which was forced to shut down. Zonoff had been a supplier to Ring and Ring founder & CEO, Jamie Siminoff, decided to hop on the plane immediately when he heard that 70+ employees were about to lose their jobs. He arrived in Philadelphia and offered to pay the salaries of the employees if they would join Ring. With a company that had shut down and an innovator ready to take them on board nearly every employee joined.

I’ve known Jamie for years — he’s one of Los Angeles’ true innovators — so when we first heard he was starting Ring (then DoorBot) we were immediately interested and have been huge supporters (and funders) since his earliest days. In all of the usual chatter about LA’s great ascendency, people love to mention Snap, Tinder, Riot Games, SpaceX and other well-known startup successes. I think Ring hasn’t been mentioned as readily because people didn’t understand how large and pervasive they have become.

If you do the math on 1 million+ homes and > $200 price points and now many products per household available I don’t think I’d get in trouble for telling you the company is doing hundreds in millions in revenue because you could simply do the math and know that.

Ring will be one of LA’s greatest startup success stories of this decade. And it seems that ADT has just confirmed that status.

But what I really love about Jamie? Behind the scenes, when nobody is watching him, when no press is around, when there is nothing to gain — he talks about how his real goal is to bring safety & security to middle-class families that couldn’t afford it before and about no matter how pervasive his products become he won’t raise prices beyond what middle-class families can afford. And while that sounds like a

And while that sounds like a marketing ploy — as my friend I can tell you he says it privately when he’s at my house and when you’d imagine a VC would be telling him to raise prices.

If you have just 90-seconds I’d encourage you to watch this short 90-second video about how Ring lowered crime rates in one neighbourhood by 55% in one year because when you see this video — aside from it being heart-warming — you will also see the true character of Jamie Siminoff. It comes through in full force. 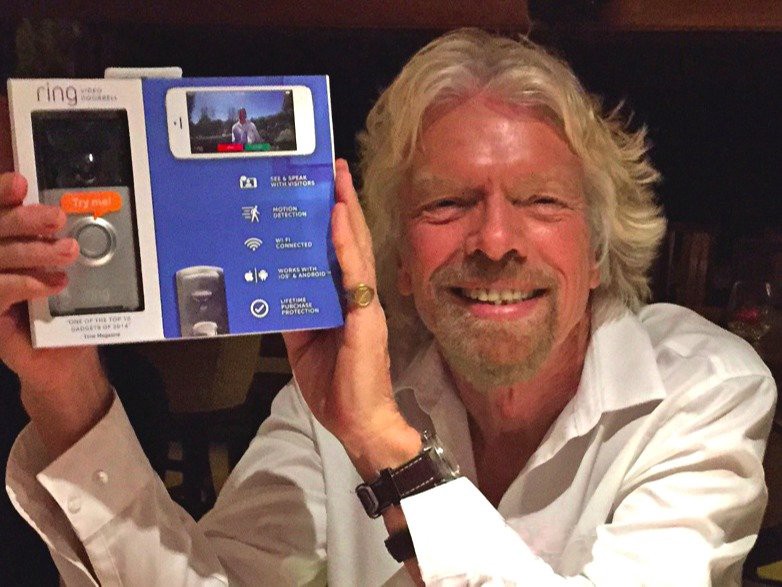 Jamie is also backed by Britain’s biggest innovator of this generation — Sir Richard Branson. I had the good fortune of sitting down privately with Sir Richard and listening to him talk about his venture capital activities and what interested him, but what got him most animated was when he spoke about Jamie and Ring.

So it wouldn’t surprise you that Sir Richard decided to weigh in on this big company bullying behavior of ADT to Ring in comparing it to the infamous “dirty tricks” campaign that British Airways played on him in the 1990’s in which they ended up having to pay then a young Virgin Atlantic $1 million settlement.

So I think I’ll close with Sir Richard’s sage commentary on startups and innovation from the article:

“As I have learned time and time again, when you give consumers the ability to choose, they always choose the most innovative, purposeful, useful product.”

When Goliath swings, duck left. And fight back with innovation, David.