How To Prepare For The Next Wave Of Entrepreneurship

How To Prepare For The Next Wave Of Entrepreneurship 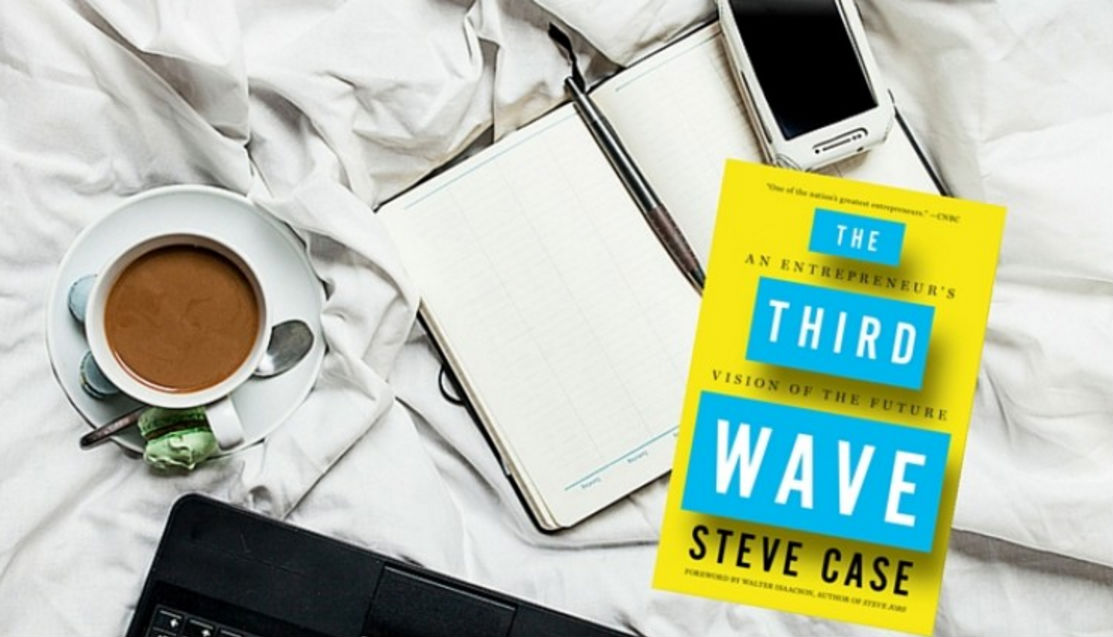 Steve Case is the co-founder of America Online, the company that democratized online access. Steve is currently the chairman of the Revolution investment firm and also the Case Foundation. President Obama named him Presidential Ambassador for Global Entrepreneurship. Additionally, Steve has chaired Startup America and Startup Weekend, initiatives to promote entrepreneurship.

In short, he’s a billionaire. But let me tell you a story that will give you a better insight into the man. I had dinner with Steve and his crew immediately after Apple blew up the contract for Steve’s company to create an online service for consumers called AppleLink Personal Edition.

I remember telling him that Apple did him a big favor because Apple was, and still is, a hardware device company. Steve asked me to consult to what became America Online and to do some online conferences, and I agreed. (I should have gone to work for the company, but what did I know?)

But he insisted that I get the options, and let’s just say that those options were like the proverbial two fish in Matthew 14 that fed thousands of people. He didn’t have to give me those options, but they changed the trajectory of my net worth.

And now he’s written a book called The Third Wave: An Entrepreneurs Vision of the Future. I recommend that you read it to gain insights into the next curve of tech entrepreneurship. You can get it here. Here’s a short interview about entrepreneurship and the book.

How to Prepare for the Next Wave of Entrepreneurship

Q. Why did AOL succeed where better-funded services such as Prodigy, Genie, MSN, and CompuServe failed?

A. We had the 4 Ps going for us: people, product, partnerships, and perseverance.

First, people. Our team really believed in the idea of the Internet. When we started AOL in 1985, just 3% of people were online, and they were online for only one hour per week. But despite that, we felt we were ushering in a revolution that could change the world. Some of the bigger companies we competed with saw it as a business; we saw it as a movement.

Second, product. We knew the Internet had to be easy to use, useful, fun, and affordable if it was going to get broad consumer adoption. And we worked tirelessly to build a great consumer-friendly service and evangelize—with your help!—the benefits of going online. We wanted to democratize access to the Internet, so everybody could benefit. Our rallying cry in those early years was we needed to make AOL easy enough for my mom to use.

Third, partnerships. We recognized we couldn’t go it alone, and we worked hard to establish partnerships. In our early days, we crafted partnerships with the PC manufacturers such as Commodore, Radio Shack, Apple, and Tandy, and the modem companies like Hayes. Then we worked with network companies such as MCI and Sprint, to drive down the cost of connecting (when we started, it was typically $10 per hour!).

And fourth, perseverance. We stuck with it, despite numerous setbacks. For example, when Apple canceled the deal to jointly offer AppleLink Personal Edition, that created a crisis and forced a pivot. We renamed the service America Online, which soon became AOL.

I used to joke that AOL was a decade-in-the-making overnight success. We just would not give up. Our investors almost forced us to sell, but we convinced them to stick with it. Finally, we broke through. We were the first Internet company to go public (in 1992), and the best-performing stock of the 1990s. At our peak, nearly half of all U.S. Internet traffic flowed through AOL. But we wouldn’t have made it without those 4 Ps.

Q. Then why do incumbents fail?

A. Startups are attackers. They play offense and seek to seize opportunities. Incumbents tend to be defenders, trying to protect the status quo. As companies scale, it gets harder to continue to be an attacker.

I certainly lived that as AOL got large, and especially after we merged with Time Warner. Sadly, we lost our entrepreneurial mojo, but it is possible for incumbents to continue to be agile attackers. In my book, I outline the steps that companies like Google and Amazon have taken to lean into the future and focus on maximizing opportunity, not hedging risk.

Q. How do entrepreneurs get your attention?

A. Getting our attention at Revolution is less of the challenge–we see so many companies especially on our rise of the rest bus tours nationwide. It’s holding our attention that is harder. The five common mistakes that entrepreneurs make when pitching their startups are:

(1) “We don’t have competitors.” This leads us to believe either they are lying, ignorant, or they’re pursuing a tiny market.

(2) “Our growth forecast is conservative.” It’s usually a slog when you’re building a startup, and plans are rarely conservative.

(3) “Me, me, me.” Not discussing their team is bad because we believe entrepreneurship is a team sport.

(4) “I need you to sign an NDA.” Sorry, but the secret is never the idea—it’s the team and the execution.

(5) “We don’t have partners, and we don’t think we need them.” We believe partnering is key, especially for startups in the Third Wave trying to disrupt big industries.

Q. Based on your prediction of the Third Wave, how should young people prepare for their careers?

When I graduated from college in 1980 the safe play was to join a large corporation. You would get job security and might stay with that same company for decades. That’s much less common these days.

People switch jobs more frequently and many even switch careers. So people have to take more control of their careers and their lives, and constantly be on the lookout for new people and ideas. And they should lean into the future, trying to get in front of some of the massive changes the Third Wave will unleash.

For example, in this next wave we’ll see dramatic change in the way we work, the way we educate our kids, how we stay healthy, even how we eat. These are big changes in society, that create big opportunities for people who are focused on where things are going.

It was said that Wayne Gretzky was a great hockey player because he didn’t focus on where the puck was, but rather where the puck was going. I’d encourage young people to do the same, as the Third Wave picks up steam.

Q. What is the role of government in innovation and entrepreneurship?

A. The government will play a central role in the Third Wave. Entrepreneurs may not want to hear that, but it’s true. If you can’t figure out how to work with government and how to get government to work with you, you’re likely not going to be a successful Third Wave entrepreneur.

That’s because Third Wave industries such as health, education, transportation, energy, and financial services are regulated. Government will set the rules of the road, so whether you’re the entrepreneur guiding a startup or an employee of a larger company, you’ll need to appreciate what policymakers are doing.

In the First Wave, technology risk was the great concern: can you build it? In the Second Wave, market risk was paramount: if you build it, will people adopt it? In the Third Wave, policy risk will be front and center: will you be able to navigate the rules and successfully bring your product or service to market?

Q. Geographically, where will innovation thrive in the next ten years?

A. Silicon Valley will remain strong as will New York City and Boston. But we’ll see a broadening of entrepreneurship in the Third Wave. More capital will flow to more entrepreneurs in more places.

We’re already seeing this happen, and it will accelerate in the coming decade. I’ve devoted a chapter in my book to explain why this is happening, and why Americas innovation economy will be more widely dispersed in the Third Wave. This will be great for these “Rise of the Rest” communities, as it will create jobs and drive growth. It will also be great for the country overall.

A. Like you, I grew up in Hawaii, so of course, I came to love Zippy’s plate lunches. And when I head back to Hawaii to visit, Zippy’s remains a regular stop. And I’ve come to love In-N-Out burgers, so when I’m traveling out West, they too are part of my repertoire.

But to be honest, my “go to” choice these days is Sweetgreen, a fast casual concept my firm Revolution invested in, that I sit on the board of.