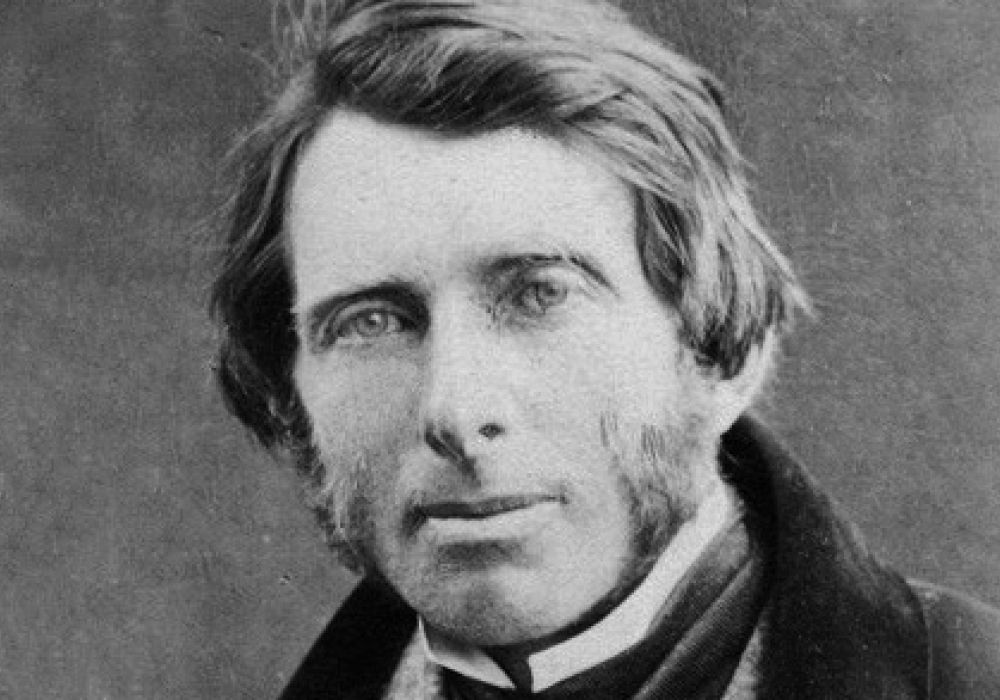 He influenced Gandhi, was viewed as unbalanced in his later years, and tried to create the ideal society. English writer John Ruskin, little known today, was a critic of the industrial age, advocating a return to simplicity and craftsmanship in art, architecture and all things made.

His philosophy on work is brought back to life here, so that we may view our careers through a new lens – one in which the meaning behind our labour is more important than what we produce.

“There is no wealth but life.”

Millions today are chasing the dollar while ignoring the real wealth of our lives – life itself. Relationships suffer, marriages crumble and children are ignored all in the name of materialistic and financial gain. Yet, the act of giving and receiving love is the ultimate prize we all seek. Emotional starvation is rampant. Yes, we must grow our careers and earn a good living for ourselves and our families, but not at the expense of giving what those close to us need the most – our time.

“The principle of all successful effort is to try to do, not what is absolutely the best, but what is easily within our power, and suited for our temperament and condition.”

Ruskin didn’t believe in breaking our spirit through excessive work. Rather, he saw work as an extension of ourselves – something that needed to be in harmony with our core beliefs. It was a philosophy embraced by Gandhi who was greatly influenced by Ruskin’s 1860 book called “Unto this Last.” The book advocated economic equality, justice and concern for others (but was highly criticised in its day as being a recipe for socialism). What if we didn’t view work as a chore, but rather, part of who we are? How can we engage in “work” that is not really “work” at all, but rather, a calling, mission or engagement of belief? Ruskin put it another way: “It is not how much one makes, but to what purpose one spends.”

“A little thought and a little kindness are often worth more than a great deal of money.”

I know friends of mine who are due to receive a large inheritance from their aging parents. They eagerly anticipate the money. I have asked them what they would do with their new found wealth and I am greeted by blank stares. Money can take away our financial worries, to be sure, but can it give us health, love and closer human relationships? Can it make the world a kinder place? Only our hearts, filled with compassion and empathy, can exert such power. If we see ourselves as more than just producers of income – if we can appreciate our ability to influence others in a positive way, through a simple smile or word of encouragement – then we begin to understand that we are far more than our jobs.

John Ruskin was so disgusted with the rising obsession of money and the disparity between rich company owners and the working poor, he decided to create a Utopian-like society in 1871 called “The Guild of Saint George.”

He went as far as to buy land so that people could get close to nature, far away from the chains of industrialisation. There, his “companions” as he called them, would cultivate the land using their own hands. He planned to start his own schools and even created his own money.

Today, his Guild lives on as a charitable education trust based in England with a worldwide membership.

Ruskin, who was a professor at Oxford and also a painter, hated the fact that only the rich could see great works of art, so he created one of the world’s first modern museums.

He was against using machines to create things, advocating a return to hand-crafted products.

In addition to being an artist himself, Ruskin was also a well-known art critic and was horrified that some painters would charge a fortune for simply throwing a can of paint onto a canvas and calling it a work of art.

Today’s movement towards simplicity, love of traditional values, and getting closer to nature began with Ruskin. 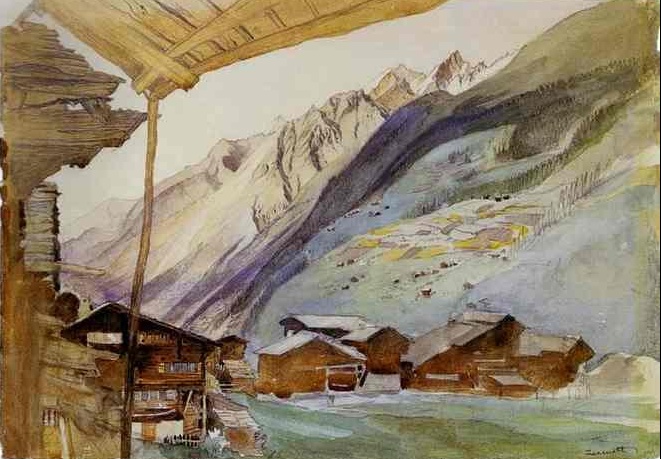 Even though he never became a famous artist, John Ruskin loved to paint nature, such as this picture from 1844. He also did numerous self-portraits, but was perhaps best known for his architectural drawings. He was against the restoration of old buildings, believing that their history, embedded in their decay, needed to be preserved.

While his philosophy on the meaning of work has great relevance today – John Ruskin was an oddball when it came to his personal life.

Historians believe he was a life-long virgin, even though he was married for six years to a woman named Effie Gray. In Ruskin’s own words about his wife and marriage: “It may be thought strange that I could abstain from a woman who to most people was so attractive. But though her face was beautiful, her person was not formed to excite passion.”

In 1858, Ruskin was hired to teach drawing and painting to the young daughters of a wealthy family. 39 years old at the time, Ruskin says he fell in love with one of the girls named Rose La Touche, who was only 10 years old. Historians have argued as to whether Ruskin was a pedophile, but there is no evidence he ever tried to seduce Rose. He did, however, propose marriage to her when she turned 18. She asked that he wait until she was 21, and when that day arrived, Rose put him off even longer, and eventually said no.

The two kept in contact for several years but Rose would die at the young age of 27 from a long illness. The news devastated Ruskin who became severely depressed. He would suffer from various breakdowns and claim he could communicate with the dead love of his life. Ruskin was seen years later talking to her as though she was sitting beside him.

He sought comfort in writing. But he was increasingly unhappy with the modern world and its money-hungry ways. Ruskin’s final days were spent in a daze until he died in 1900 at age 80 from the flu.

Today, John Ruskin’s sound ideas about being in harmony with our work and seeing ourselves as more than just income producers, are worthy of practice.