How Body Language Can Help You To Instantly Connect With Anyone

How Body Language Can Help You To Instantly Connect With Anyone 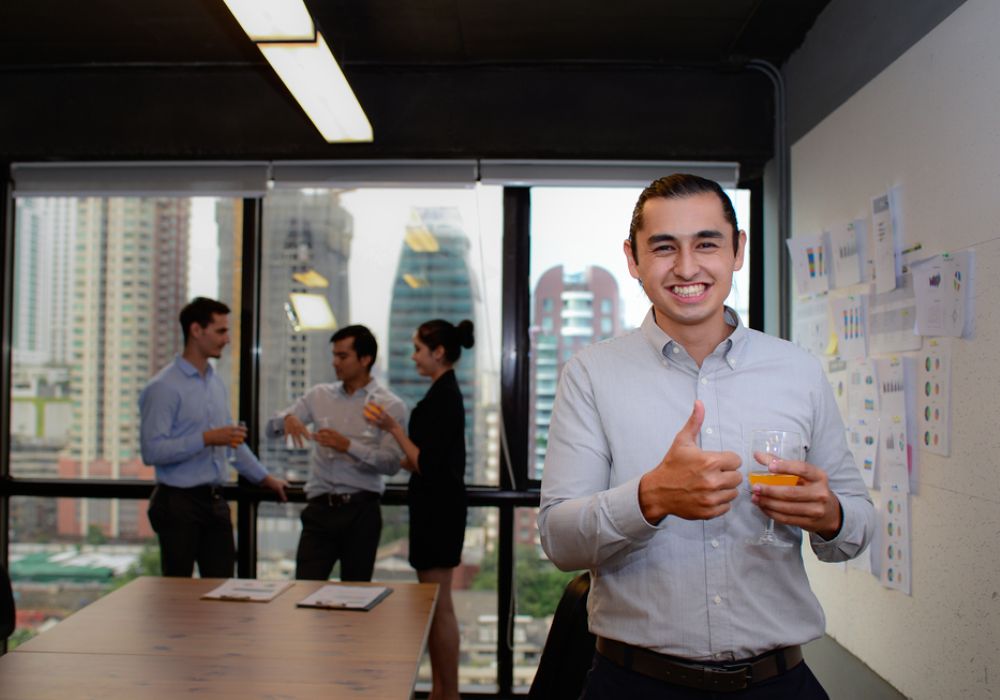 Too many people succumb to the mistaken belief that the ability to connect with others is a natural, unteachable trait that belongs to only a lucky few. It’s easy to fall prey to this misconception. In reality, this ability is under your control, and it’s a matter of emotional intelligence (EQ).

Research conducted by Matthew Lieberman at UCLA shows that being social and connecting with others is as fundamental a human need as food, shelter, and water. For example, Lieberman discovered that we feel social pain, such as the loss of a relationship, in the same part of the brain that we feel physical pain.

The primary function of this brain area is to alert us to threats to our survival. It makes you realise how powerful and important social connection is. We’re hard wired to be social creatures.

“The most basic of all human needs is the need to understand and be understood.” -Ralph Nichols

The social brain is the end of the seesaw where the fat kid sits; it’s our brain’s default setting.

Given that social connection is such a fundamental human need, you’d think that it would be easy to connect with everyone we meet. Unfortunately, that’s not the case. Against our own self-interest, we get bogged down by shyness, self-consciousness, cynicism, pride, competitiveness, jealousy, and arrogance.

If you can get that baggage out of the way, you can connect with anyone—even those who are still holding on to their own. Here are some tips that will help you to connect instantly with everyone you meet.

Research shows that most people decide whether or not they like you within the first seven seconds of meeting you. They then spend the rest of the conversation internally justifying their initial reaction. This may sound terrifying, but by knowing this, you can take advantage of it to connect with anyone.

First impressions are tied intimately to positive body language. Becoming cognisant of your gestures, expressions, and tone of voice (and making certain they’re positive) will draw people to you like ants to a picnic. Using an enthusiastic tone, uncrossing your arms, maintaining eye contact, and leaning towards the person who is speaking are all forms of positive body language that high-EQ people use to draw others in. Positive body language can make all the difference in a conversation. It’s true that how you say something can be more important than what you say.

Be The First To Venture Beyond The superficial

Our first conversation or two with a new acquaintance tends to be pretty superficial. We portray a careful picture of ourselves, and we stick to nice, safe topics. We talk about the weather and people we know in common and share the most basic details about ourselves. But if you really want to connect with somebody, try upping the ante and revealing the real you. You don’t need to get too personal, but it’s important to let the other person know what you’re passionate about. Most of the time, if you open up, the other person will follow your lead and do the same.

If the other person seems hesitant to open up, encourage them to do so by asking substantial questions. “What do you do?” doesn’t further the relationship nearly as much as, “Why did you choose your profession?” Search for questions that will help you to understand what makes the other person tick, without getting too personal.

In the course of his research, Lieberman concluded that our educational system would be much more effective if we tapped into the social side of learning, rather than trying to squash it. For example, the best way to help an eighth-grader struggling with math would be to have him get help from another student. Apply that same principle to your life, and be willing to learn from the person you’re trying to connect with. Not only does that make them feel more bonded to you, it makes them feel important. It also shows that you’re willing to be vulnerable and aren’t too proud to admit that you have much to learn.

If your new acquaintance does you the honour of opening up, don’t make them regret it. Sarcasm, criticism, or jokes that might make the other person feel judged for what they’ve shared are major faux paus. Instead, empathise with their approach to life, which you can do even if you don’t agree with their beliefs, and then reciprocate by revealing more about yourself.

Look For The Good In Them

Our culture can often predispose us toward cynicism. We seem to focus on finding reasons not to like people instead of reasons to like them. Shut that cynical voice off, and concentrate on looking for the good in a new acquaintance. For one thing, that keeps you from writing someone off too soon, but more importantly, when you expect the best from people, they’re likely to deliver it.

People naturally (and unconsciously) mirror the body language of the person they’re talking to. If you want people to like you, smile at them during a conversation and they will unconsciously return the favour and feel good about you as a result.

Your name is an essential part of your identity, and it feels terrific when people use it. You shouldn’t use someone’s name only when you greet them. Research shows that people feel validated when the person they’re speaking with refers to them by name during a conversation. When you meet someone, don’t be afraid to ask their name a second time if you forget it right after you hear it. You’ll need to keep their name handy if you’re going to remember it the next time you see them.

We all know the golden rule, and it’s pretty easy to follow. The platinum rule is harder to follow because it requires us to treat people the way they want to be treated. Not only does doing so make the other person more comfortable—and therefore more likely to open up—but it also proves that you’ve been listening and have really heard what they’ve been telling you. And that shows extra effort on your part.

Don’t Make It A Contest

We’ve all seen the stereotypical sit-com scene where two guys in a bar spend the night trying to one-up each other. The same thing happens when you meet someone new. Their accomplishments and life experience sneak up on you and make you feel the urge to make yourself look just as good (if not better). Doing so may stroke your ego, but it doesn’t help you to connect with them. It keeps you focussed on yourself when you should be trying to learn about them and find common ground.

Turn Off your Inner Voice

One giant thing that keeps us from connecting with other people is that we don’t really listen. Instead, we’re thinking while the other person is talking. We’re so focussed on what we’re going to say next or how what the other person is saying is going to affect us down the road that we fail to hear what’s really being said. The words come through loud and clear, but the meaning is lost.

You must turn off this inner voice if you want to connect deeply with people. So what if you forget what you were going to say or if the conversation moves in a different direction before you have a chance to make your point. If your real goal is to connect with a person, you have to shut off your own soundtrack long enough to focus on what they’re telling you.

The good news is that we’re programmed to connect with each other; we just keep getting in our own way. Try these tips the next time you meet someone new, and watch a superficial conversation turn into a real connection.

[Dr. Travis Bradberry is the award-winning co-author of the #1 bestselling book, Emotional Intelligence 2.0, and the co-founder of TalentSmart, the world’s leading provider of emotional intelligence tests and training, serving more than 75% of Fortune 500 companies. His bestselling books have been translated into 25 languages and are available in more than 150 countries. Dr. Bradberry has written for, or been covered by, Newsweek, TIME, BusinessWeek, Fortune, Forbes, Fast Company, Inc., USA Today, The Wall Street Journal, The Washington Post, and The Harvard Business Review.]