How I Embraced My Failure

How I Embraced My Failure 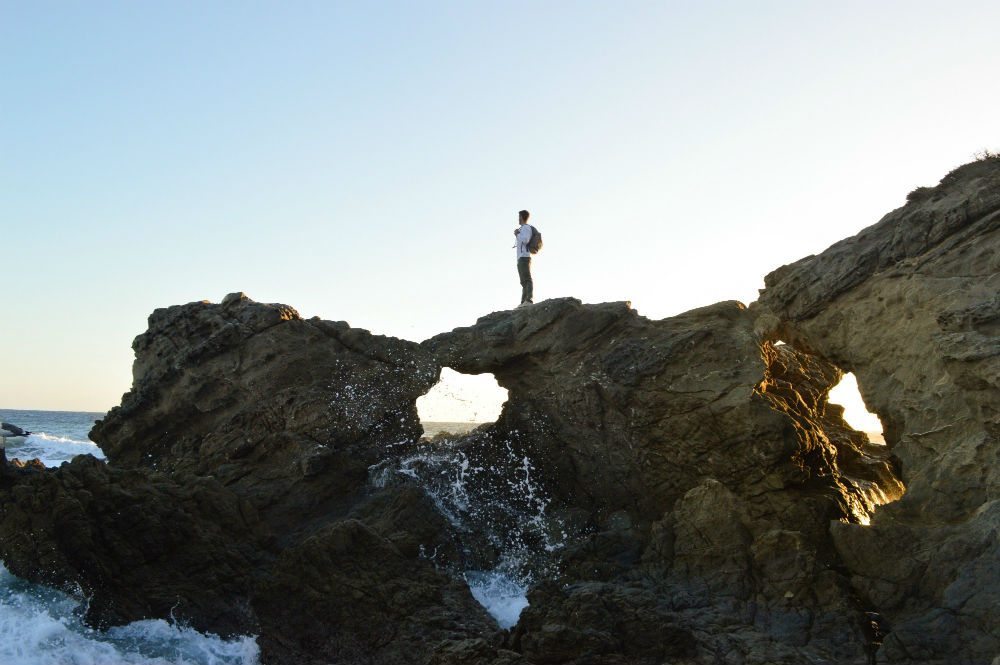 I grew up poor. My family and I lived in a studio apartment in Delhi. I had one set of clothes, one pair of shoes, and I remember my father going an entire winter without a sweater. Seeing my parents struggle, I felt a duty to help the family by earning money when I was old enough. I rounded up a few friends and sold phones we purchased at a lower price outside the city for their full value in Delhi. School inevitably got pushed to the back burner, but it seemed so unimportant when there was a need to help provide. Soon I’d stopped focusing on my studies entirely. I failed senior high school twice. In Indian culture, failure is incredibly stigmatized. Even though my heart was in the right place, the shame of my poor performance made me feel worthless. I thought about borrowing money and running away to Australia.

Thankfully, my father discovered my ill-thought plans. Around that time, he also was beginning to see financial success with his business, so he made a deal with me that if I passed my classes on the third try, I would be allowed to continue my studies in America. I had always dreamed of starting my own company and giving back to a community in need, but that dream had gradually moved further into the distance when I lost focus in school. But given one more chance to succeed, I was determined and unwilling to fail again. I passed on the third try.

My educational experiences taught me a lot about myself and the world — specifically, that if you fail, you’re trying new things and learning in different ways. They also laid the foundation for an important lesson: If you’re doing something worthwhile — especially something that has the potential to change the world — expect your share of rejection and roadblocks. In his book, Originals, Adam Grant makes the case that all truly original ideas are met with failure because people don’t accurately anticipate changing tastes and technologies. As budding entrepreneurs, we’re often at the forefront of that innovation, and we’re repeatedly told by mentors, investors, and peers alike that we need to become comfortable with failure. The theory behind it is sound: If we all fail enough times, we reach a threshold where we start to own our mistakes rather than them owning us.

“My educational experiences taught me a lot about myself and the world — specifically, that if you fail, you’re trying new things and learning in different ways.”

There is a quote displayed in the WeWork building where my company is headquartered: “I have not failed. I’ve just found 10,000 ways that won’t work.” It reminds me that while most of us won’t stomach 10,000 failed attempts, Thomas Edison would never have cemented his place as America’s foremost inventor had he given up at 10 or 100, for that matter. Edison and other great innovators rose from the ashes of failure to become stronger because they were able to learn from previous experiences and harness their fears into a powerful motivational force.

I fail every day. The failures throughout my life have helped me to achieve more than I would have ever imagined. Each has played an integral role in molding who I am now, and who I will continue to become. In fact, I’ve grown accustomed to confronting my fears to the point that I’m confident walking into a room full of strangers or an investor meeting — but it’s been a journey to get there.

My journey to America ushered in an era of difficult firsts. I look back on those memories shocked that that person was me. I’d never been on a plane before. I didn’t even speak English. I was afraid of everything. I copied the behavior of others. In the dorms, I woke up at 5 a.m. to shower so I could avoid having to speak to others. Because it was the only thing I’d taught myself to order, I ate the same sandwich every day, a chicken tender melt — for six months. It was a very lonely time. I had trouble forming friendships without understanding cultural references in jokes. I was eager to earn money so that I could enjoy the full experience of living in the city, so I began building a business while going to school. Again, the business was successful, but my GPA plummeted. I failed 12 classes and lost my scholarship.

“Failure is an old friend of mine, a friend whose presence in my life has only helped me find more and more success.”

My father’s influence played a crucial role in encouraging me to press on when I wanted to give up. For me, two events shed light on some changes that I needed to make. I wanted to learn from other entrepreneurs’ experiences and forced myself to go to meetups, but I was still too intimidated to speak to anyone. I kept to myself in a corner in that meetup until something happened: People came up to me and introduced themselves. It really wasn’t so bad. I grew angry with myself for letting my anxieties own me, and I made a decision then and there to not be stopped by fear anymore. I promised myself that whatever I was afraid of, I would have to do it. It was almost as though I’d made that promise to another person and couldn’t let him down. I went to more meetings and introduced myself. Slowly, I began to make great friends, try new things, and enjoy the city.

Self-Reflection and The Birth of Roomi

In 2010, my lung collapsed. I didn’t know it at the time, but this seeming setback actually ushered in a turning point in my life. I was in the hospital for a month and on bedrest for six months — a lot of time to be left with your own thoughts. My medical condition forced me to really slow down and think about my life. I began reading books on both business and spirituality, reexamining and refocusing my priorities and goals. It was an excellent foundation that prepared me for the challenges and opportunities that have followed with Roomi. I gained clarity on why I was struggling to succeed, how I was letting fear stop me from trying things. I decided to do something about it. I figured out that what truly motivated me was building something that could make a significant impact to better the lives of others. Perhaps most importantly, I learned how repeated failure and anxiety can be detrimental, if not disastrous forces; how it creates an expectation of failure before you’ve even tried. But how can you ever succeed unless you try? My pride and ego were making me too afraid to fail and holding me back. I was the only one standing between success and failure. I started to look at failure instead as a great teacher, a forefather of innovation, because only when something doesn’t work, do we try to improve upon it and find the better solution.

I got the idea for Roomi after a bad experience involving massive theft from my own previous roommate. I needed to solve the personal problem of finding a new roommate and place to live, but I realized that the problem was so much greater and a true solution would help countless people moving forward. I wanted to help prevent others from going through a similar loss or betrayal. I began building it, learning to code with a different language than we had been taught in school. Building the concept, testing it and gaining initial users took so much time that there was little left for anything else. In order to be successful with Roomi, I knew I’d have to also start actively seeking out mentors, fundraise, and eventually recruit team members who could help me grow. I began to understand the unique challenges of expat founders. And I was rejected by potential investors for nine months straight, but because I’d gained so much clarity on what was truly important, I didn’t let this stop me.

“No’s are not failure; the quicker people said no, the sooner I’d find those who’d say yes.”

This new approach to failure allowed me to strategically set myself up for success. I’m not failing; I’m learning. Learning may sting, but it’s a sure way to improve as long as you’re open to examining the situation objectively. What could be done better? How could I have planned differently, approached someone differently, reacted differently? I started with small changes in my thinking at minor events like a meetup, analyzing the outcomes. It didn’t kill me to say hi to that person I didn’t know. I worked my way up to more challenging things, like investor pitches. Now, when I walk into an investor meeting, I’m eager to get to the nos. Again, the nos are not failure; the quicker I eliminate the person who is not right for the deal, the quicker I’ll get to the right people for Roomi — those who share my vision: helping people find better housing solutions and ultimately be able to go anywhere in the world and have them feel like home. And experience has taught me that even people who say no, they may change their mind later.

Failure is an old friend of mine, a friend whose presence in my life has only helped me find more and more success. From a kid in India who couldn’t get his head on straight to finish school to the New York City co-ed whose paralyzing fear kept him from experiencing a new world, to the startup CEO whose smallest decisions impact an entire company, failure has been there every step of the way. But I’d rather embrace failure than accept fear. Of course, there are still things that I’m intimidated by; things that make my pulse quicken. But now, I don’t let myself walk away from a challenge. Everything that I’m afraid of becomes something I must do. If it doesn’t go well, I may give myself one minute to be angry or sad, but dwelling in self pity accomplishes nothing. Instead, I see the flaws, pick myself up and try again.

Thank you for reading. If you found this helpful, please share. I’d love to hear your experiences in the comments.