Great Work Culture – And How to Go About Creating It

Great Work Culture – And How to Go About Creating It 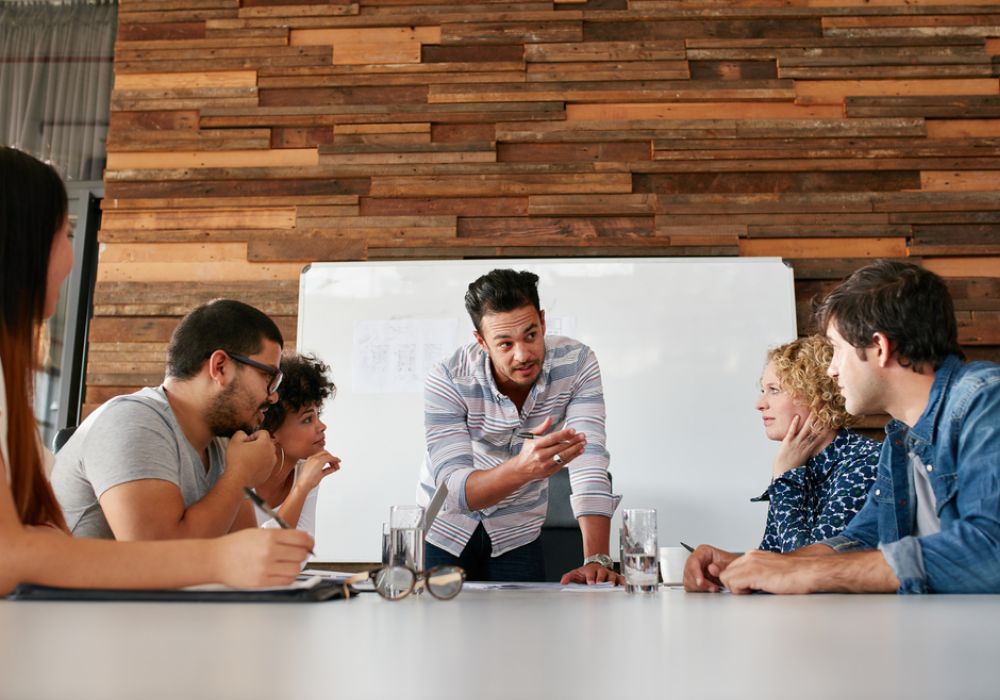 Did you know that ‘culture’ is the eleventh most popular word of all time in Merriam-Webster’s dictionary? No wonder its such a commonly thrown around word at the work space too.

Since there’s no shortage of articles talking about how important work culture is, we’re not going to do that. Instead, we’re going to talk about HOW you can go about establishing, implementing and maintaining a certain kind of a work culture in your organisation. We will do this with the help of some specific examples of how we have managed to create an infectious work culture here at 91springboard!

Why Is Work Culture Important, You Ask?

Well, to sum it up, any organisation can setup processes and systems. However, these are just tools and if you get the culture wrong, employees will start taking advantage of these tools. We’ve seen this happen at many organisations. Process and systems aren’t the answer. It boils down to the culture of the people and how they use these tools. That’s what determines the success of any company.

We managed to have a chat with our founders who spilt the beans about how they went about creating their version of a great work culture.

Varun: So the first question we asked ourselves was, what is it that we ourselves (the founders) firmly believe in? If we’re not sold on the principles of something, how can we ask our team to adhere to them? So simple things like a formal clothing policy or strict work timings, which we felt stem from an archaic school of thought, were the first to be addressed.

We felt that these things shouldn’t and don’t reflect the kind of worker someone is, it’s the work that speaks for itself. We wanted to treat our employees as we’d like to be treated ourselves, as adults. Many organisations believe things like imposing a dress code and strict timings are essential in operating successfully, but we beg to differ.

Our view is: give people freedom and responsibility and they’ll grow and mature as individuals, both personally and professionally.

Anand: One major headline objective for us was that we wanted people to be independent and have ownership over what they do. Basically, not have everything driven by a top-down management approach. So a part of that independence is also just trusting people to be responsible and not bogging them down with too many rules and regulations.

Pranay: Values and culture go hand-in-hand and we try to follow it in that very manner. One thing we always harp on is transparency. When we’re talking to our teams and giving any instructions, the whole idea is that it isn’t just an instruction, it’s the philosophy of how work is communicated.

People should understand what they need to do, but more importantly WHY they need to do it. That’s something all of us have been following, and something we expect our teams to follow further.

For example, if our ‘central team’ (support functions such as marketing, sales, operations etc) is speaking to one of our location teams (teams that run the hubs across cities) and they’re only talking about what needs to be done, that’s wrong, culturally! The why is a lot more important than the what and it doesn’t just end there. Everyone should be convinced about the why. If even one person isn’t, they must question it. Questioning things is hugely encouraged!

We strongly believe that when in doubt, wear shorts. But not at the price of looking shabby. We believe our employees will be mature enough to know that if they have a big meeting, they should dress well on that particular day. On other days, when they’re just going to be in the office, wear shorts and chappals, no problem! That’s what we mean by not enforcing rules and treating our employees like adults.

At our various locations (hubs) we do enforce timings as our hubs are bustling with members 24/7 and we need people around to tend to them, if needed. But for the rest of our team that works more behind the scenes and doesn’t interact much with members, we say- if you have a busy day come in by 9, if you have a relatively free day, feel free to come in by 11. The choice is yours. Basically we understand and trust that you’ll be responsible with your work and get it done in time.

We don’t have a cap on the amount of leave an employee can take. No, we haven’t lost our mind, we just trust our employees to be responsible. This is a direct reflection of the trust we have in our employees. We say that if they’ve been working too hard and feel burnt out or even if they just want to take a much needed day off, those are valid reasons. We expect that they’ll be mature about this and won’t keep taking days off at the cost of missing deadlines. On the flip-side, if they’re falling behind on deadlines and things need to get done, we expect our team to work on Diwali or even New Year’s for that matter!

We have a very fair and liberal travel policy as well. We say take the safest, cheapest mode of transport you can find. So for a girl traveling late at night in Delhi, that probably means an Uber, so we’d expect her to take the Uber Micro, but if she thinks she needs to take an Uber Black for whatever reason, she won’t be pulled up for it!

Basically, we trust our employees to take the right decisions, one which is in the interest of both themselves and the company.

Our Way Of Working

We strongly believe that instructions without reason and agreements are futile. Never will anybody, be it the founders, the department heads or anyone, ever come up to anyone from the team and say that a particular task has to be done and that it has to be done in a particular manner, no questions asked!

That’s a very important part of our culture. As we mentioned earlier, the WHY is most important and not the what! Also, anybody who utters the word ‘Sir’ has to do ten push-ups, no questions asked! We’re big believers in keeping things informal and it really helps in communication within the team and everyone just generally getting along.