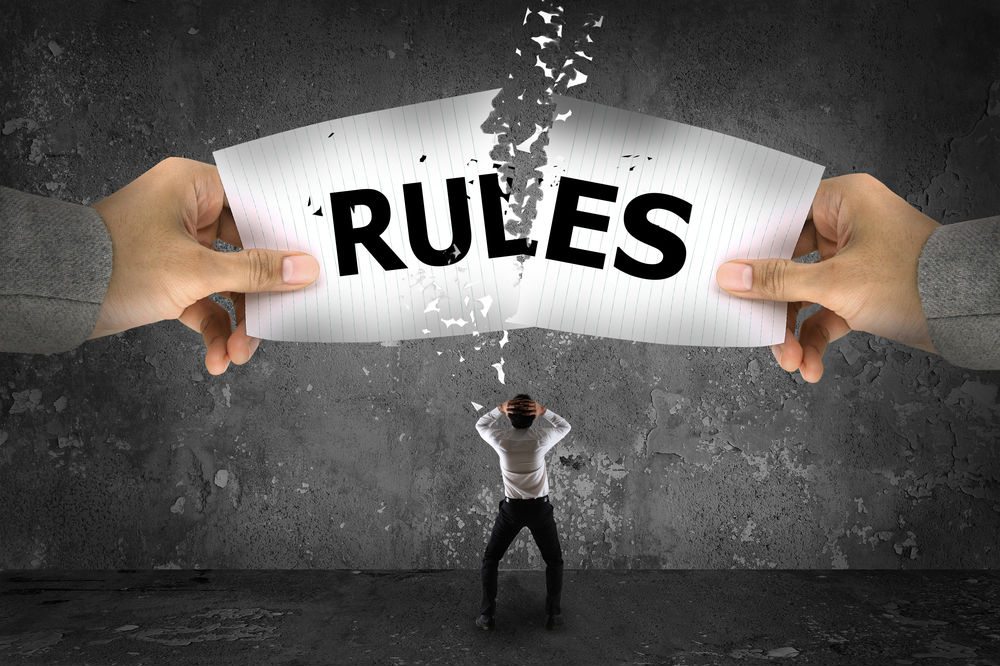 Is it possible to replace 90% of all company rules?

Recently we explored “Why Good Companies Create Bad Rules” and “Why Good Rules at Work Inevitably Turn Out Bad.”

So what is better than rules? How can we replace rules with something that still encourages the best behaviours? In a word: accountability.

Yves Morieux, a senior partner at Boston Consulting Group, urges companies to manage growing complexity not by dictating behaviours and over-specifying processes, but rather by creating a culture and context where the ideal behaviors organically occur.

In his TED talk, As Work Gets More Complex, 6 Rules to Simplify, he shares the story of an automotive company that was suddenly forced to deal with the new financial realities that accompany longer warranties. What happens, for example, when an owner brings his car to the dealer to fix a light, and the mechanic must remove the engine to remove the light? If the car has to stay a week in the garage instead of a couple of hours, it causes the warranty budget to skyrocket. In essence, how could the company make cars as easy to repair as possible?

Initially, the automaker responded with a complicated new process, new job titles, new KPIs, and it all had zero impact on the problem. Then the company changed course.

This time, they decided to allow their people to use their own judgment and decision-making but to hold their people accountable for those decisions. Specifically, they made their employees feel what game theorists call the “shadow of the future.” According to Morieux:

“They said to the design engineers: Now, in three years, when the new car is launched on the market, you will move to the after sales network, and become in charge of the warranty budget. And if the warranty budget explodes, it will explode in your face.”

With the decision to make the designers responsible for the warranty budget, the designers’ accountability increased. In effect, company leaders inspired what author Justin Bariso calls “self-empathy” or empathy for your future self. The designers were moved to invest extra effort now to promote easy repairability later since they were the ones who would have to deal with negative consequences.

I can remember my former partners and I trying very hard to increase “cross-selling” among our different divisions. Cross-selling is a common problem in large organisations and notoriously hard to accomplish. At first, we did all the usual stuff: held a “summit” to rally around it, trained each other on all of our solutions, mandated that every sales call include a secondary pitch of a cross-sell solution. Of course, nothing changed.

Then our CEO decided to make us truly accountable for cross-selling: 100% of our annual bonus was going to be tied to the amount of what we sold off other team’s solutions. One hundred percent! Literally, I could have doubled the sales of my business unit, but if I didn’t sell anybody else’s solutions I would have gotten no bonus for that year. Suddenly, everyone was cross-selling everything. Problem solved!

I described previously how my old CFO and partner tried to control expenses mandating that nobody could buy sticky notes. And no alcohol could be ordered when having a company meal while traveling. It left everyone feeling micro-managed and bitter.

Wouldn’t it have been better to just set a quarterly office supply budget per person (by role), and trust people to buy whatever they needed? Or even better, set a per role budget and create some kind of contest or reward system for those who came in under budget?

What about travel expenses? What if there were no per meal or per day reimbursement rules for the sales team, but instead everyone’s per day meal expenses was posted on a public rack-and-stack board? Imagine the power of peer pressure when you see most people are spending $25 per day on travel meals and you’ve been averaging $50 per day. What if the top 25% lowest spenders were celebrated or given gift cards as thank you? Wouldn’t expenses organically drop while engagement went up?

How can you pair accountability with coaching? Instead of a hard and fast no-beer rule, what if the CFO just flagged someone’s manager when a meal reimbursement seemed out of line? Then a coaching conversation could take place. Maybe the high expense could be justified (e.g., “It was in Manhattan, I had worked all day and into the night skipping lunch and room service was the only option.”) Or maybe not (e.g., “What, four beers at dinner is too many?”), but it would become a conversation that reinforces the expectations around professional behavior and expenses.

Instead of using rules, look for opportunities to build accountability by assigning ownership and consequences to their decision-making.

Kevin Kruse is the author of Employee Engagement 2.0 and a top leadership speaker. Join his newsletter at kevinkruse.com.