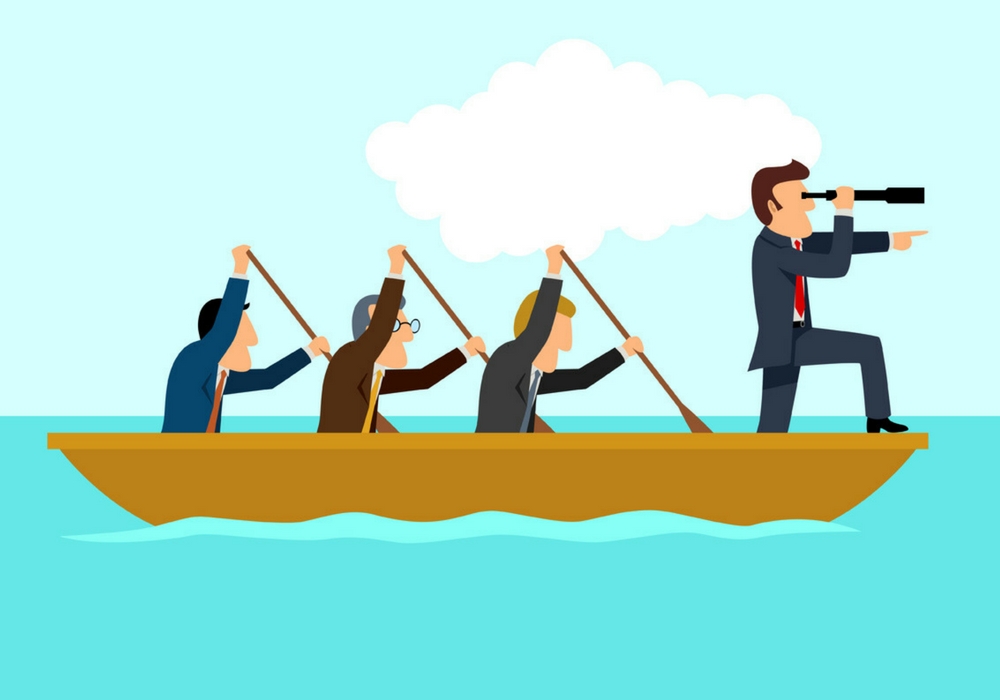 What if I had predicted in 1997 that one of the most valued companies in 20 years would start as a college dorm project that allowed users to rate profile photographs? No one would have believed that! Just like we did not foresee the rise of Apple after the return of Steve Jobs in 1997, nor the importance of Google, which was founded just a year later. In fact, at the time Google was created in 1998, most industry insiders had written off search engines, having just witnessed a spate of failed attempts at that business. As it turned out, they were wrong about that, just like they were about many of the biggest business ideas over the next two decades.

In a world where we are notoriously off the mark in predicting the future, how can leaders create and nurture great organisations?

Great leaders understand that it is not their job to know the future. It is their job to create a system that discovers that future. This is true of all organisations that change the world—be it Apple, Google, or Airbnb. All these organizations have systems that encourage organizations to nurture their best ideas.

Look For Systems That Create Foolishness

Typically, humans fear foolishness more than they hope to create genius. That’s why leaders need to build systems that generate variation and encourage “foolishness”. This means that employees should not be punished for failing. More importantly, in these environments, leaders should encourage non-consensus ideas or business plans that generate debate. For instance, when Qualcomm chose to develop chips for mobile devices based on CDMA (Code Division Multiple Access) technology, it was a non-consensus decision, but in the end, it paid off.

This idea has a clear message for business leaders interested in increasing innovation—remember the importance of variability. Some organisations produce a highly variable stream of new ideas—both great ideas and foolish ideas. Such high-variability organisations are most likely to come up with the next “big thing” (and a lot of foolishness—and we won’t know which is which until after the fact).

But when business leaders try to manage innovation, they often try to discourage foolishness—instead preferring to fund only “good” innovations. But given that we often can’t tell the foolish from genius before the fact, such actions effectively reduce variability, and so make genius (and folly) less likely. That’s why the value of innovation should not be measured by its average quality. Creative systems should be judged by their variation—their ability to produce extreme outcomes, whether good or bad.

Once systems have the capability to generate variation, they also need the ability to see the real value of new ideas. They see new possibilities and convert these into strategy. For instance, Airbnb started out as just two schoolmates who were renting an air mattress in their living room so that they could pay the rent for their loft apartment in San Francisco. Only after several tries at turning this into a business did they see the potential market for a larger online hospitality service based on collaborative consumption and sharing. This discovery process led to a company that now has roughly 3,000,000 lodging listings in 65,000 cities and 191 countries across the world and has changed the experience of travel as the world knows it.

But in order to imagine industry-altering ideas, leaders must see strategy less as planning and more as discovery. Only then that they create systems that turn ideas into breakthrough businesses.

In his famous 2005 address at Stanford, Steve Jobs looked back at the moments that had shaped him as an entrepreneur and made Apple an outstanding company:

“You can’t connect the dots looking forward; you can only connect them in looking backwards. So you have to trust that the dots will somehow connect in your future. …Because believing that the dots will connect down the road will give you the confidence to follow your heart even when it leads you off the well-worn path and that will make all the difference.”

Great leaders understand that it is not their job to know the future. Instead, it is their job to create the systems that discover that future.

Believe Long Enough To Get You There

Looking forward, leaders turn insight from retrospective analysis into a logical explanation of what their businesses can achieve. This becomes a strategy that helps their businesses survive through tough times and retain an organisation’s best ideas. In doing this, businesses must be guided by business logic that makes sense. This approach helps organisations both determine when they need to pivot and recognise false negatives that inhibit them from pursuing great ideas. For example, early feedback on Qualcomm’s use of CDMA indicated that the technology would not succeed. But the company chose to proceed with its strategy and CDMA proved to be the right standard.

Needless to say, nurturing ideas that change the world is difficult and takes time. But when leaders persist, they do eventually create great organisations.

In fact, even the theory of evolution reflects this same principle of variation, selection, and retention. Similarly, just like the biosphere, economies evolve. The difference is that in this process leadership plays a role—it is variation among humans, guided by leaders whose selection creates systems that encourage learning. In some organisations this is fraught with failure that damns careers, while in other an organisation’s learning is viewed in a more constructive manner. It is the latter approach to leadership that nurtures ideas and finally creates great organisations.

[The author of this post is William P. Barnett – Thomas M. Siebel Professor of Business Leadership, Strategy, and Organizations of the Stanford Graduate School of Business.]