Should The Founder Be CEO Of The Startup Till The End?

Should The Founder Be CEO Of The Startup Till The End? 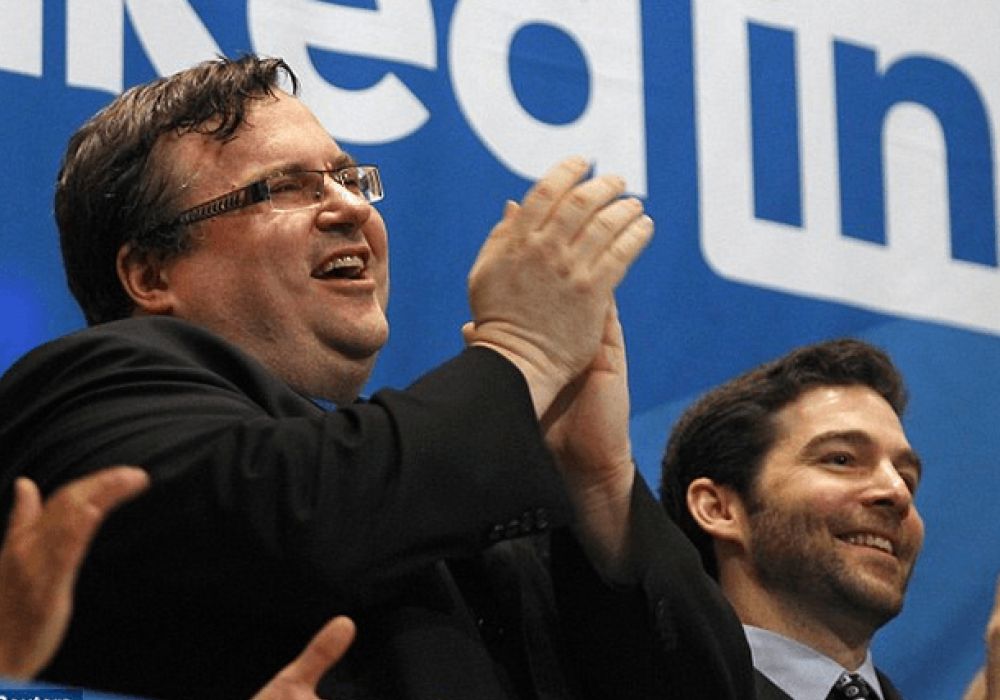 Reid Hoffman (founder) and Jeff Weiner (CEO) of LinkedIn are amongst the most famous pair of founder / CEOs to buck the stereotypes that:

In fact, Reid wrote the definitive piece on the topic.

Many people don’t know that I actually became Chairman of my first company and relinquished the CEO role before the company was sold. It’s a topic I’m well versed in personally and I understand the difficult emotional decision of whether to hand the reigns to someone else of the baby you’ve struggled so hard to launch into the world. Will they treat it with the same seriousness that you did through your years of blood, sweat and tears?

Some founders make great CEOs until the end, some don’t. And some (like me) love the first 5 years, first $30–50 million in revenue, leading the first 150 employees but don’t love the role after that point. So sometimes even if you want to stay put (as Reid Hoffman did) — it may make sense to bring on the new CEO that is more experienced and enjoys more the scaling / large growth phase of a startup.

In it, he talks about the skills of willing an idea into existence and whether those are the same skills to take the company to the next level. In my personal case I knew that my company had outgrown both my skills and my desires. As we went from a small band of missionaries, hell bent on making our idea a reality, raising capital, getting press, and selling to customers — we were all having fun. We built a business with $36 million in bookings and real customers who relied upon our service.

But at 90 employees in 5 countries, my job became less fun to me personally. The skills required to get to the next level were different than the skills I had or my own desires.

I take my hat off to people like Adam Miller, the CEO of LA-based Cornerstone on Demand, who started at the exact same time as I did (November 1999) and is still the CEO but now of a public company valued at around $2 Bn. Not everyone is well suited to pilot their company through this full lifecycle.

The reason I’m thinking about the topic this morning is that several months ago Jason Spievak, the Founder & CEO of Invoca, the very first company I backed when I became a VC, started talking with me about whether he was the right guy to take the company to the next level. I asked him about his thought process because Jason has already built a very successful business that has become the clear market leader in Marketing Automation for Phone Calls. We grew 100% in SaaS revenue year-over-year and 650% over the past three years. In other words, Why now?

Jason showed me the data that points clearly to our ability to become a public company and his desire to do so. Jason was previously part of another team that IPO’d but in the role of CFO. He thought we could attract somebody who had been a public-company CEO before and who could take our rapidly growing business and turn it into a multi-billion company as Adam had done at Cornerstone. He also talked about the work he enjoyed doing: coming up with our strategy, working with our largest customers (like Allstate, DirecTV), working with VCs (Accel, Upfront, Rincon, Salesforce.com) and talking with future investors.

We now have 150 people across three offices, tens of millions in recurring revenue, inbound demand from investors, opportunities to acquire related startups and demands on Jason’s time to speak at conferences, do press interviews and so on and so on.

I asked Jason one important question before he made up his mind:

Do you really want to IPO this company? If not, I think you should stay on as CEO because I think there are 4–5 companies who would pay us hundreds of millions to buy this great company that you’ve built. If that’s your end goal I couldn’t think of a better leader to take us to that conclusion and I think it could be in the next few years because SaaS companies capable of doing 9 figures of recurring revenue are few and far between.

Jason was adamant that selling the great company he had helped build wasn’t his objective. We all agreed that if we’re truly going big, then bringing in a big gun exec was the best thing for the company. So we as a board kicked off a search for the next CEO. Just as crucially, in my mind, we secured Jason’s commitment to staying in the company not only as an important board member & large shareholder, but also full-time in a key senior executive capacity.

It turns out that private companies looking for a new CEO often have some problems at the company. Thankfully, that’s not the case with Invoca. As a company with massively growing revenue and with no senior executive turnover the number of high-caliber and qualified candidates was reassuring.

But when we met Mark Woodward we knew he was the right guy from our first meeting and spent the next couple of months just being sure our intuitions were right. So this morning we announced publicly that Mark has joined the company as our new CEO and I couldn’t be happier with Mark and prouder for Jason, Colin Kelley and the whole Invoca team for what they have achieved to date.

Mark has led two public company software companies before — both to billion-dollar outcomes. He spent years in the early days of many great Silicon Valley enterprise software companies including Oracle and McAfee. But he went on run North American sales for Legent where they grew from $28 million to $700 million under his leadership and helped sell the company to CA for nearly $2 billion. From CA Mark became CEO of Serena software where he grew revenues to $300 million and exited the company for more than $1 billion and took it public and also exited at nearly $1 billion. Most of his roles have been 7–8 year stints or more so I knew we had somebody who was a team player, loyal, committed and willing to grow a business all of the way.

To continue hitting and exceeding our aggressive growth targets and see 2016 also be 100% year-over-year we will need to be bold and highly effective. I think, with Mark at the helm, we are in as strong a position as at any point in the life of the company to take this thing the distance. Over the next year we will expand internationally, we will double our staff members, will we open multiple technology pods and we will invest in further building out our sales, professional services and customer support. It’s a big to-do list and one that demands someone experienced in operating at this sort of scale.

When we first funded the company in 2009 we knew there was a big opportunity to help businesses automate marketing through phone channels. The data was compelling — more than 50 billion inbound sales calls in the US alone per year and no way to track them, target marketing campaigns to improve the quality of the inbound calls and to figure out whether your sales reps were productively prosecuting campaigns. Many people said, “phone calls are dead, people want to text” but luckily conventional wisdom is often wrong. What happened was the explosion of mobile phones, the decreasing effectiveness of banner ads, the limited appeal of filling out forms in mobile browsers and, BAM! — the market moved massively our way. Inbound calls in the US are expected to rise now to 80 billion per year.

Thus you’ve seen the massive increased in search results pointing people to phone numbers and click-to-call initiatives at places like Google, Facebook, and Twitter. Expect more of that because there is a tonne of industry research showing that merchants have higher close rates, bigger upsells and more cross-sales on the phone for items that are larger or more complex (home loans, alarm systems, insurance, education, travel, etc.) And, it turns out, customers would rather speak to a rep before knowing which $500 camera to purchase.

As I look back on my own journey from founder to Chairman and on Jason’s, it’s obvious that no two situations are the same. But at the same time, it’s always true that the best founders are the ones capable of putting their company’s best interest ahead of their own, ego be damned.

As we plan for what we hope and expect will be the eventual IPO of Invoca, I’m proud of Jason for the company he is built and for the leadership he’s shown in rounding out his executive team to tackle the task ahead. I am supremely confident that Invoca in the right hands with a proven leader like Mark at the helm, supported by Jason on his outstanding team.