Entrepreneurship Lessons from the Creators of GTA: Rockstar Games

Entrepreneurship Lessons from the Creators of GTA: Rockstar Games 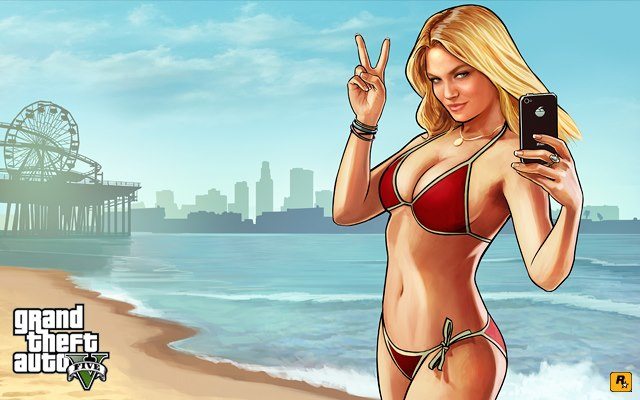 I have fond memories of shooting at cops and civilians, driving out of control, running over people, causing untold mayhem,even learning about how a flamethrower works and also expanding my vocabulary. I had a wonderful childhood thanks to the Grand Theft Auto Series.

Grand Theft Auto by Rockstar Games is one of the most critically acclaimed game series ever created.It has a cult following all over the world, with people waiting in lines for hours/days together to get their hands on their newly released titles – GTA V:case in point.

There are many factors which have contributed to their success. Here a few lessons that Entrepreneurs can pick up from them:

Rockstar Games intentionally avoided developing in the first person shooter (FPS) genre. They said, “It’s in our DNA to avoid doing what other companies are doing.  You have to have originality in your games; you have to have some kind of interesting message. You could say that the goalpoint of Rockstar is to have the players really feel what we’re trying to do.”

They didn’t rely on testimonials in business textbooks to do what they did. They succeeded precisely because they didn’t concentrate on profit.

Their philosophy was “If we make the sort of games we want to play, then we believe people are going to buy them.”

No detail is too small

3 million copies Of GTA V were pre-ordered at $60 a pop. It makes even more sense when you consider the fact that Grand Theft Auto IV sold $500 million worth of units during its first week. You do the math.

The Combined Length Of GTA Talk Radio Stations Is Over 9 Hours.

Rockstar Games (DMA Design as it was known then) realized that almost all games were targeted at kids and geeks. They decided to develop something for the masses that people could relate to.

They saw a huge untapped market where only kids were into gaming. Their aim was to generate interest for gaming for people from all walks of life.

Stand Out, Be the Purple Cow

Rockstar Games thought out a brilliant scheme to market their creation. They hired a controversial PR Guru, Max Clifford to deliberately give them a negative review citing the game to be ‘ too violent and not suitable for kids’.

This brought out two results:

You get my drift?

Each and every release of the game had something new to offer, which was ahead of its time in terms of graphics, better game play, voice acting, plot – all done in multiple iterations. Remember the lean startup?

Now let’s see how GTA as a game prepares you for a life as an Entrepreneur:

Playing GTA lets you unleash your wild side and gives you an insight into what you would do if there were no consequences. To be a successful entrepreneur you have to unleash the beast inside you and do what your heart tells you to.

Starting out from scratch

It teaches you that when it comes to the real world everyone starts out with a clean slate. It does not matter where you come from ,it matters how much effort you are willing to put in.

Karma is a bitch

Every action has its own consequences. Beat up people ,the cops will come after you. You dont pay up what you owe in time, the underworld mafia will put a bounty on your head. Similarly for entrepreneurs if you try to make a quick buck illegally, cops and lawyers will come knocking at your door. Dont pay employees salaries, they will abandon ship.

Making the most out of limited resources

Consider this scenario: Your character has been given the task of making a guy ‘sleep with the fishes’ but you do not have your weapon of choice with you.All you have with you is a Swiss army knife or even worse a pair of brass knuckles? So what do you do ? Wait till you make enough money to buy a .44 Magnum(Do I feel lucky? Well, do ya, punk?) or do the deed immediately with the resources at hand,even though things might get messy.

An entrepreneur has to make optimum use of all the resources available to him. He does not need to have the best and most expensive resources to get a job done.Also the most precious resource that an Entrepreneur cannot afford to waste or misuse is :time.

‘Carl CJ Johnson’, the protagonist in GTA San Andreas, and also the ones from other games in the series are misfits in society. The society at large does not accept them, and they have to prove to their peers.

In a similar vein, Entrepreneurs too are misfits in society. Certain people do look down upon entrepreneurs and even advice them to ‘get a real job’. Every entrepreneur’s mission is to break and rise above such stereotypes and prove himself/herself.