Entrepreneur Decoded: Fundamental Characteristics To Be An Entrepreneur 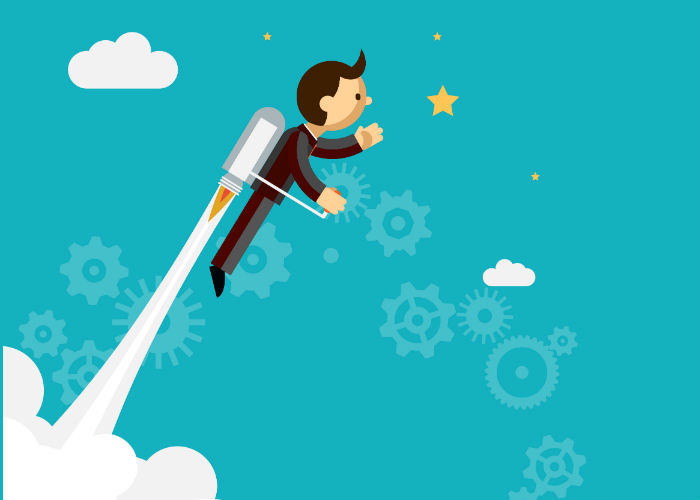 Have you ever wondered what is a specific characteristic or set of skills which makes an entrepreneur special than everyone else or what makes him a sea of ideas who can come up with an impeccable business idea in a jiffy. If questions like is an entrepreneur born or made? irk you then this article is for you. Here we are aggregate a list of character traits of an entrepreneur which make him stand out the crowd. So if you think you have what it takes to be an entrepreneur then read below:

The one word that describes the basic requirement for an entrepreneurship venture is ‘Passion’. Have you ever come across something that you can work on over and over again, without getting bored or something that keeps you awake because you have not finished it yet or maybe something that you enjoy the most and want to continue doing for the rest of your life?

Your demonstration of passion and motivation will determine your success in any entrepreneurial venture. From building and implementing a prototype, to pitching your idea to venture capitalists, success is directly proportional to passion and determination.

“Great ambition is the passion of a great character. Those endowed with it may perform very good or very bad acts. All depends on the principles which direct them.” ~ Napoleon Bonaparte

Self-confidence is a key entrepreneurial trait. You have to be crazy-sure your product is something the world needs and that you can deliver it to those , who will always deride what the majority has yet to validate. It’s a belief that turns the tables and if you have enough confidence in yourself that you can get the job done then you ameliorate the risk. Entrepreneurs  may show stubbornness in their intense focus on and faith in their idea. But the flip side is their demonstrated discipline and dedication.

“Before you can successfully make friends with others, first you have to become your own friend.” ~ Stephen Richards

You Can Foresee What Will Happen Next

If you are inspired the three-eyed raven of Game Of Thrones and his ability to foresee what’s going to happen next gives you a sense of control then you can be an entrepreneur! Doing so will lead to a foolproof planning. In reality, however, planning for everything and having a ready solution for all possible risks may prevent you from even taking the first step. Successful entrepreneurs do keep some dry powder in reserve, but more importantly they maintain a mindset and temperament to capable of dealing with unforeseen possibilities.

“Failing to plan is planning to fail.” ~ Alan Lakein

Entrepreneurs don’t stop working till they achieve their aim and to do so resilience is a must. If you lose your enthusiasm because of a failure you encountered in the past and couldn’t get past it then that failure is eating away tomorrow’s success. Sir Winston Churchill once said, “Success is the ability to go from one failure to another with no loss of enthusiasm.” That’s just an unfortunate fact that you’re going to fail no matter how cautious you are. An entrepreneur looks at the bright side of it and he gets his shit straight and hit that horror right in his face to overcome it. Instead of giving up, an entrepreneur will learn from their failures.

“Falling down and bouncing back is Rocky Balboa” ~ Rocky(Movie)

Time Is More Valuable Than Money

You must have heard ‘Time is Money’ but the scenario is changing day by day as people have realised that utility of time is more than utility of money. Judging this scenario in an economical sense, time spent in earning money has an high opportunity cost if the same time was spent doing something more productive, something you love. In this case, an entrepreneur would delegate his tasks which don’t need his special attention and can use the time saved in nurturing his business.

“My favourite things in life don’t cost any money. It’s really clear that the most precious resource we all have is time” ~ Steve Jobs

“Time is money, the only difference is we own it” ~ Me

An entrepreneur has to work in different areas his decisive powers are tested at every step of his entrepreneurial journey. He has to take important strategic decisions which will change the course of his business to everyday decisions which are trivial as compared to the former. Having a vast array of roles to do he always finds something new to learn. An entrepreneur accepts the fact that he cannot know everything but manages to rake in information regarding all his roles. He is also  aware of the fact that successful people don’t crave for perfection but for progress. He doesn’t find it berating to learn from someone who is less knowledgeable instead he gets elated at the fact that he gets to add new things in his learning repertoire.

Einstein said if you ask a question you are a fool for a short period and if you don’t you remain a fool forever.

Do you get this feeling what you say turns real? I get it a lot because, yeah, I am omnipotent and make this universe work. It doesn’t work this way because every prophecy is based either on past experiences or if the person has an idea what will happen next. Entrepreneurs are risk takers ready to dive deep into a future of uncertainty.Entrepreneurs are willing to risk time and money on unknowns, but they also keep resources, plans and bandwidth for dealing with “unknown unknowns” in reserve. When evaluating risk, an entrepreneur will connect all ifs and buts before jumping to a conclusion.

Risk comes from not knowing what you are doing. ~ Warren Buffet

You Are A Perpetual Source Of Ideas

If you ever feel smartest of all because you can come up with a business idea at any point of the day no matter what circumstances you are in you can always find a way to cash on these ideas. Even Steve Jobs never ran out of ideas after so many flop ideas. One such example is Lisa Computer which went into oblivion but then he came back with Macintosh which changed history of computers. While this genius’s hardware and software failures are rarely mentioned, there were many of them. iPhone was not received well back then it was launched but once it proved that it was not a mainstream handheld device it took the mobile industry by storm and changed the way we communicate with such devices.

Your Excitement Is Contagious

After coming up with an idea next thing is to sell it to other people. For an idea to be successful other people must be interested in it. This potentially includes investors, partners, and employees. It always includes buyers. An entrepreneur is able to pass on his zeal to people around him who are connected to him in some way or the other. This way he maintains a positive environment among his peers whom they trust to criticize their ideas.

Enthusiasm is excitement with inspiration, motivation and a pinch of creativity. ~ Bo Bennett