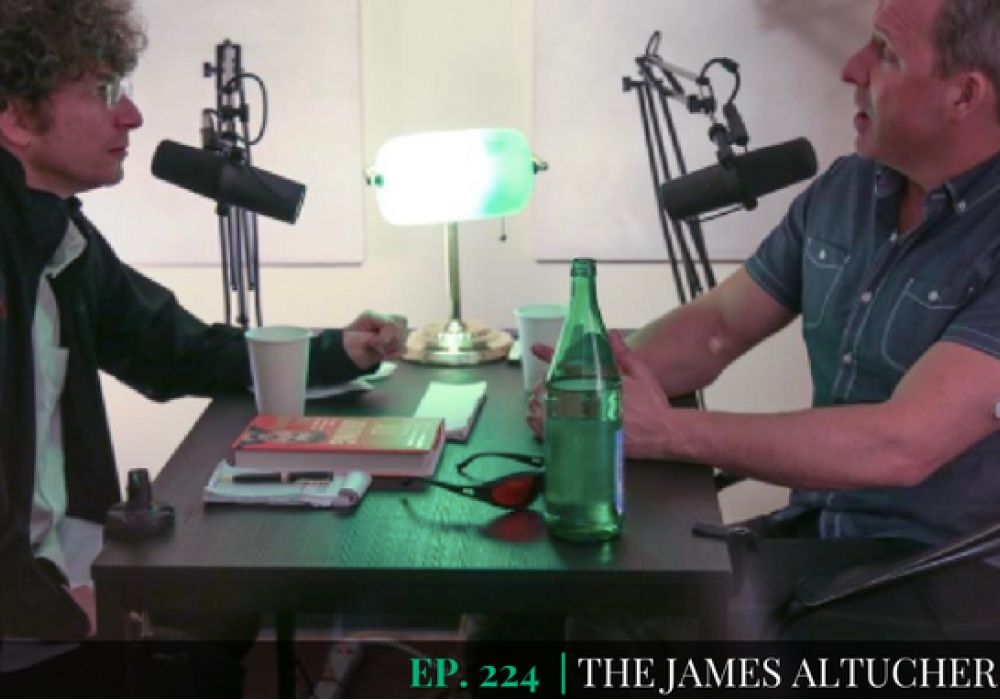 Dave Asprey wants to live to be 180 years old and I don’t really believe it’s possible. But I admire him for trying. I’m fine if I die tomorrow. I feel I created good kids. Mission accomplished.

But, if I have to live longer, I want to have a high quality of life. When I read Dave’s book, “Head Strong” I called him up. “Come on my podcast.”

I want to be smarter so I can win more chess games and stop forgetting people’s names. And I don’t want to get sick as I get older.

Here’s what Dave does: he hacks himself. He is his own laboratory. So I asked him what he does to make himself smarter.

I told him: make it easy for me to understand. So I can remember.

Here is some of what he told me:

“Between a plate of French fries or a cigarette… the cigarette is actually a better choice. Don’t do either one,” he said. “They’re not good for you, but fried food is really bad for energy production, especially in the brain. And I know that’s bad news. But that’s just science.”

Dave does this every day. He takes a shower. And then the last 30 seconds are optimal cold water. “As cold as you can get it,” he said.

“How many days did you try it?”

“It takes four days. You are only going to get 10 seconds the first day. And you’ll actually get a headache. Here’s what’s going on: these temperature sensing mitochondria are worried about the Petri dish, (you) dying.”

It’s hard because your body is resisting. The mitochondria send you this panic signal. “Your job is to stand there a little bit longer each day and at the end of the fourth day it feels good.”

“Our bodies will rapidly adjust to cold,” he said. “It sounds weird, but Russians have been doing this and the Swedes… when you get a little bit of cold, it really helps your mitochondria be resilient. We’re building a resilient battery system. It makes the weak mitochondria die, so they could be replaced with strong ones.”

This is how you evolve better. Teach your body that what you thought is a threat… actually isn’t a threat at all.

“Now your resilience to the environment around you goes up and you burn more calories all day long. We’re talking four days of discomfort. After that, it actually feels good to turn the shower on cold.”

“Remember the ‘Swamp Thing’ comic book? Well… it’s real,” Dave said. “If you eat enough leafy green vegetables and get sunshine, you can actually make extra energy from the chlorophyll the way plants do.”

“It can add a small amount of energy to your system, “he said. “We will get energy from anywhere we can. We’re incredibly well-adapted for an environment of scarcity.”

Why? Because the body lives to reproduce. Not to thrive. But we’ve already mastered reproduction. And as humans, we want to thrive. We want to live beyond the difficult layers of our lives. Beyond the stress.

That’s why Dave bio-hacks. He used to weigh 300 lbs. He had toxic mould poisoning, which cause “mitochondrial dysfunction.” He was tired all the time. He had no energy.

“I fundamentally believe our core drive is to be nice. If you are well-fed and you have enough energy, your ability to be nice goes up.”

This is critical if you fly in airplanes.

Dave always sits at the front of the plane. He says you should too. “It’s kind of disgusting, but the good air comes in for the pilots. They actually have their own little air supply. They’re compressing air from outside the plane. And the guys at the back of the plane get the least oxygen… the most used air.”

He gave me a lot of advice. More than I can handle probably. He told me to wear sunglasses on the plane and beware of WiFi dense areas because it affects aging. I’m going to make a list. 10 reasons why my health matters. Then I’m going to reread Dave’s book.

I’ll start small. And I’ll follow the one piece of advice that seemed to matter most in my heart…