Abraham Lincoln Teaches Us How To Be Successful Despite Yourself

Abraham Lincoln Teaches Us How To Be Successful Despite Yourself 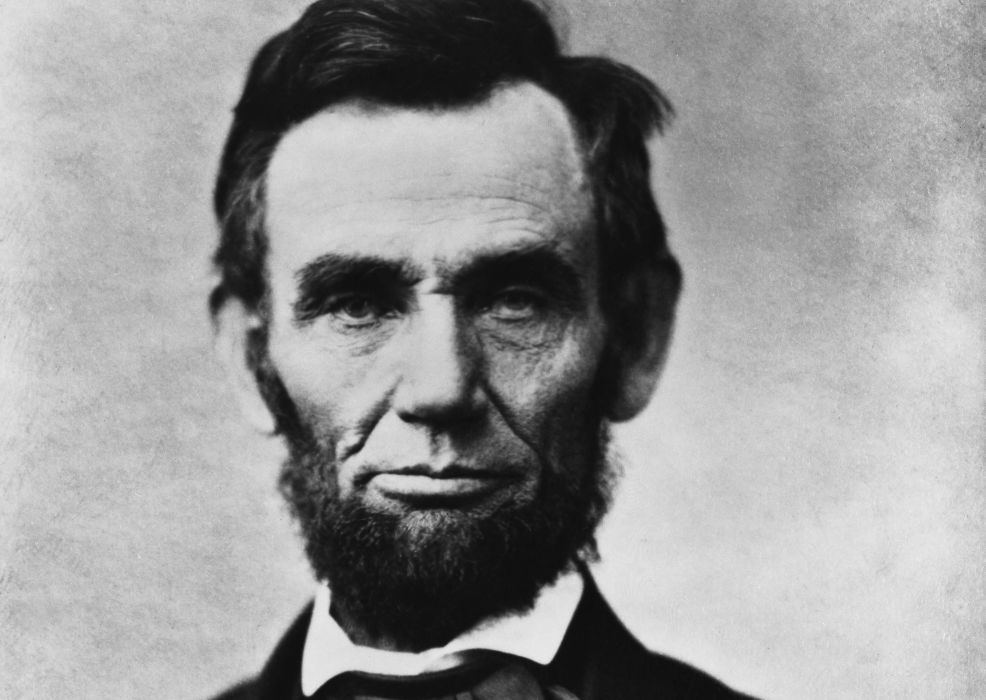 Here are a few facts about Abraham Lincoln. At age 9, he was kicked in the head by a horse.

He once almost drowned.

He suffered from malaria, a disease transmitted by mosquitoes that have the power to kill.

He disliked his first name, preferring that people refer to him by his last name.

A store he owned with a partner went under, leaving him in debt.

The first woman he truly loved died early in their relationship.

His favorite poems were about suicide.

Weeping in public was not uncommon.

And on top of all this, he was ridiculed for his awkward appearance.

It wasn’t all bad. Good things happened too. But even those didn’t break his sour mood.

Surrounded by crowds of appreciative supporters, about to receive a high honor, he looked glum and alone.

The following day, with the crowds gone, a colleague noticed him hiding at the end of a hallway – his head down and his hands against his face. As the colleague approached, he looked up – the picture of defeat – and admitted “I’m not very well.”

The name of this mysterious distant soul?

Feeling down and out, it would appear, does not mean you won’t be successful.

A. Lincoln (as he referred to himself), despite his grim view of things, was actually highly successful – as a lawyer, politician and one of the greatest Presidents America has ever seen.

How we see things does not necessarily impact on how well we will do in our career and life.

There are countless other examples.

The late, great Mike Wallace of 60 minutes fame was all consumed by depression, negativity and fear – at one point, planning to commit suicide because he said, “I’ve got to get out of here.”

If depression can’t kill accomplishment, what can? Apparently not insecurity or a lack of confidence.

Actress Helen Mirren has admitted to never feeling sure of herself, her entire life.

John Lennon once said, “Part of me thinks I’m a loser.”

Meryl Streep says she has spent many a day in self-loathing.

Are You An Imposter?

There’s even a term for successful people who are filled with endless self-doubt. They are the imposters.

Dr. Valerie Young, an expert in the field and best-selling author, says the imposter syndrome is more than lacking confidence. It’s a condition in which people attribute their success, not to their own abilities or talents, but to trickery – fooling people.

Perhaps you too, are an imposter.

The average person gains confidence after doing something over and over, improving each time – but the imposter is convinced progress happens for other reasons outside of themselves. They may never credit themselves, but many imposters do very well in life.

How is this all possible?

How is it possible to have a troubled mindset and still achieve success?

What the likes of Abraham Lincoln and Mike Wallace did was to act – out of a desire to make a difference, to affect change, to utilise time effectively.

They did so no matter how they felt.

According to some historians and psychologists, they were actually aided by their less-than-perfect outlook, unburdened by high expectations – undeterred by failure or criticism from others.

There is a growing movement in psychology towards “neutral thinking” for people who are depressed or living in despair. For them, trying to become positive is almost impossible. It is easier, and more practical, to maintain an even state – in which aspirations are kept in check, and the down side of things ignored.

Neutral thinking is about moderation and being objective – allowing us to see all sides of an issue while protecting us from knee-jerk reactions caused by uncontrolled emotion.

This new way of thinking is not really new at all, but was taught and practiced by the ancients – Lao Tzu, the founder of Tao, among them.

The Positive Take-Away From What Ailed Abraham Lincoln

Our moods – the ups and downs. Our frustrations. Our criticisms of the world. Our disappointments – in ourselves and in others.

None of this has the power to prevent you from moving ahead in your job and life, just like Abraham Lincoln did.

You can act, you can “do” – often blindly, without any expectations or assurances of success.

We must separate our state of mind from our God-given ability to undertake initiatives, and indeed to move mountains. The things we do, the things we say to others – even if we ourselves are not always in the best place – can, and will, do good in this brief time we are on this planet.

Rather than waiting for your inner soul to accept itself – go forth with plans. Take any entry point and act. Because, the truth of the matter is – the world needs you. No matter how you feel.