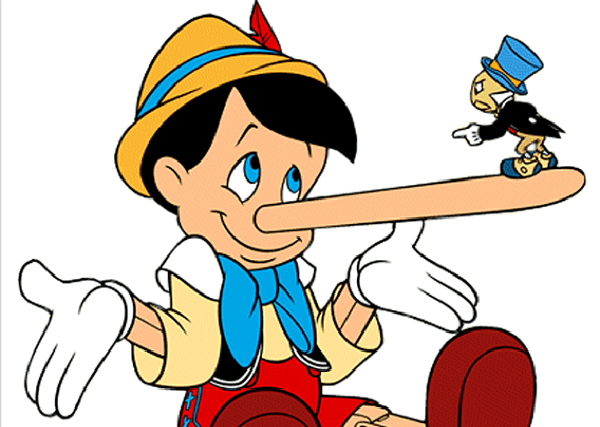 It’s almost been two years since I co-founded LA-based accelerator MuckerLab and since then, I’ve gotten pretty good at lying.

Not the “pants on fire” kinds of lies, but more like “Pretty Little Liars” ones. These are the types of lies that VCs and accelerators dole out to entrepreneurs because they are somewhat true, mostly innocuous, often keep people from crying, but are most definitely misinterpreted by entrepreneurs.

The truth is that we all make mistakes, we all have regrets, we (despite being world changing venture capitalists) are people too. The “best” kind of lies come from a good place because we don’t like making others sad, mad, or worse, so angry that they try to beat us up in the empty parking lot late at night for telling them their ideas suck.  Other times, we tell lies to cover our asses.

Entrepreneurs seem to think we know more than them, and yet only two years ago I was on the other side of the table reading every single VC blog and their associated drivel like it was the Gospel.  The reality is that customers, users, the market are the only true north, everything else is just opinion. Here are some of the “lies” VCs and accelerators that I picked up along the way and the associated translation. Hopefully, it will keep you from losing sight of your customers and users.

1. “We are very interested in investing, but it’s just too early.”

Translation: “I could be wrong, but I don’t think this thing will ever work.  But just in case I’m wrong and this thing becomes another Snapchat, please give me a call and I’ll pretend we are best friends.  Plus you seem like a very important person so I had better not piss you off and end up in some Oscar winning movie.”

Translation 1: ”It really sucks when another VC buddy asks me if I’ve seen a particular deal, and I’ve never even heard of it.  It makes me seem like I’m not the best and most connected VC in Silicon [add location] that I claim to be.  So I had better tell everyone that if they want my money, they had better come to me first, even if (or because) it usually takes me six months to make an investment decision.”

Translation 2: “It really kills my buzz when I meet an entrepreneur for the first time and they already have a term sheet from the big boys like Sequoia/Benchmark/Accel/Greylock.  I want in, but I can’t compete with these guys.  Plus, I’m cheap so I don’t want to pay more than I have to.  So I’ll say something that forces the entrepreneur to come to me with their idea first before they realize what a killer business they have so I can lowball them with a term sheet that explodes in two hours before Sequoia/Benchmark/Accel/Greylock has a chance to win them over.”

3. “We love the team but are uncertain about the market.”

Translation: “What a stupid idea. I can’t believe someone actually thinks this can work.  He might take this personally if I really tell him the truth so let me try to kiss his ass a little bit before letting him down.”

4. “We invested because of the team.”

Translation: “All my VC buddies looked at me funny when they heard I invested in this crazy deal. It sounded like a good idea at the time, but I now have total buyer’s remorse.  Things are not working out as I planned; no one is buying/using this mobile app that was supposed to be the next Google.  The team is pivoting.  I pray to God that they come up with a better idea this time.”

5. “I’m not investing because you don’t have a business model.”

Translation: “I’m so effing confused. I have no idea what you are talking about but I don’t want you to think I’m stupid because you talk really fast and throw out a lot of fancy words.  I’ll just say something to confuse the hell out of you too.”

6. “We are not like other VCs. We are value-added investors with a ton of operational experience.”

Translation: “Thirty years ago, I started a computer consulting business out of my dorm room and sold it to my uncle who happens to be the CEO of PeopleSoft for $150M. I also used to program in COBOL so ignore my Stanford MBA, I’m really a geek just like you.  I know exactly what it takes to scale a business from nothing to over $1B in revenue in two years.  Those other guys, they are just a bunch of Stanford MBAs.”

7. “We are the best. We are investors in Pinterest/Snapchat/Twitter/Facebook”

Translation 1: “We bought 100 shares in Pinterest/Snapchat/Twitter/Facebook from their head chef at quadrillion dollar pre-money valuation.  We can now use that logo on our website and in all our press release.  We are geniuses.”

8. “We invest in seed stage startups.”

Translation 1: “I have too much money in my fund to bother with investing in these diddly squat seed stage companies.  Plus as it turns out, I’m just not that good of VC.  I have no idea how to evaluate a new venture unless it has a ton of revenue or traction.  BUT I don’t want people to know that I’m either too rich or too stupid to be a real VC so I’ll just tell people I invest in seed stage companies even though I only do five of them a year when Marc Andreessen tells me to.”

Translation 2: “I hate missing out on deals and it seems like I don’t have a good deal flow.  I’ll tell everyone I invest in seed stage startups just in case I miss out on the next Facebook even though I do mostly series A deals.  Also, I can just pretend that ‘I’d like to build relationships with entrepreneurs first before investing’ when I end up leading on the entrepreneur forever.”