6 Trends Startups Must Cope With In 2013

6 Trends Startups Must Cope With In 2013 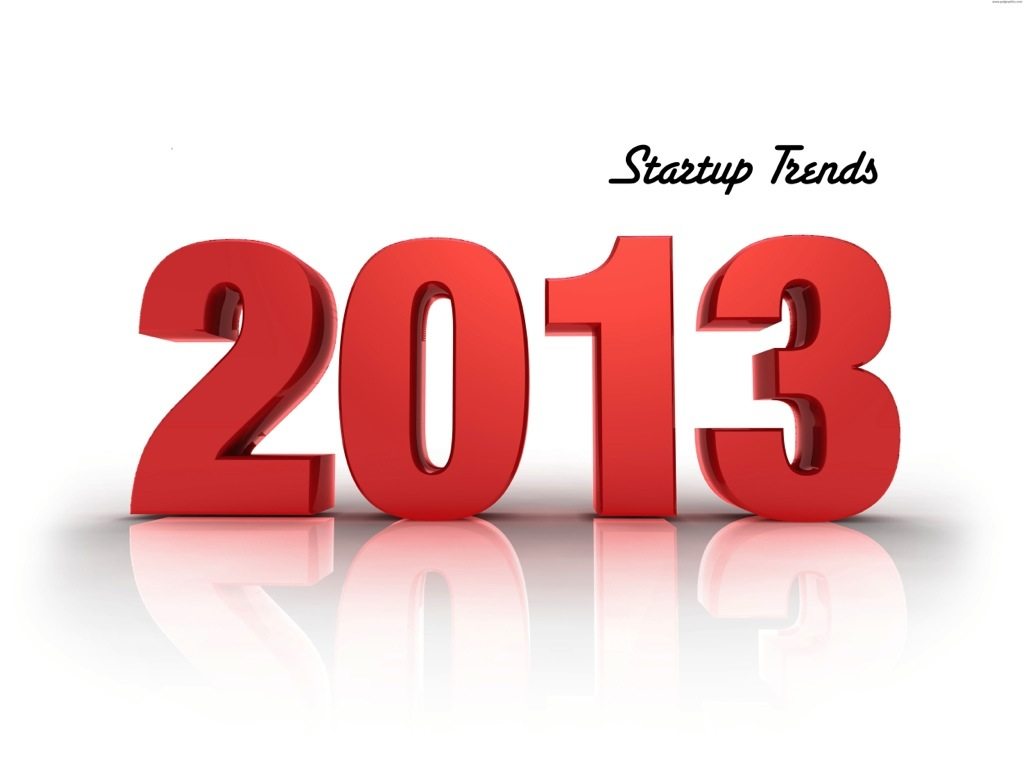 Predicting the future is notoriously difficult, and the volatile world of high-tech startups don’t make things any easier. Here are the predictions of the famous and fearless tech prognosticator Paul Kedrosky, a senior fellow at the Kauffman Foundation, focused on entrepreneurship, innovation and the future of risk capital, for the startup world in 2013.

Kedrosky shared six thoughtful insights about what the future is likely to bring. Most of them could be seen as warning signs, but there are some bright spots sprinkled in there as well.

1. Accelerators Will Slow Down

Startup accelerators were a big story in 2012. By the midpoint of the year there were more than 200 accelerators worldwide, attracting twice as many applicants as they did just two years ago. Recently, however, it’s become clear that most accelerators were not turning out viable companies. And now we’re seeing the first signs of an accelerator slowdown. Y Combinator, the world’s leading accelerator, cut its funding to $80,000 from $150,000 per company and reduced its next class to less than 50, down from 84 in the most recent group.

“I think this will turn out to be the peak,” Kedrosky said, “But that does not mean things will tail off dramatically” because accelerators are relatively cheap to start. “This move by Y Combinator is significant… This was not a gut decision but one that was empirically driven by the quality of the incoming classes they were seeing. And what they saw happening with their outgoing classes and their propensity to raise funding.”

2. The Enterprise Will Strike Back

Revenue. What a concept. It took a few years – and a few thousand failed consumer internet startups – but investors have gone back to the basics and now demand that companies they fund have income, not just a lot of Web users or app downloads. That means more funding for startups targeting the enterprise in 2013, less funding for startups aimed at consumers.

A related trend Kedrosky sees is the return of discipline. “You won’t see crazy valuations,” he says. “Discipline went out the window the last few years – and it comes back in 2013.”

3. The Cash Gap Will Fix the Talent Gap

The toughest job for startups in recent years was not pulling investment but attracting talented people. With funding freely available, companies launched right and left. Combine that with ever-present competition from high-paying tech giants like Facebook, Google and Twitter and you’ve created a severe talent shortage.

Kedrosky predicts the talent gap will be closed in 2013. “I notice that good startups are now composed of a group of people who two or three years ago would have been out doing their own thing,” he said. “Now they’re happy to work as team that has a real chance of going somewhere. The reason for that is the cash trade. Cash now versus cash later. It’s generally accepted that cash later is going to be a lot harder to come by, whether it’s in the form of funding cash or exit cash.”

Everyone’s talking about the coming Series A funding crunch. Kedrosky thinks it will be eased by the return to the venture market of big investors like pension funds. They’ve been staying away from venture funding after getting burned in the downturn – but they’re beginning to come back.

“That’s been the story for the last six years, actually – Limited Partners (LPs) shying away from the asset class,” he said. “But I think this is the end of the venture market contraction. I think these LPs will stop cutting their commitment to venture funds because they see it as a lottery ticket in their portfolios. The rate of new venture partnerships getting funded will be the highest in a decade or more next year. As a result, that will change the dynamics in the market fairly materially.”

Countries from Chile to Turkey have tried to cook up their own startup ecosystems in the past couple of years. Most have discovered just how difficult it is to make a Silicon Valley from scratch. You can’t simply choose a local geographic feature, attach the word “Silicon” and wait for the high-tech boom.

“My feeling is that these efforts will prove to have been mis-timed to the market peak,” Kedrosky said. “I’m not optimistic about the success of these startup ecosystems and that will begin to show next year. Too often these first attempts are sheer mimicry of what’s happening in Silicon Valley. ‘Let’s do what the U.S. is doing but let’s do it years later.’ That’s not sustainable. It’s not the basis for building a fertile ecosystem.”

The upside is that a lot of young people got their first taste of entrepreneuring and may very well be more successful the next time around. “This first wave will end badly,” Kedrosky says, “but they could go on in the future to do bigger and better things.”

Big data startups were a big deal in 2012. But the big data sector is in for a large letdown in 2013, Kedrosky predicted. “We’ve hit the end of that cycle. We’ll soon start to ask, ‘Why there were so many startups in big data and how come so many got funded?’ People will have post-funding regret in the space.”

As clean-tech startups were revealed to be unsuccessful in 2012, Kedrosky forecasted 2013 will be the year that exposes big data startups. “It will be revealed that data alone is not enough for these companies to make money. In the past, the thinking was, ‘If I have enough eyeballs I can make money.’ That proved to be wrong. In the same way, just having the data will also prove to be wrong in terms of being able to make money… What really matters is having a paying customer.”

[Editors note: This post was originally published at ReadWriteWeb]