5 Reasons Why Your Business Needs Intrapreneurs

5 Reasons Why Your Business Needs Intrapreneurs 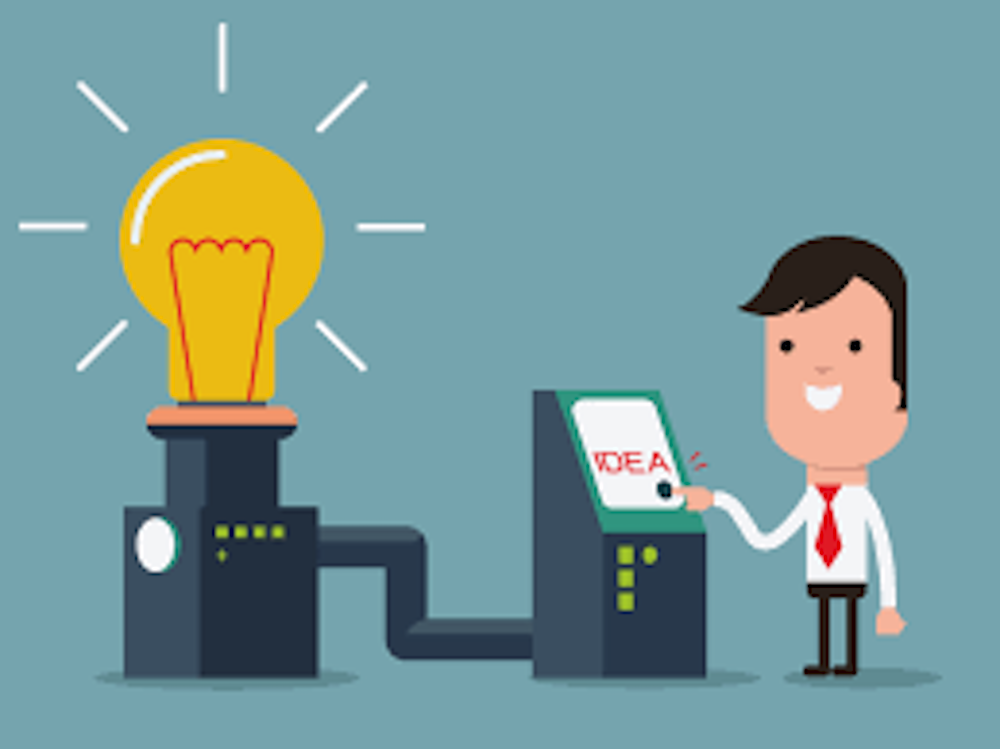 Large companies usually learn the hard way when it comes to innovation. They get either complacent and comfortable or conservative in their growth approach and that has never helped anyone. Thankfully, there are exceptions to every rule.

These exceptions are companies that truly believe in, and diligently fuel the flame of intrapreneurship within their ranks. The term Intrapreneurship was coined by management consultant Gifford Pinchot III in the late 70’s and was popularised by academic researcher Howard Edward Haller as well as the genius visionary and co-founder of Apple inc., Steve Jobs.

If your aim is to create smart solutions, slick products, or simple but unique processes, what your business needs is enterprising minds, full of ideas and hungry to experiment, which are just waiting to be discovered. But don’t look too far. There is an existing pool of untapped talent right in your offices.

It’s impossible to emphasise how important intrapreneurship is to the future of your company. Perhaps history can give you some perspective. 3M’s Post-Its, Google’s Gmail, and Facebook’s ‘Like’ button are few examples of what happens when employees with a solid idea and a plan to see it through are backed by employers that provide the resources and assistance to develop these ideas.

If this wasn’t reason enough for you to embrace the intrapreneurship way of work life, it’s time to try the millennial route.

Following are 5 key reasons why intrapreneurship is not just important but a veritable need in every business today that aspires to stand apart:

It Creates A Perennial Pool Of Ideas

It all began with an idea. In today’s lightning paced world, it’s wise to tack away any unused idea for future use. Traditional companies rely on a select few to do the thinking and come up with ideas. In this case, pro-intrapreneurship companies have the upper hand because ideas are encouraged, and expected, from everyone. This drives the sheer volume of ideas due North, giving the company and its employees a whole lot more to tinker with. So whether it’s improving an existing product or creating a completely new one, with intrapreneurship you will never run out of ideas.

Intrapreneurship helps inculcate in your team an entrepreneurial frame of mind. This mindset is what leads to identifying new ways of doing business and also individuals that are up to the task.

For instance at Gozoop, most of the accounts are divided into individual verticals like a company’s Strategic Business Units. And just like SBUs, these verticals are independent entities, governed entirely by themselves. From growth strategy and new business to hires and accountability, those in charge of these SBUs are responsible for everything.

It Leads To Innovations

It is common knowledge that innovation plays a vital part in an organisation & its growth. But this growth is hugely dependent on an equal partnership between intrapreneurship and innovation.

Work environments that are conducive to intrapreneurship give rise to innovative thinking and make it okay for employees to take some time out of the regular day and work on something that’s their personal project which could perhaps benefit the organisation.

Case in point, Gozoop has its own internal programme called GZ Sparks which is a platform for employees with entrepreneurial potential to present their ideas, whether for a product, process, or service, and receive guidance and support to see their vision to fruition.

Another example is the Gozoop ELP – Emerging Leaders Program which begins in January, 2017.

ELP is a ten week long, highly intensive training program that trains talented Gozoopers to stay ahead of the curve with the eventual goal of transforming them into future leaders. We aim to do this through live group projects, workshops to tackle specific subjects, and case based experiential training with a lot of exposure to industry events and gurus. What’s more, the programme is completely customised for individual employees and addresses their particular strengths and weaknesses.

At the very essence of it, intrapreneurs are talented problem solvers with a risk taking ability and an eye out for what’s possible. Intrapreneurs take risks and find more effective ways to accomplish tasks, provide solutions, or increase productivity. There’s a lot that your organisation stands to gain by implementing routines to encourage intrapreneurship; as has been demonstrated by a lot of companies like Google, 3M, Facebook, Shutterstock, and Sony that employ in-house programs like 20% time policies, hack-a- thons, contests, skunk word and other programmes.

It Creates A Sense Of Achievement

Identifying and nurturing intrapreneurs not only benefits you as an organisation but also has a positive impact on your employees attitude and morale. By entertaining their ideas and helping them fulfill their vision, you instill a sense of belonging and achievement in them that a traditional job is hard put to provide. We witnessed something similar with the setting up of Gozoop’s operations in the United States. Our Chief of Operations, Leon Rose and Chief of Strategic Development, Mike Moskovits are two enterprising individuals who, after training with us, were completely up to the task of setting up shop in the US. This move further broadened Gozoop’s global footprint and gave both Leon and Mike a sense of accomplishment and the drive to run the place like their own.

Intrapreneurship is an important factor to keep in mind while trying to retain an employee. If someone with potential is on their way out, it could very likely be because of a restrictive environment that didn’t let them flourish or innovate. Try offering them a role that puts their potential to better use and give them the leeway to create and experiment. This would also help improve your organisation’s attrition rate.

To sum it up, entrepreneurs must strive to create a culture of intrapreneurship inside their organisations. Allow and encourage thought-provoking conversations and green signal trying one’s hand at experimenting during work hours. Let your employees know that it’s okay to fail and that that’s no reason to stop innovating. Your company needs people who can take risks and can back them up with talent and hard work. Frankly, your company’s competitive edge is pretty much dependent on them.

Smart companies realise that intrapreneurship is a boon to their business in the long and very long run. It’s time to be a smart company.

[This post is authored by Ahmed Naqvi and Rohan Bhansali, Co-founders, Gozoop.]