12 Must Watch TED Talks for Entrepreneurs

12 Must Watch TED Talks for Entrepreneurs 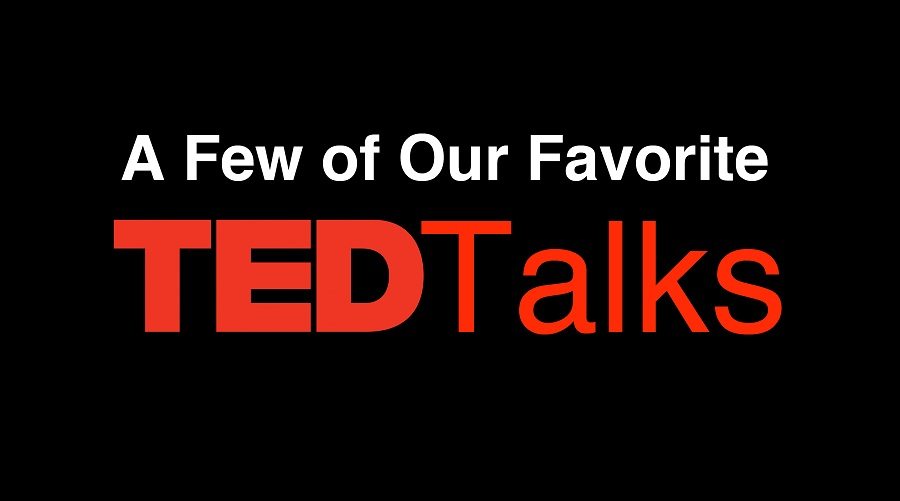 TED is a circuit of highly popular conferences that present “Ideas Worth Spreading” – which have quickly grown to become some of the most well known conferences around the world. TED has attracted presenters such as Bill Clinton, Jane Goodall, Larry Page, and a large handful of Nobel Prize Winners.

We believe passionately in the power of ideas to change attitudes, lives and ultimately, the world.

Many of the presentations, known as TED Talks, present ideas that are particularly valuable to entrepreneurs. I put together a collection of TED Talks that all entrepreneurs should find interesting and worthwhile:

Let us know which TED Talk you think should have made the list in the comments.

Entrepreneurs can learn a lot by studying behavioral economics. Rory Sutherland, Vice Chairman of Ogilvy & Mather (one of the biggest marketing/advertising agencies in the world), makes the assertion that a change in perceived value can be just as satisfying as what we consider “real” value. The idea that intangible value can strongly influence opinion (and purchase decision) is evidenced in Sutherland’s humorous and deeply insightful presentation that every entrepreneur – certainly every marketer – should watch.

If you like this TED talk, also see “Sweat The Small Stuff,” an equally entertaining argument to put more focus on small details instead of big expensive problems. I also recommend his book “Rory Sutherland: The Wiki Man.”

People don’t buy what you do, they buy why you do it. Simon Sinek is an author, motivational speaker, and strategic communications professor at Columbia University. Sinek has a simple but powerful model for inspirational leadership that starts with his famous “golden circle of motivation” and the question “Why?”

If you like Simon Sinek’s TED talk, you should also check out his popular blog Re:Focus which is regularly updated with fascinating articles that will help entrepreneurs build businesses. Also check out his book “Start With Why: How Great Leaders Inspire Everyone to Take Action.”

Dan Ariely: Are we in Control of our own Decisions?

The decisions we make are not only inevitable, but they’re also extremely predictable. Dan Ariely is a behavioural economist, professor, and author. He uses his own shocking research findings to show how we’re not as rational as we think when we make decisions.

Seth Godin: How to get your Ideas to Spread

Be remarkable. Safe is risky. Being very good is one of the worst things you can do. Everyone has heard the expression “The best thing since sliced bread” but did you know that for 15 years after sliced bread was invented it wasn’t popular? The success of sliced bread, like the success of anything, was less about the product and more about whether or not you could get your idea to spread or not.

Marketing guru and author Seth Godin spells out why, when it comes to getting our attention, bad or bizarre ideas are more successful than boring ones. Godin has published almost a dozen best-selling books, some of the most popular being: “Purple Cow: Transform Your Business by Being Remarkable,”  “All Marketers Are Liars,”  “Linchpin: Are You Indispensable?”  and “Poke The Box.”

The food industry used to determine what people want to eat by asking them – as you may have seen in the focus groups portrayed on Mad Men. Fact is, people don’t know what they want. Ask people what kind of coffee they like and they’ll say a “dark, rich, hearty roast” – in fact, most people actually want milky weak coffee.

Malcolm Gladwell, author, journalist, thinker, gets inside the food industry’s pursuit of the perfect spaghetti sauce, and makes a larger argument about the nature of choice and happiness.

Unilever (they own 400 brands, including: Dove, Lipton, Becel, and more) hired some of the most brilliant engineers in the world to design the perfect nozzle to squirt out laundry detergent. No one could get it right. So they used trial and error instead. They created ten random variations of a nozzle, and kept the one that worked best. Then they created ten variations on that one, and kept the one that worked best, and so on. After 45 generations Unilever developed a perfect laundry detergent nozzle with absolutely no idea why it works.

In this TED talk, economics writer Tim Harford studies complex systems and finds a surprising link among the successful ones: they were built through trial and error. He asks entrepreneurs to embrace our randomness and start making better mistakes.

Steven Johnson is a best-selling author of seven books all on the intersection of science and technology woven together by personal experience. Johnson’s book, “Where Good Ideas Come From: The Natural History of Innovation” digs deep on the topic introduced in his TED Talk above. Also check out his most recent book which is only available for pre-order “Future Perfect: The Case for Progress in a Networked Age.”

Cameron Herold thinks weekly allowances teach kids the wrong habits – by nature, they teach kids to expect a regular paycheque, something to which entrepreneurs usually don’t get. Herold’s two kids don’t get an allowance. He’s taught them to walk around the yard looking for stuff that needs to get done, then they negotiate a price. In his TED Talk above, Herold makes the case for a new type of parenting and education that helps would-be entrepreneurs flourish.

Cameron Herold is an entrepreneur through and through. He’s been building businesses since he was born – moved on to create 1-800-GOT-JUNK, now he coaches CEOs all around the world. His book “Double Double: How to Double Your Revenue and Profit in 3 Years or Less” came out last year, and is a step-by-step guide to grow your business.

Dan Cobley: What Physics Taught Me About Marketing

Physics and marketing don’t seem to have much in common, but Dan Cobley (one of Google’s marketing directors) is passionate about both. Using Newton’s second law of motion, Heisenberg’suncertainty principle, the scientific method, and the second law of thermodynamics, Cobley explains the fundamental theories of branding.

The office isn’t a good place to work, meetings are toxic, and ASAP is poison. In Jason Fried’s TED Talk, he lays out the problems with “work” and offers three suggestions to fix a broken office.

Jason Fried is the co-founder and president of 37signals, a company that builds web-based productivity tools. Fried and David Heinemeier Hansson wrote the book “REWORK”, which is about new ways to conceptualize working and creating.

Daniel Pink: The Puzzle of Motivation

Traditional rewards aren’t always as effective as we think. Sometimes using money as motivation does more harm than good – and people perform far worse when motivated with cash.

Daniel Pink is a best-selling author, journalist, and the former chief speechwriter for US Vice President Al Gore. If you enjoy Pink’s TED Talk, check out two of my favorite books by Daniel Pink, “Drive: The Surprising Truth Abou What Motivates Us” and “The Adventures of Johnny Bunko: The Last Career Guide You’ll Ever Need.”

Why do people succeed? Is it because they are smart? Or are they just lucky? The answer is neither. Success Analyst, speaker, and author Richard St. John asked over 500 extraordinarily successful people what helped them succeed. He analyzed their answers and discovered eight traits successful people have in common. His book “The 8 Traits Successful People Have in Common: 8 to Be Great” goes into further detail on each of the traits that are briefly outlined in his TED Talk above.

Also do checkout the TEDxBITSHyderabad event we are conducting in November at BITS Hyderabad this year. Click here to goto the website: www.tedxbitshyderabad.com

Let us know which TED Talk you think should have made the list and which ones were your favorite in the comments below.