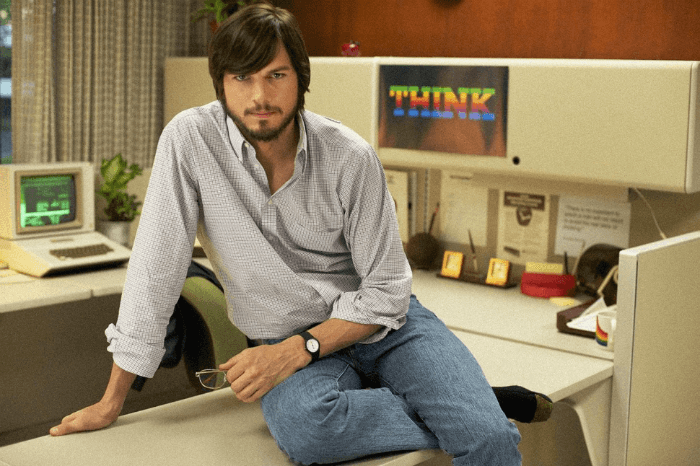 There are some movies that always motivates our ideas to be in the forefront. Some help to increase the sale of stocks, while others help to know the epithets of an entrepreneur. The Wall Street dramas, the Silicon Valley tech tycoons and even people who share a regular life have an entrepreneurial edge to them.

Here is a list of movies which every entrepreneur must watch:

The most revered and innovative entrepreneur of the 20th century, Steve Jobs needs no nomenclature. The first story every aspiring and budding entrepreneur wants to know. The story about the crazy ones, the round peg square holes, the rebels and the misfits. You cannot miss this one! Ashton Kutcher starring as Steve Jobs took the minds of myriads by awe. The movie unfolds the ascension of Jobs from a college dropout to becoming the iCEO of Apple.

The entrepreneurial edge: This movie can motivate everybody at all times. It teaches how to do things differently, because as Jobs said, “the people who are crazy enough to think they can change the world, are the ones who do.”

Jordan Belfort was the show stopper of Wall Street. The stock trader portrayed by Leonardo DiCaprio with an undeniable spirit was a big hit in the theatres. He was in a cacophony of ambition and rage when selling the shares of penny stocks. Belfort had the zeal of an excellent salesman.

The entrepreneurial edge: How he turned the sales of penny stocks into a multinational million dollar company.

A true underdog story of a Rocky Balboa (Sylvester Stallone) who is given the chance to fight the Heavyweight Champ. He has a chance to make a better life for himself by going head to head with the competition and winning. It shows the strength of one man who held  his dream even when he had almost lost everything in life.

The entrepreneurial edge: Most mom-and-pop shops are the underdogs compared their Big-Box competition. However, both can be competitive and succeed in today’s world.

This is the Google story. Billy and Nick are salesmen whose careers have been torpedoed by the digital world. Trying to prove they are not obsolete, they defy the odds by talking their way into a coveted internship at Google, along with a battalion of brilliant college students. But, gaining entrance to this utopia is only half the battle. Now they must compete with a group of the nation’s most elite, tech-savvy geniuses to prove that necessity really is the mother of reinvention.

The entrepreneurial edge: When you have to do it, you gotta get up, go there and get it done. Entrepreneurs cannot wait for it.

Starring Johnny Depp as George Jung, Blow is the story about the man who established the American cocaine market in the 1970s. Following the life of cocaine-trafficking pioneer George Jung in a way that recalls Martin Scorsese’s Casino, Blow recounts the man’s days from his 1950s childhood in Boston to his downfall in the 1980s. George begins his life as the son of Fred, an earnest breadwinner, and Ermine, who frequently walks out on them in pursuit of a more fulfilling life.

The Pursuit of happiness

Christopher Gardner (Will Smith) is trying to support his family by selling medical devices that no one wants. He sees a chance to fight for an internship selling stocks, but its 6 months of no pay. To make ends meet, he continues to push the medical devices and becomes homeless.

But he continues down the path to pursue the career he’s after.

The entrepreneurial edge: This movie shows how one man overcame obstacles and worked smarter and harder than the competition and also his patience and resilience to win it.

Happy to have a job in this economy? You should be, but that doesn’t mean you should be miserable day in, day out. For fed-up cubicle warriors who need an extra push–to do their own thing or at least to shake things up a bit–this gut-busting classic is for you.

Jerry Maguire, played by Tom Cruise, had it all: a great career, lots of friends and a beautiful fiancé. One day, however, he has an epiphany: Sports agents shouldn’t just be looking at the money scenes but how to take care of their clients. Jerry loses everything and goes on journey to regain everything he’s lost.

The entrepreneurial edge: When you’re following your dream, everything else will fall into place both professionally and personally.

Billy Beane, Oakland’s A general manager has the lowest salary available for players in Baseball. All of his star players are being picked up by bigger teams and he’s left to look at how to create a winning team without the competitive edge that money can buy. The solution is to look at statistical data and pick players based on their stats alone to fill in gaps needed on his team.

The entrepreneurial edge: Bootstrapping is something many small business owners are accustomed to doing. This movie shows how taking an innovative approach to an existing way of doing business when you have little to no money can beat the competition. It teaches entrepreneurs to figure out how to make something better.

This movie is a biographical look at the men who founded Microsoft and Apple. It focuses on the initial days of both companies and how they differed in their from each other.

The entrepreneurial edge: This movie shows their struggles and successes of Steve Jobs and Bill Gates and how they became the founding fathers of the tech world.

It is the story of the social network giant, Facebook. Harvard student, Mark Zuckerberg created this social network in his dorm room and later sued by classmates who claim he stole their idea and a co-founder who was squeezed out by rapid moving company.

The entrepreneurial edge: There’s no denying the impact Facebook has on everyday life. This is a great story about taking the idea and turning it into one of the most profitable businesses.

With the unemployment rate stubbornly stuck near 10%, David Mamet’s stinging script about desperate New York real estate salesmen fighting for their jobs cuts almost too close to the bone. The all-star cast includes Al Pacino, Jack Lemmon, Alan Arkin, Ed Harris, Kevin Spacey, Jonathan Pryce and, of course, Alec Baldwin, who delivers one of the most oft-quoted speeches in business-movie history. Lesson for business owners? Find better ways to motivate your closers than reminding them that third prize in this month’s sales contest is “You’re fired.”

The entrepreneurial edge: Entrepreneurs are sales people. They have to sell their vision, product, company and purpose in everything they do. And usually closing the sale is the most difficult part, but it should always be pursued.

Tell us which one is your favourite one or any movie that we might have missed out in the comments!